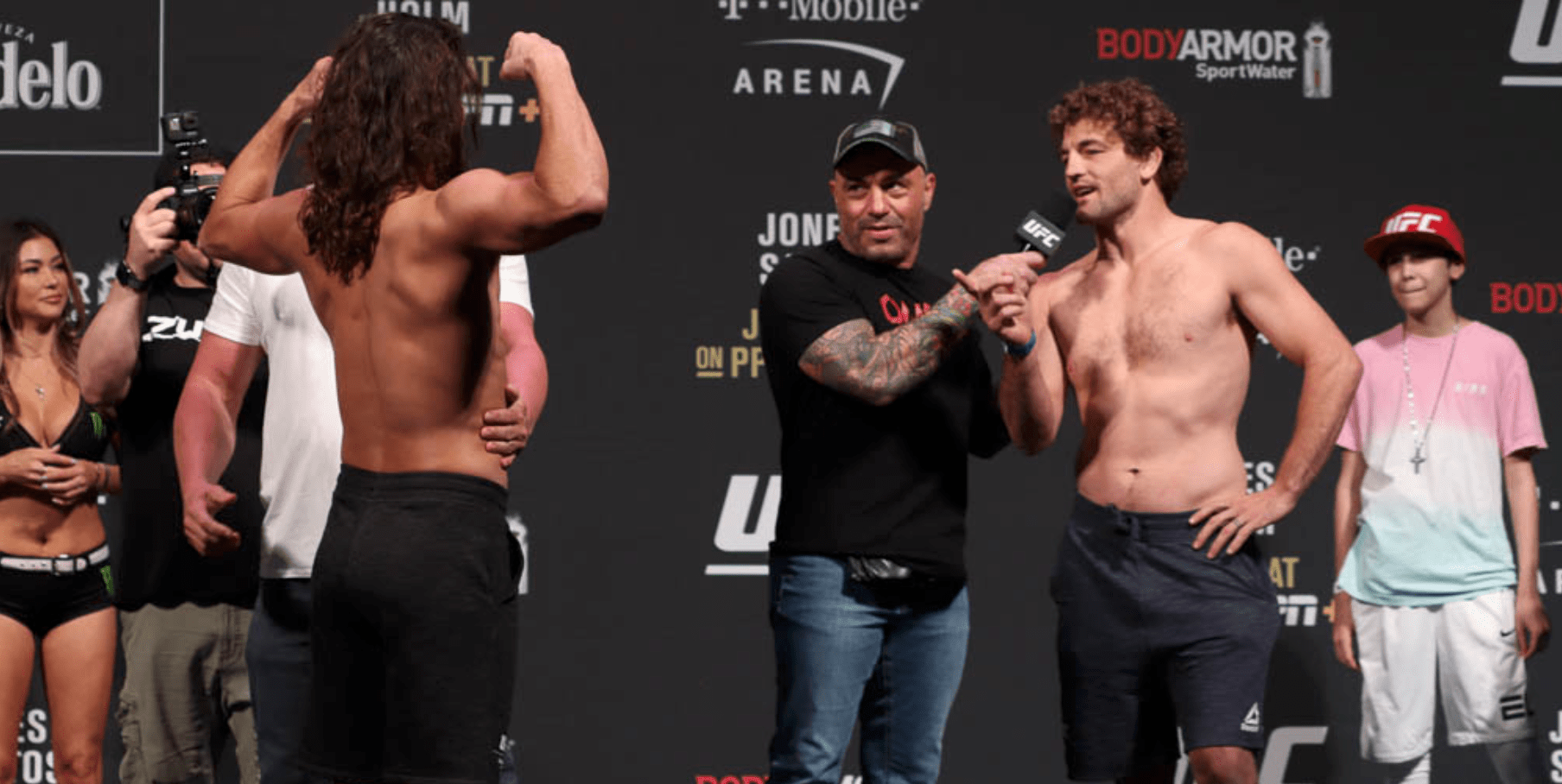 Last night at UFC 239, history was made when Ben Askren faced Jorge Masvidal in a pivotal welterweight clash. The outcome however wasn’t something many expected. With Askren being one of the best welterweights on the planet, and Masvidal being on a tear recently, the fans expected to see a back-and-forth action between the two fighters. However, Masvidal turned the script upside down when he knocked Ben out cold in just five seconds.

In fact, when Jorge landed the knee flush, Askren was already out cold, within the first two seconds of the fight. The referee then had to step in and prevent Masvidal from doing more damage, as Ben Askren was left unconscious, his legs stiffened. The doctors then immediately tended to Askren, who was left unconscious for over two minutes. As “Funky” Ben finally regained consciousness, he was sat on a stool, while Masvidal took it all in.

With his five second knockout victory, Jorge now also holds the record for the quickest knockout in UFC history. While Masvidal has since talked about how he doesn’t genuinely like Askren, and would still slap him if he saw him at a convenience store, Ben was quickly ushered to a hospital, and was checked upon by the doctors.

Since then, Askren, to his credit, did not hide or shy away. Instead, Ben took to Twitter, and acknowledged his loss.

The KO loss at UFC 239 also marked Ben’s first ever loss in his professional MMA career. Ben won world titles in Bellator MMA and ONE Championship, and decided to come out of retirement when an opportunity presented itself to compete in the UFC.

With the win, “Gamebred” is now almost guaranteed to receive the next title shot against the welterweight champion, whenever that may be.