Chael Sonnen And Tito Ortiz Go At It On Twitter 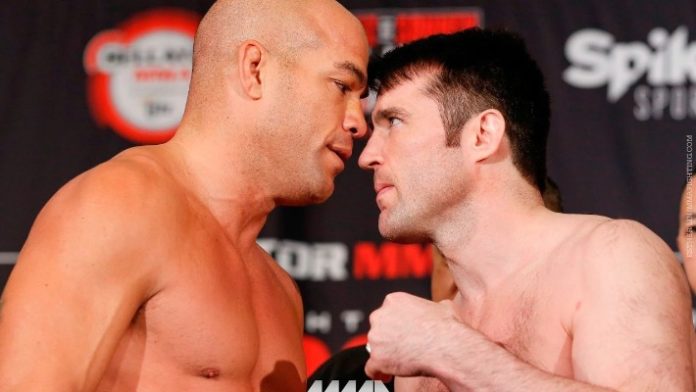 It’s no secret that Chael Sonnen and Tito Ortiz don’t like each other. Even after they fought two years ago, the trades between the two continued to be fired.

Then yesterday, as we reported, Chael called out ‘stupid’ Tito on Twitter and suddenly it looks like we could be seeing a rematch between the two former UFC fighters.

It didn’t take long for Ortiz to reply, saying it would be fun to torture Sonnen in the cage. Now Sonnen has just responded, mocking Ortiz for his hand speed. Or lack of it!

Ortiz recently just came out of a short retirement to fight his old rival Chuck Liddell, knocking him out in the first round.

Sonnen has fought three times since their first encounter, beating Wanderlei Silva and ‘Rampage’ Jackson. Before losing to Fedor Emelianenko in the semi-finals of the Bellator Heavyweight Grand Prix.

Ortiz won their previous fight at Bellator 170, winning via a rear naked choke in the first round.

Do you want to see this fight played back in 2019?