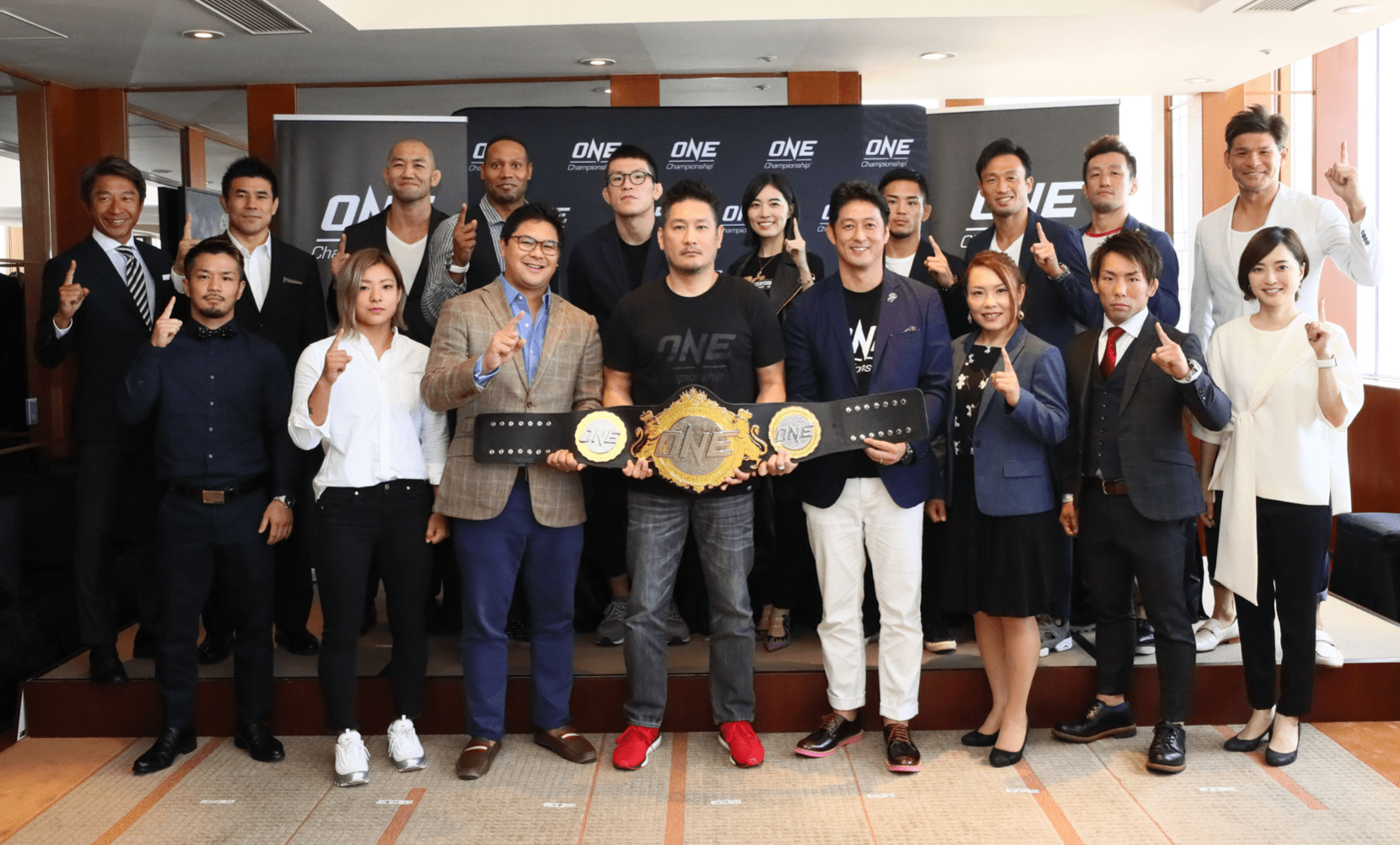 ONE Championship held an official ONE: CENTURY Media Day at the Park Hyatt in Shinjuku yesterday. In attendance was ONE Championship Chairman and CEO Chatri Sityodtong, who was accompanied by ONE Esports CEO Carlos Alimurung and President of ONE Championship Japan Andy Hata.

Chatri Sityodtong, Chairman and CEO of ONE Championship, stated: “ONE Championship aims to bring the spirit of martial arts back to Japan with our historic 100th live event. I am extremely grateful to have the support of the best Japanese athletes in the world, and the Japanese people. Five years from now, I hope to have all of Japan join us in our mission to bring inspiration to the world through our heroes, our values, and our stories. As a company, our impact on society is enormous. We take this responsibility very seriously. For me, the most important thing is showcasing the very best of humanity. ONE Championship is inspiring the people of the world to chase their dreams and to be the best they can be, to dream more, do more, and be more in life.”

Carlos Alimurung, CEO of ONE Esports, stated: “ONE Esports is here to take global leadership in the industry. Japan is a country with so many amazing stories. ONE Championship is exactly what the esports industry needs. It needs a vehicle to tell the amazing stories of esports athletes. I feel that we have the opportunity and the responsibility to share these stories with the world. My message to young Japanese boys and girls who want to become esports athletes is, that it’s a lot of hard work. It takes a lot of discipline and diligence. You have to be a student of the game. So whether you want to be an incredible basketball player, or tennis player, or esports athlete, you have to put the work in. That’s what it’s going to take to get to the top.”

Andy Hata, President of ONE Championship Japan, stated: “The mission of ONE Championship is extremely important, and it hasn’t changed since the company first started many years ago. The goal has always been to ignite the world with hope, strength, dreams, and inspiration. Japan, of course, has played a huge role in the history and culture of martial arts. Now, we get the opportunity to spread positivity in everyday life through martial arts and through our ONE Championship heroes. ONE Championship is here to give back to Japan, to strengthen the Japanese martial arts community, and to bring forth a new era in the industry.”