Kadestam To Defend Title Against Abbasov At ONE: Dawn Of Valor 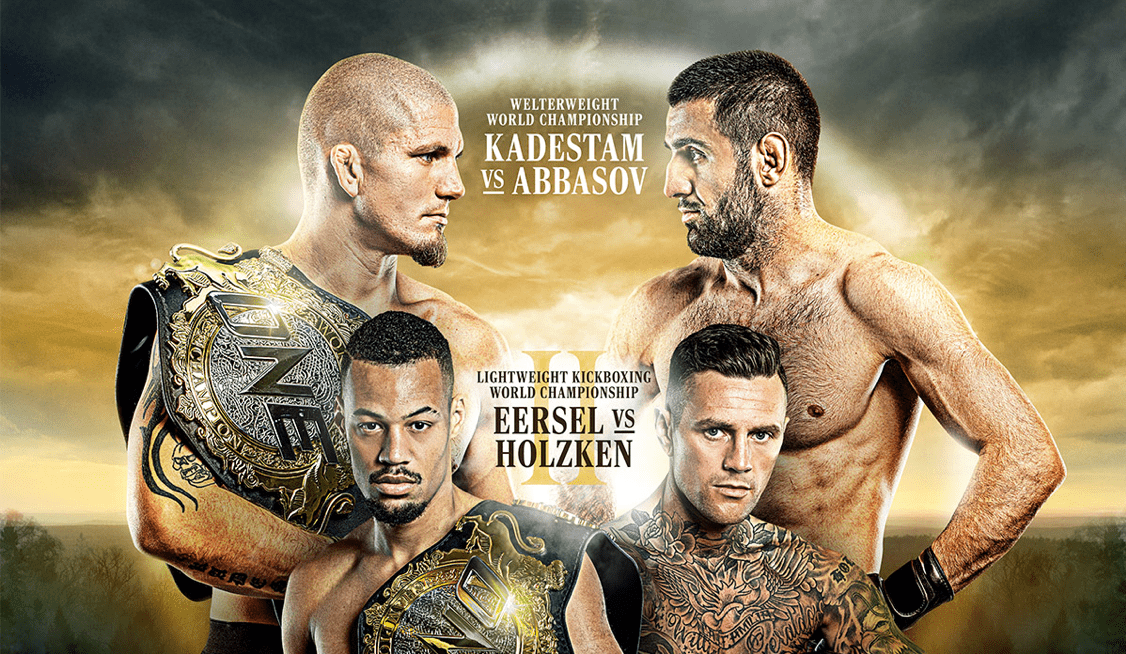 ONE Championship has just announced its return to Jakarta, Indonesia with ONE: DAWN OF VALOR. Set to take place at the Istora Senayan on Friday, 25 October, ONE: DAWN OF VALOR features the absolute best in world-class martial arts talent.

Kadestam started training in Muay Thai when he was 12 years old, and later embarked on a highly successful professional career in the sport. Soon, he explored other disciplines, as he trained at Pancrase Gym in Stockholm, and also traveled to Thailand and the Philippines to sharpen his skills under famed martial artist Ole Laursen. “The Bandit” joined ONE Championship in May 2017, claimed the ONE Welterweight World Championship in November 2018 in Jakarta, and successfully defended the title for the first time this past March. Now Kadestam returns to the same venue where he won the gold for his second defense.

Abbasov, a Prime Selection GP Welterweight Champion, was raised by a single mother in his hometown of Bishkek, Kyrgyzstan’s capital city. There, he began his martial arts journey with Greco-Roman wrestling, and later added boxing to his arsenal. Early in his career, he won two tournament championships, including a tournament in December 2016 where he beat three different men in one night. Today, he is one of Kyrgyzstan’s top mixed martial artists. In his most recent outing, Abbasov spoiled Yushin Okami’s promotional debut, defeating his decorated Japanese opponent by technical knockout. In Jakarta, he will challenge Kadestam for the ONE Welterweight World Championship.

In the co-main event of the evening, Eersel will defend the ONE Lightweight Kickboxing World Championship against Holzken in a rematch between Dutch kickboxing superstars.

Eersel represents the famed Sityodtong Amsterdam Muay Thai camp. He has made a name for himself as a Lion Fight Super Middleweight World Champion and an MFC Kickboxing World Champion. He initially began his martial arts journey by training in taekwondo at the age of eight. After experiencing success in taekwondo competition as well as amateur kickboxing, Eersel decided to turn professional, and has since put together an incredible record of success. Last May, “The Immortal” reached the pinnacle of the sport when he defeated Holzken via unanimous decision to capture the inaugural ONE Lightweight Kickboxing World Title. Now he looks to defend it successfully for the first time against “The Natural” in a rematch.

Holzken is a multiple-time kickboxing World Champion who started boxing at the age of 10. Later, he expanded on his skills by adding kickboxing and Muay Thai to his repertoire. He competed extensively in all three disciplines, compiling over 100 combined wins on his way to Dutch and European championships, as well as several World Titles. A sensational striker, Holzken’s entertaining style has already seen him secure nearly 50 knockouts in kickboxing and an additional 11 in the boxing ring. When he challenges Eersel in Jakarta, he will attempt to add one more World Title to his already dazzling resume.

Lineker is a mixed martial arts veteran with over a decade of experience competing in some of the world’s top promotions. The Brazilian is a former Jungle Fight Bantamweight Champion known for his unbridled power, relentless aggression, and toughness. He currently holds a professional record of 31-9, which includes 14 knockouts and four submissions. Always looking to end bouts early, the Brazilian brings his unique all-action style to ONE Championship’s bantamweight division.

Gafurov, who owns a stellar 16-2 professional record, is one of the top talents to come out of Tajikistan. He utilizes a frenetic pace that opponents find difficult to match, and he possesses high-level grappling techniques, powerful striking, and an aggressive style. Gafurov is riding a five-bout win streak, and he will look to push that streak to six when he welcomes Lineker to The Home Of Martial Arts.

Also making his ONE Championship debut is lightweight Johnny Nunez of the United States, who is scheduled to face Kazuki Tokudome of Japan.

Nunez is coming off two stellar victories, which have pushed his professional record to an impressive 7-1 overall. Out of seven victories, he owns two by knockout and one by submission. The 34-year-old now makes his way to the bright lights of ONE Championship to face the world’s best talent on the global stage for martial arts.

Tokudome, on the other hand, is a former Pancrase Lightweight World Champion who trains out of Paraestra Hachioji in his native Japan. In his most recent bout, Tokudome defeated Australian veteran Adrian Pang by technical knockout in the second round. Now the Japanese martial artist is tasked to welcome Nunez to the ONE Championship lightweight division.

Indonesian martial artists will also be well-represented at ONE: DAWN OF VALOR with the country’s biggest stars scheduled for action.

Multiple-time Indonesian national wrestling champion Eko Roni Saputra is set to make his return to the ONE Championship stage. He will square off against the Philippines’ Kaji “Alpha” Ebin.

Finally, in what is sure to be a crowd favorite match-up between a pair of exciting finishers, top Indonesian strawweights Adrian “Papua Badboy” Mattheis and Stefer “The Lion” Rahardian meet in a three-round clash.

Ticket information for ONE: DAWN OF VALOR is available at www.onefc.com. Tickets, priced from IDR 75,000, are on sale now at https://one.cognitix.id/. From now through 22 September, save 20% on tickets using the promo code ‘ONELOYALTY.’