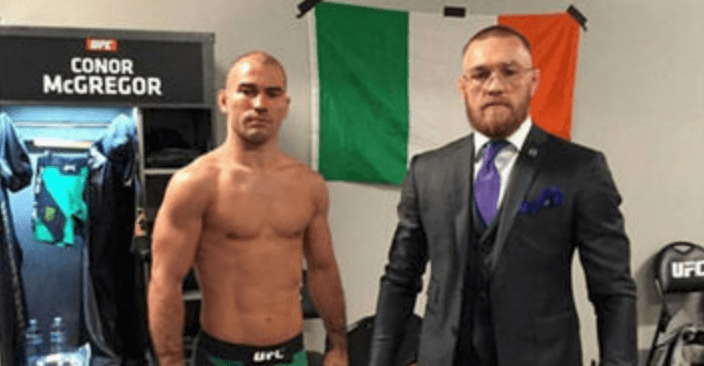 There wasn’t a lot of MMA on this past weekend but there was one fight everyone has been talking about, Artem Lobov vs Jason Knight.

The two threw down in the main event of Bare Knuckle Fighting Championship 5. And when I say threw down, they threw down. It was an absolute war. As you can see from these post fight photos of the two.

Moments ago, Lobov’s friend and training partner took to Twitter to praise him, and also Knight.

And obviously McGregor had to throw some shade Paulie Malignaggi’s way in the tweet, saying that the former two division boxing world champion had suddenly gone quiet. This follows BKFC President Dave Feldman, confirming immediately after the fight, that Lobov and Malignaggi would meet next at BKFC 6, on June 22nd.

The two came to blows in the lead up to BKFC 5, which you can watch here.

Immediately after McGregor’s tweet, Knight replied, thanking the Irish man for the respect shown and showing his won respect to Artem.

A couple of hours earlier, ‘The Kid’ had tweeted this. And I certainly would’t argue with him.

What did you think of the fight?