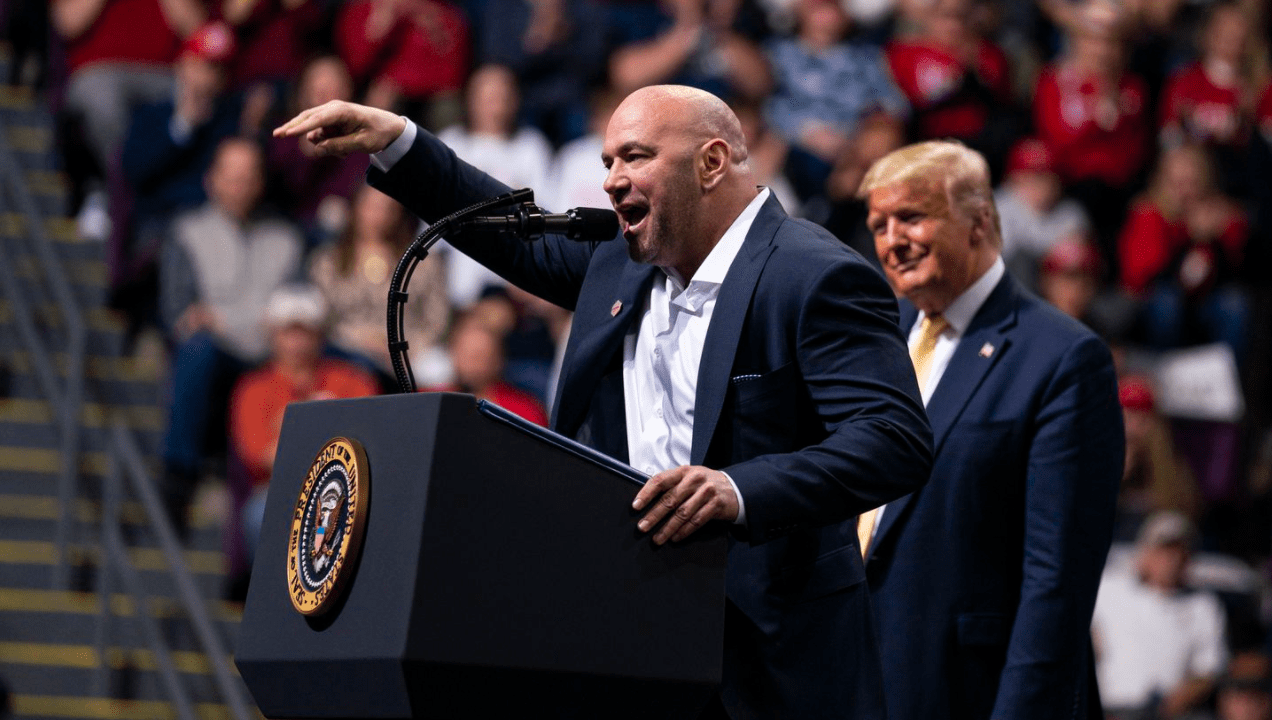 While the previously planned UFC 249 is no longer happening this weekend as a result of the coronavirus, Dana White is going all out for the next show, which he has scheduled for May 9th.

The location and venue for UFC 249 were all set, but at the last moment ESPN asked the UFC to ‘stand down’. Despite the ongoing pandemic bringing almost every sport to a halt, Dana is determined to bring back mixed martial arts as quickly as possible.

Speaking on Kevin Harvick’s show on Sirius XM NASCAR Radio (as transcribed by MMA Fighting), Dana revealed he’s back in his UFC office, working on the May 9th card.

“I was supposed to go this Saturday at Tachi Palace in northern California. I got it done. We could go. I was asked to not do the event from my partners [at ESPN], who I respect, so I did it. I gave them the weekend off and I’m actually at the office right now. We’re back in here. We’re working. I have a date now for May 9th,” Dana said.

The location of this May 9th show is still unknown. Dana announced that he’s planing to put on shows at the UFC APEX in Las Vegas, as soon as the Nevada State Athletic Commission removes the ban on combat sports. The UFC president has also spoken about holding international fights on his ‘Fight Island’.

“Listen, I’m not stopping,” Dana said. “I have this thing figured out. The reality is can it be done? Yes, it can be done. It’s just very expensive. It’s very expensive and I’m willing to spend the money to do it.”

Dana is a member of President Donald Trump’s task force in charge of figuring out the path to open many businesses that closed due to the coronavirus. But while it remains unknown when businesses and sports will be able to go back to normal, the UFC boss plans to be proactive.

“I don’t sit around and wait for somebody to tell me it’s time to do this, it’s time to do that,” Dana said. “You’ve got to look ahead at what’s happening out there. My commitment is to my employees and to my fighters. I don’t want to lay anybody off and I don’t want fighters sitting around for a year not being able to make money but I want everybody to be safe.

“Instead of hiding from this thing, how do you get out there and figure out how to function yet be safe about it. My biggest problem with this whole thing is misinformation. You read one thing here, you read something different over here. Nobody really knows what’s going on. It’s been a very strange thing to deal with.”

Do you believe the UFC’s planned event on May 9th will happen?