Dana White Says He Was Close To Boxing Tito Ortiz 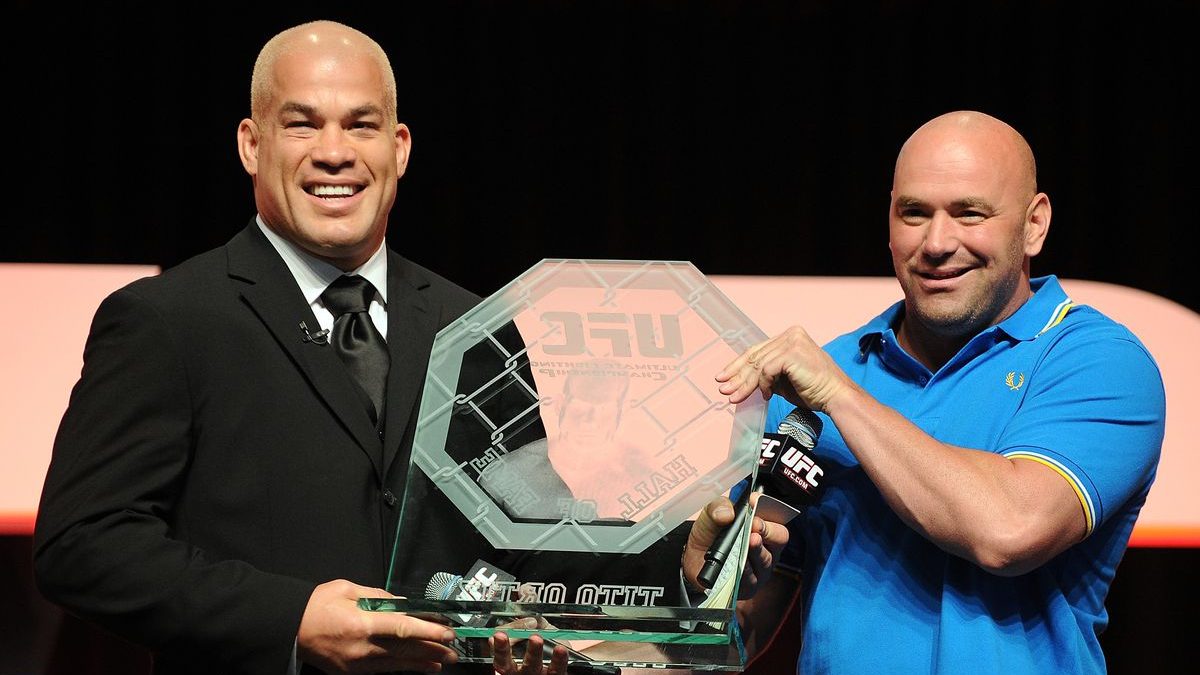 Dana White and Tito Ortiz were never going to hang out at a bar. However, the UFC President recently revealed that the bad blood between the two almost led to them box each other.

And White said that he would’ve “f**ked up” Tito Ortiz! Dana was talking to Barstool Sports, when his relationship with Tito came up. The former UFC light heavyweight champion challenged White to a boxing match, and Dana said he was okay with the proposal.

“I knew (I would win), and so did he. That’s why it didn’t happen”, Dana White said (transcript via BJPenn.com). “Tito Ortiz was doing a new deal with us. Tito and I hated each other so bad that Lorenzo Fertitta did this deal. Tito never had great hands. He had been working on his boxing with Fernando Vargas. He started to feel like his hands were getting in a good place and we hated each other. He told Lorenzo the last thing he wanted in his deal was a three round boxing match with me. Three three-minute rounds. I told Lorenzo yes, sign the deal.”

White also said that he was preparing for the fight at the time, boxing with heavyweights.

“This wasn’t going to be the first time Tito and I boxed. As it started to get closer and I was training — at the time I was sparring with heavyweight pro boxers who were ranked in the top-10 to get ready for that fight — I was in ridiculous shape and I was ready. I was going to whoop his ass in front of everybody”, Dana White said.

Dana White also revealed that “The Huntington Beach Badboy” would’ve beat him up, if it were an MMA fight.

“Let me make this very clear. If this was an MMA match, Tito would murder me. Like it would be the most horrific beating you’ve ever f*ckng seen in your life. He would double leg me and smash me against the fence. Tito would literally put his f*cking elbows through my skull.

“In a boxing match, I was going to f*ck him up and make him look stupid. He knows that, and that’s why that match never happened.”

Tito Ortiz recently challenged Alberto Del Rio for an MMA fight in Combate Americas, while White said the ship has now sailed for him to box Tito.

“I’m too f*cking old for that now”, White said.