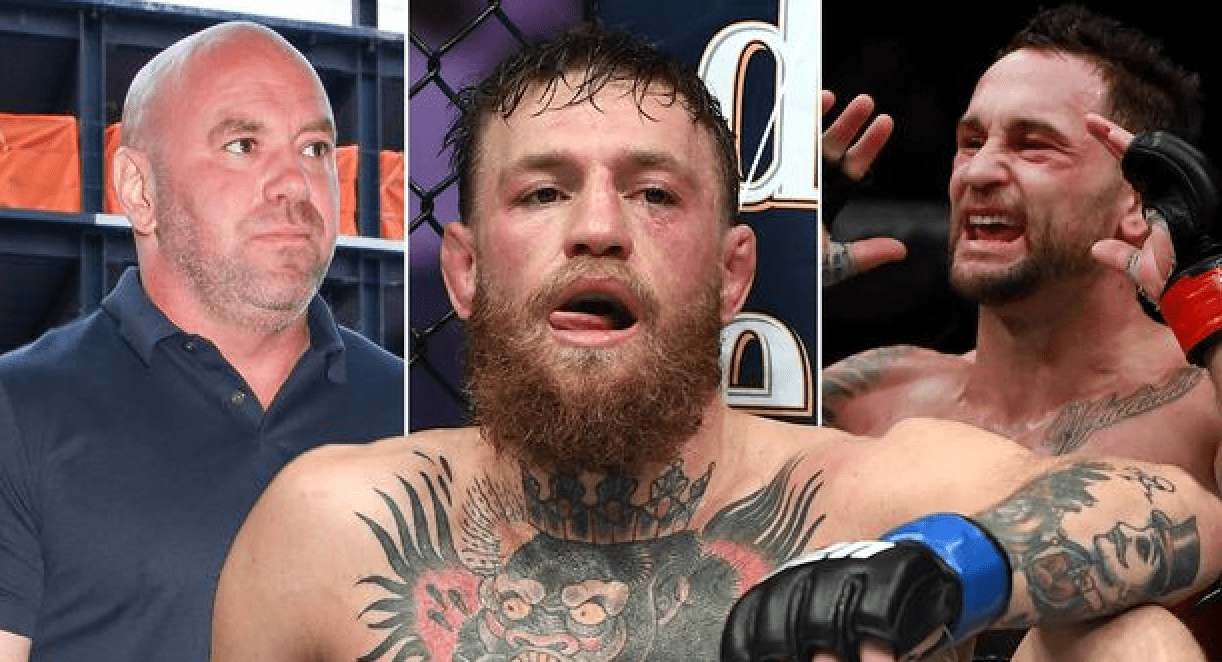 The big news headline in the MMA world yesterday was Conor McGregor and Frankie Edgar agreeing to fight in December. And while it was unlikely that the fight would be added to UFC’s December pay-per-view card, due to UFC 245 already having three title fights, the fight looked like it would be going down in the upcoming months. That was until UFC president Dana White shut down the fight.

Talking to the Boston Herald (transcribed by MMA Junkie), Dana White completely shut down the fight, saying the fight makes no sense.

“I said it leading into the Mayweather fight: ‘He may never fight again after this fight when you make this kind of money. He’s fought once since then.

“Conor loves to fight and wants to fight again, but the Frankie Edgar fight isn’t going to happen.

“Edgar is two weight classes below him. [Edgar] was supposed to fight Aljamain Sterling. Aljamain fell out and got hurt. Frankie is coming to the end of his career, and he could end up getting himself into a title position again. To take the Conor fight makes no sense.”

Dana added that he believes McGregor will fight again next year.

“I think Conor will fight next year,” White said.

With Edgar out of the equation, it leaves Justin Gaethje and Dustin Poirier to battle it out as to who welcomes McGregor back to the Octagon. Both have been campaigning for the fight since their last respective fights.

Gaethje has hit out at McGregor every chance he has had, trying to get a reaction out of the Irishman. While Poirier and McGregor have had some back and forth on social media.

Who would you like to see Conor McGregor return against, Justin Gaethje or Dustin Poirier?