Daniel Cormier Says Next Fight Will Be With Stipe Miocic, Also Will Be His Last 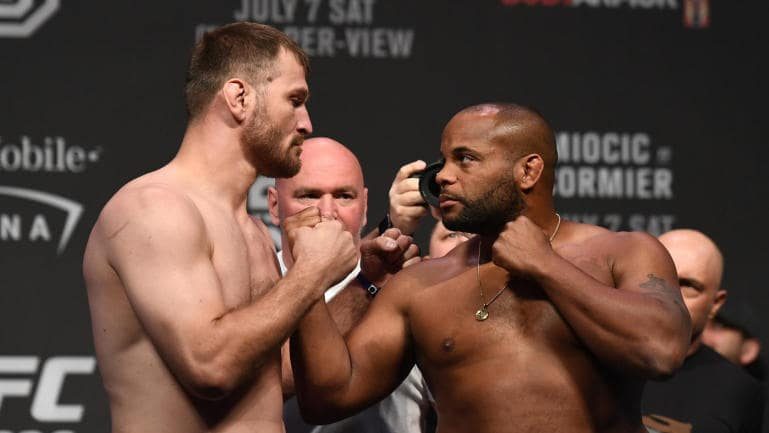 Daniel Cormier has said UFC wants to book a trilogy fight with Stipe Miocic, which will also be his last professional fight. Cormier lost the UFC Heavyweight Championship to former champion Stipe at UFC 241. “DC” looked dominant until round number three. However, Miocic started targeting DC’s body, and eventually knocked him out to win the title in the fourth round.

Daniel Cormier has been toying with the idea of retiring from the sport, and previously said he had three fights left in him. However, with Brock Lesnar retiring from MMA and Jon Jones wanting to fight at light heavyweight, DC wanted to first fight Miocic.

Daniel appeared on The Helwani Show, and talked about what’s next for him.

“I’m going to fight this guy again”, Daniel said. “My intention is to fight him again in the right way, and hopefully that’s enough to get my hand raised.”

Daniel Cormier also revealed that the next fight against Stipe will also be his last.

“But I’ll go fight him again, and win or lose, I’m not fighting again. This will be the only time I ever step foot in the Octagon again. Next one will be the last one. It has to be Stipe, no one else matters”.

Daniel Cormier (22-2-1 MMA, 11-2-1 UFC) has only lost to Jon Jones and Stipe Miocic, but wanted to retire by the time he turned 40. However, those plans went out of the window, but Cormier now says that the UFC has already talked to him about Stipe being his next opponent.