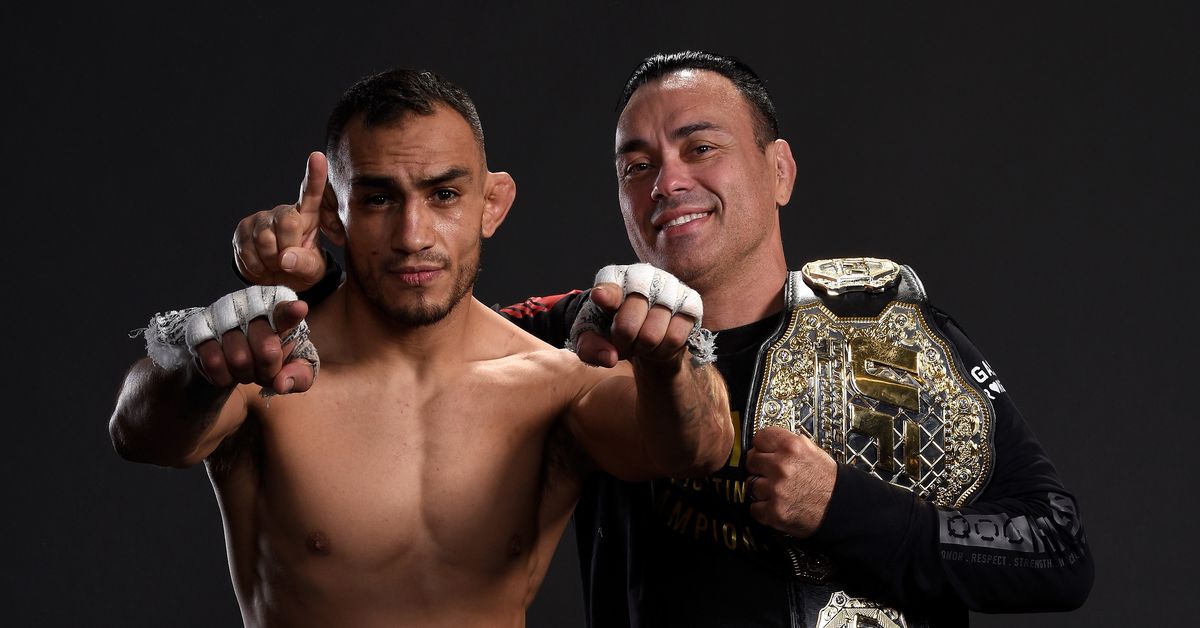 Eddie Bravo is one of the most accomplished Brazilian Jiu Jitsu practioners in the world and regularly works with Tony Ferguson as his primary grappling coach.

Unfortunately, his pupil tasted defeat for the first time in eight years at UFC 249, when Justin Gaethje got the TKO victory in round five. The main event was largely one sided with ‘El Cucuy’ struggling to find the answers for ‘The Highlight’s’ blistering pace and relentless pressure.

In spite of his injuries, which included a confirmed fractured orbital, Bravo has revealed that Ferguson has already returned to the gym.

Speaking on the Joe Rogan Experience (transcribed by Low Kick MMA), Eddie began by dismissing reports that Tony’s infamous ‘double weight cut’ was to blame for his lacklustre performance.

“He’s already training, he was training today. He’s ready to go back. It gave me chills listening to him last night. His champ s*** only, that’s in his losses too. He’s like listen ‘everyone in the world is suffering financially and I got to go in there and make a whole bunch of money and my family is secure, so I lost technically but I won in life.”

Fellow podcast guest Brendan Schaub wanted to shed light on the situation in Ferguson’s corner between rounds four and five. Up until that point, ‘El Cucuy’ had demonstrated a superhuman ability to absorb strikes, which left some fans wondering if his coaching team could have saved him from unnecessary damage by throwing in the towel.

How soon do you think we’ll see Tony Ferguson back inside the Octagon?