Eduard Folayang Has Remained Humble Despite His Success 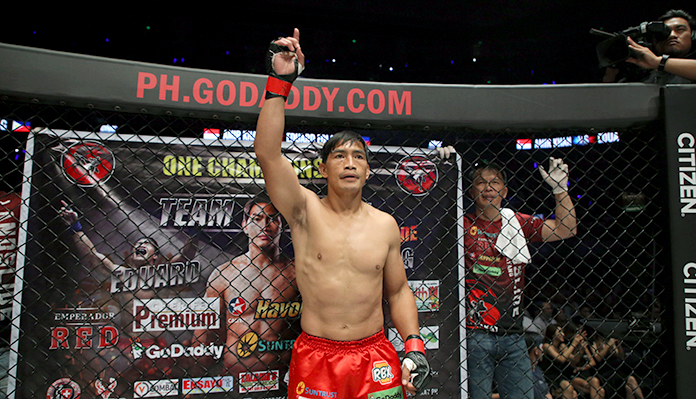 Former two-time ONE lightweight champion Eduard Folayang, has gone through a lot of adversity in his 13 year-long MMA career. ‘The Landslide’ however, maintained the same character through all of the ups and downs, according to his wife Genevieve Folayang, who has been with him since before he made it on the global stage.

Speaking to ONE Championship, Genevieve revealed that the Team Lakay superstar has never changed as a person, despite the huge success he has had in his career.

“He’s never changed. I am proud of him because he never shows off,” she said. “I expected him to change a bit as he became more famous, but that did not happen. He remained the same person.”

The Philippine martial arts hero won his first ONE lightweight title by knocking out the legendary Japanese submission artist Shinya Aoki in November 2016. After one successful defence Folayang lost the belt to Martin Nguyen, but managed to regain it again at ONE: Conquest of Champions in November 2018, by defeating Amir Khan.

Genevieve admitted that she didn’t expect Eduard to rise up so high.

“To be honest, I wasn’t expecting him to go this far. But since he did and remained the same, the respect that people have for him, from his friends to his neighbours, rose exponentially.”

Although Eduard has had to be away from his family many times in order to compete with the elite lightweights in ONE, Genevieve always supported him throughout his martial arts journey.

“He’s made it this far because of how dedicated he is with what he does. He reminded me to believe in him and support him during the times when he was on the rise, and now he has made a name for himself in the industry.”

Eduard’s success inside of the ONE circle has changed the daily life of the Folayang family, especially when they are out in public. But Genevieve doesn’t mind the fans who want to take pictures with her husband.

“When we’re out, I usually move back and offer to take the photos for [the fans]. We are so proud of him, especially the kids,” she said. “Our eldest is just three years old and I can see how happy she is when people approach us to take pictures with her dad. A lot of people ask how it feels to be the other half. For me, I am happy.”

The best thing about her husband, according to Genevieve, is that he puts his family above everything else.

“The nicest thing about him is that he gives all he can to the children. When he goes home, the first thing he does is hug the kids. He always wants to play with them – he feeds them and he’s very hands-on.”

Folayang lost his last match against Pieter Buist by a split decision at ONE: Fire & Fury after a late opponent change. His next bout is yet to be announced as ONE Championship gets back on track after the coronavirus pandemic.

Who would you like to see Eduard Folayang face next?