Folayang Believes He Will Dominate Tsogookhuu At ONE: Masters Of Fate 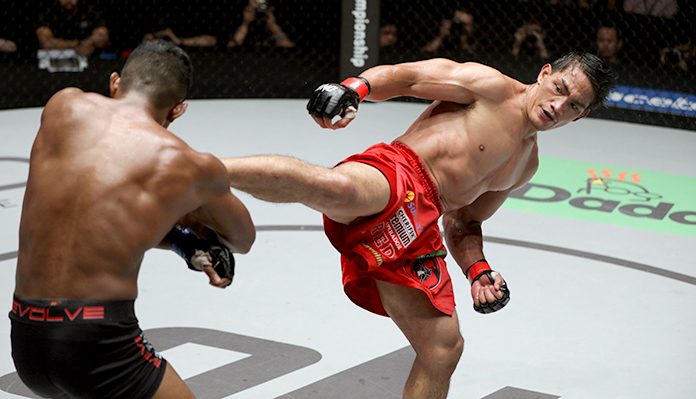 Brushing off two painful setbacks this year against Shinya Aoki and Eddie Alvarez, Eduard “Landslide” Folayang is in high spirits heading into his next bout at ONE: MASTERS OF FATE on November 8th at the Mall of Asia Arena in Manila. He takes on Mongolian phenom Amarsanaa “Spear” Tsogookhuu.

Analyzing the matchup himself, Folayang is confident of victory no matter where the bout goes.

“In my head, this match will be in my favor in every aspect,” Folayang said.

“That does not mean I am underestimating Amarsanaa, I simply believe that the results of my preparations will allow me to dominate him. I have my team, my friends, my fans, and the rest of the Philippines cheering and depending on me. I will not let them down.”

Folayang is fixated on victory and making another run at the ONE Lightweight World Championship. Although Amarsanaa is indeed a tough opponent, Folayang has been in there with the best and should know exactly how to deal with his adversary.

“Amarsanaa Tsogookhuu was able to showcase his skills with Shannon [Wiratchai] in his debut match,” Folayang said.

“He is really good on his feet and his striking can knock me out if it connects, however he has problems when he is put under pressure. There are some things that we saw which we can use to my advantage, I will leave it at that.”

Another solid victory for Folayang here could once again propel him up the charts. A loss will be devastating for the Filipino. Folayang has never dropped three in a row in his entire career. It’s something he is trying to avoid.

Elsewhere on ONE: MASTERS OF FATE, reigning ONE Strawweight World Champion Joshua “The Passion” Pacio defends his title against his countryman Rene “The Challenger” Catalan in the main event.