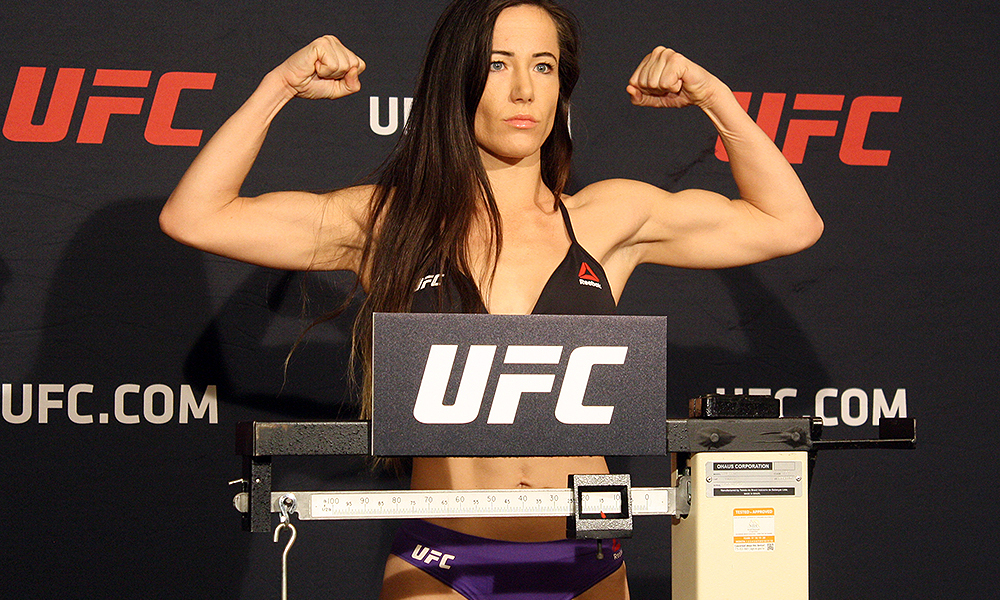 Former UFC fighter Angela Magana slipped into coma due to complications stemming from an emergency surgery she underwent yesterday. Magana, who competed in the strawweight category in the UFC was released from the promotion in late 2017. She then competed in RIZIN FF, and was expected to make her debut for Combate Americas after signing with the promotion earlier this year.

Magana posted several messages yesterday, updating the fans about her surgery. However, her social media team have since revealed that the former UFC fighter has been in a coma, due to complications stemming from the surgery.

Angela Magana reportedly suffered a herniated disc while preparing for her scheduled fight, and took nerve blocks to relieve the pain. However, that resulted in a rare neurological disorder, cauda equina syndrome, and Magana had to undergo emergency surgery yesterday.

“What happened to Angela, she herniated a disc while training for fight, she went for a nerve block to continue training”, her team wrote on social media. “Nerve block caused a rare neurological disorder, cauda equina, rushed to emergency neuro surgery and hasn’t woken since surgery this AM currently in a coma.”

Her team later posted an update, saying that Magana was still unresponsive.

“She’s in a coma, and we’re waiting to hear some positive news”, said Lamastus, who was at the hospital with Magana. “The surgery went fine. The problem was anesthesia. It’s very rare that patients react bad to anesthesia, but it does happen, and I guess this is one of those rare cases. But I’m being positive. She’ll be fine, and she’ll wake up. She’s a fighter. I’m just staying positive.”

“She’s a hard worker. Angela is a very, very hard worker”, Lamastus said. “A lot of people only know the Angela from social media. They don’t really know the real Angela. That woman busts her tail to provide for her family.”