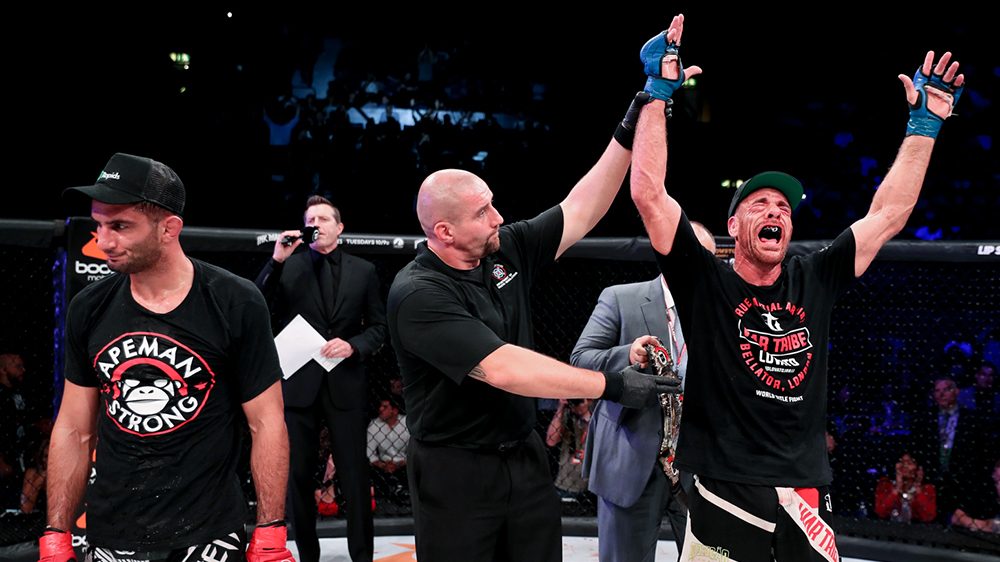 Gegard Mousasi bounced back with a win over Lyoto Machida this past weekend, and immediately after the fight, “Moose” turned his attention to the man who took away the Bellator Middleweight Championship from him.

Rafael Lovato Jr. defeated Mousasi to win the title back in June via majority decision, but Gegard was never happy with the result. And after beating Machida, Mousasi immediately turned his attention to Lovato Jr. during the post-fight press conference.

After telling the kids to stay clean, Gegard Mousasi said, “Next fight I’m going to kill him” (transcript via MMA Fighting). “I swear to God if I don’t knock him out, I don’t count it as victory. Because I know what I can do and he will die, literally. You will see. I will knock him out 100 percent. I guarantee you that.

Mousasi then explained why he believes Lovato Jr. is a cheat, insinuating that the middleweight champion might be indulging in performance enhancing drugs.

Gegard Mousasi asked the reporters to trust their eyes, and think about how Rafael’s physique has changed.

“That guy looked like a horse”, Mousasi said. “You guys are reporters but you don’t even report on that. You can see a difference with a picture of him and then he looked like he’s muscular when he’s 35. You guys can watch, you should report that. Take a picture next to each other, it’s day and night difference. That’s not even a little bit of steroids. That’s like monkey steroids. You guys go check it out. I can post pictures for you guys if you want.

“He looked twice as big at the weigh-in. His nipples were hard like a woman. Watch it, I’m not kidding. I’m not trying to be funny. He could have given milk to babies.”

Mousasi then argued that people were privy of the information, and promised to finish Lovato Jr. in their rematch.

“Everybody knows he was on steroids but people call me bad loser. Maybe I am a little bit but I should have beat him anyway”, Mousasi said. “My head wasn’t in it.