Gina Iniong: The Fans Will See Just How Much I’ve Improved 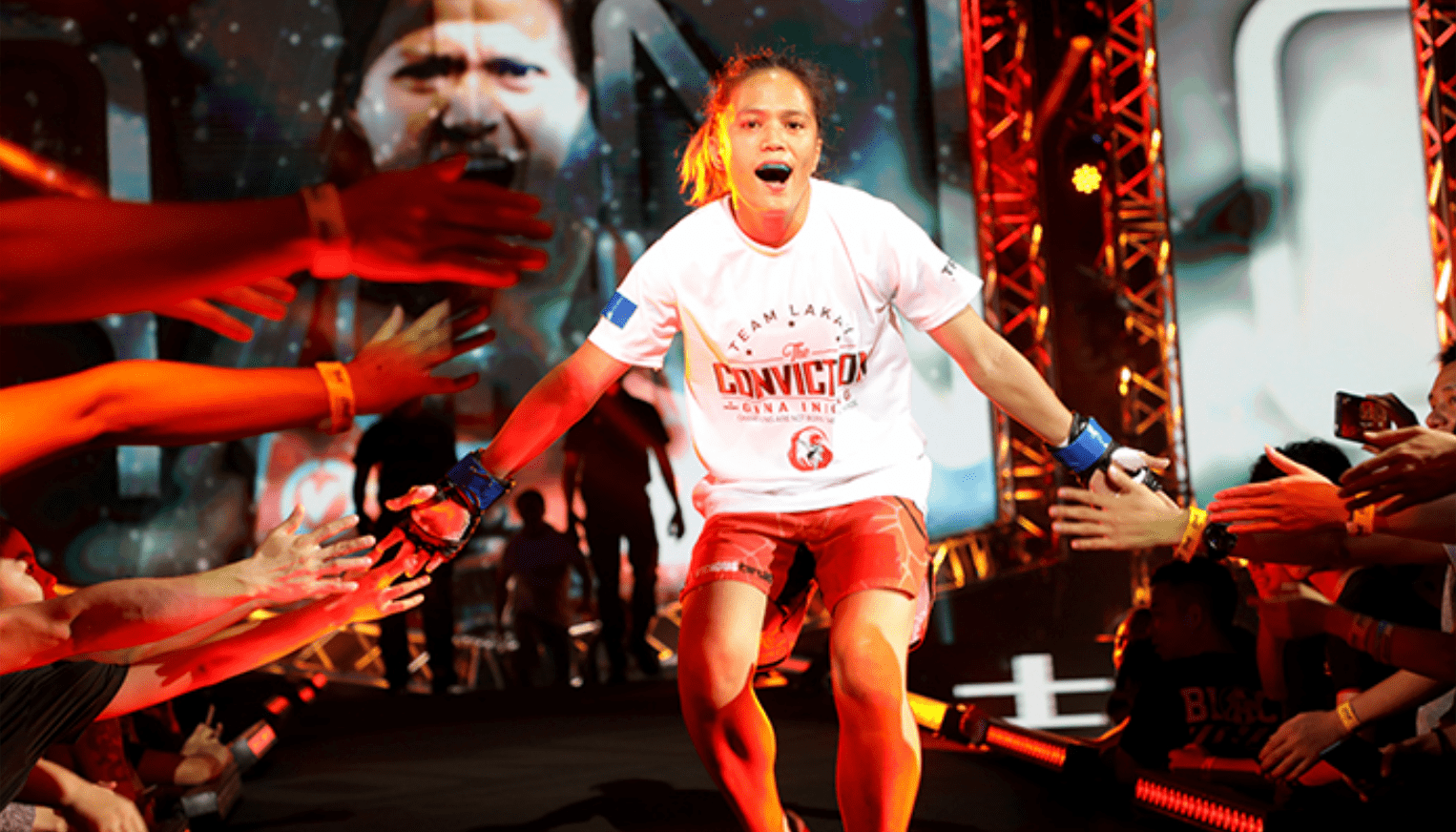 Coming off a successful South East Asian Games at the end of 2019, where she earned a gold medal in kickboxing, Gina Iniong is set to return to mixed martial arts action on January 31st. In what will be her first outing to the ONE Circle in almost a year, the Team Lakay athlete will face India’s Asha Roka, at ONE: Fire And Fury in Manila.

Iniong will look to build on the momentum she built in 2019, which saw her not only win gold at the SEA Games, but also beat top atomweight contender Jihin Radzuan, at ONE: Clash of Legends last February.

And Iniong will have extra motivation come fight night in Manila, where she will have some very special guests watching her bout with Roka.

“They should expect no less than a great match between two strikers and the fans will see just how much I’ve improved. It’s also the first time that my father and my husband will see me compete in mixed martial arts and I am very, very eager to win this for them,” Iniong told ONE Championship.

Having not competed inside the ONE Circle in eleven months, Iniong has had plenty of time to improve her skills. And come January 31st, ‘The Conviction’ is excited to put her Wushu skills up against Roka’s boxing skills.

“My preparation has been really good. I think I’m well prepared and I am really ready. I’m not pressured. I am excited to win. Her striking could pose problems because she’s a boxer, but I also came from the same background, so let’s see what happens,” Iniong expressed.

And competing at home for the first time since April 2018, Iniong plans to put on a show for her home fans in the Philippines capital city.

“It’s a different feeling, both mentally and physically every time I compete here and I don’t plan on losing – not in Manila. They can expect the best Gina Iniong that night.”