“Is Covington Still Signed To UFC?” – Interview with Kamaru Usman 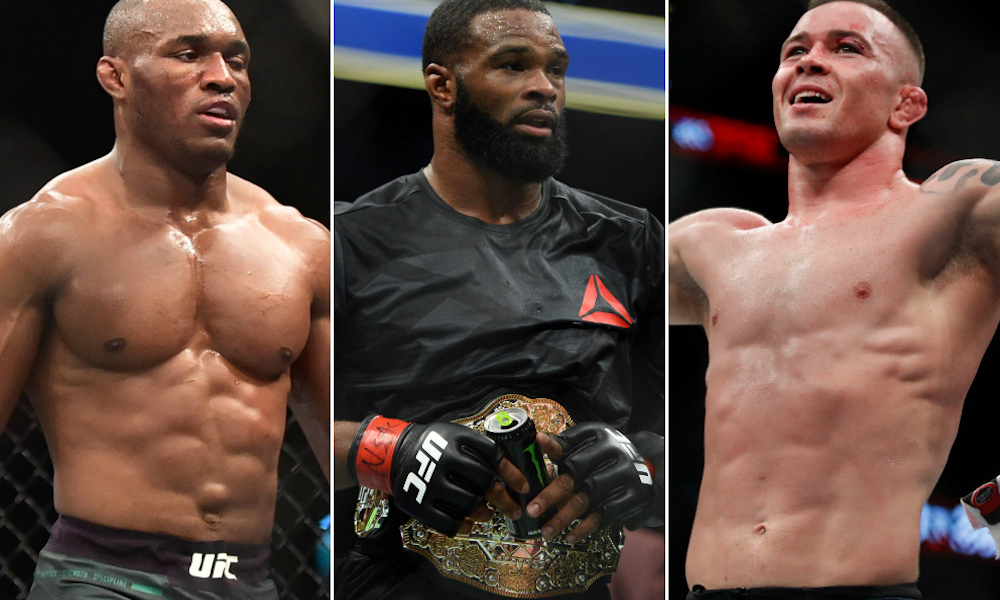 Kamaru Usman, you’ve heard the name before. Adversity can make or break a person. The best of men have crumbled in the past, unable to live up to the expectations. Saying that, Usman’s story is both inspiring, and can be a blueprint for aspiring fighters. ‘The Nigerian Nightmare’ hasn’t had the easiest of paths in the UFC, yet here we are, just a couple of days away from UFC 235. And this Sunday, Kamaru Usman has the opportunity to cement his legacy, becoming the new UFC Welterweight Champion.

“There are still hardworking guys, who can be successful in the sport”

Usman doesn’t stand out due to his innate ability to verbally destroy his opponents. Neither does he post provocative posts, provoking fans and fighters. For Usman, being flashy isn’t the be-all-end-all in the sport.

“What people overlook and especially in society nowadays is that Kamaru Usman is not that flashy guy,” Usman told us, “that you need to double take and take a second look at. He is that typically nice guy who has his head down and is going to work hard to get the job done so that might not be as exciting nowadays so people overlook that? Do people want to pay more attention nowadays to the flashier guy? There are still guys like me around, the hard working guys who can be successful at this sport, it doesn’t matter if the public like it or not, they can’t stop my destiny.”

Kamaru Usman will face one of the most dominant champions in recent past, no matter what anyone says. Tyron Woodley has made a habit of defying the odds and creating upsets. However, Usman told us that the biggest weapon in his arsenal is his ability to go all five rounds.

“It’s no secret where I have the biggest advantage, I am not just coming out there to run a sprint, this is not a 100 meter dash this is a 2500 meter run and if you are not training for it you’re not going to be able last and that is how this fight is going to take place. He might have a shot early on, and that’s just because he is very dangerous and anyone is dangerous in that first round but if this fights starts to progress and he lets me get comfortable then it’s going to be along night for him and I see a late stoppage.”

“Is Colby still signed to the UFC?”

One fighter that has been active on social media, who believes he deserves to fight for the title, and not Usman, is the former interim champion Colby Covington. When we asked Kamaru Usman about the same, he jokingly wondered if Colby was still signed to the promotion.

“I don’t know, is Covington still signed to the UFC?” Usman asked. “Of course these other people are going to say what they are going to say because they want to be in the position that I am in. Covington is not in my position right now, so of course he is going to talk, so I can let him talk, he can talk all he wants. The guy I am worried about right now is Tyron Woodley and on March 2nd I will be the new UFC welterweight champion of the world.”

Finally, Usman also dwelt a little more on him having the edge, given that he has proved that he can last all five rounds.

“Very important, I think everything is happening in the exact way it was supposed to,” Usman said, emphasizing on needing to fight five-rounds before chasing the title. “I got those fights under my belt because those five round fights are very different than three round fights, so now I have the experience and I know how to pace myself for five rounds, I know I can go five rounds and still continue to do what I do best which is dominate the fight from start to finish. Although this is my first title fight, it doesn’t feel any different to any other main event. It’s no different for me, I am excited and I am prepared and there is just going to be a bigger reward at the end of it.”