Jon Anik On The Exciting New UFC Era On ESPN 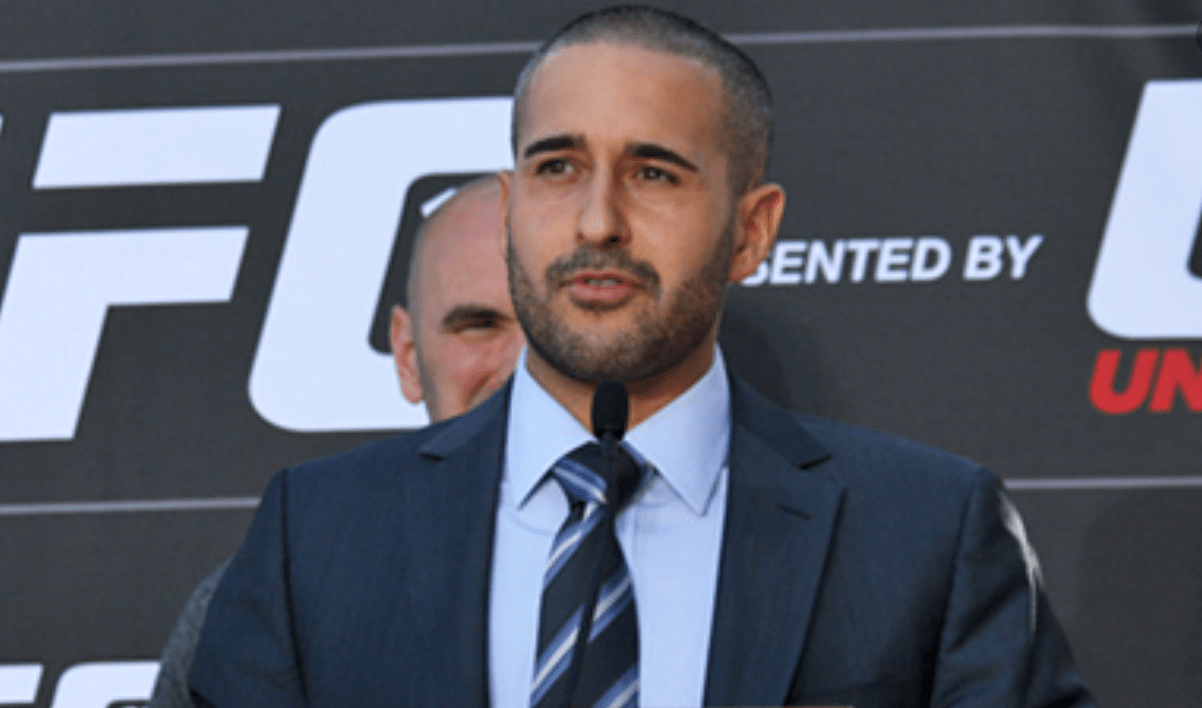 One of the biggest MMA stories to come out in 2018, was the UFC moving from Fox to ESPN. While some fans have shown concern about the change, UFC President Dana White has promised that ESPN’s plans will blow everyone’s minds.

One man who will be at the centre of ESPN’s coverage of the UFC, is Jon Anik. Speaking to Luke Thomas on The MMA Hour, Anik discussed what we can expect from him and ESPN.

“I am a full-time UFC employee, which is somewhat unique I think in broadcasting. That’s the situation right now. That doesn’t mean that I couldn’t do things for ESPN and expand my role a little bit, but our focus right now honestly is making sure that these live events don’t miss a beat, and I know January and February are going to be tough months in terms of, I think, just graphically there’s just a lot of different things that are changing and there are a lot of different jobs that are impacted pretty profoundly by this change.

“I think my channel of command is going to stay very similar, and if our TV formats stay very similar, I might not feel the reverberations as much as some other guys. But we’ve got to get off on the right foot, and this is something we all take seriously and we’re ready to attack it January 19th.

Anik is very familiar with ESPN, having worked for them before moving to the UFC. During this time, he hosted MMA Live, ESPN’s first MMA show.

“There have always been some high-powered people in Bristol [Connecticut] and in those buildings that loved the UFC and recognised where it was going and what it could be. And they have pushed that envelope. That’s why when we launched MMA Live in April 2008 on ESPN.com, that thing got to ESPN 2 in some part because we made the show good enough, I think — as humbly as I can say that — but also because we had Glen Jacobs, who is still running this mixed martial arts operation now, 10 years later, pushing for us. Because he felt like the sport had value, and he even though we were on at 2:30 in the morning, goddamnit, we were on ESPN 2. So things have changed a lot.

“I think the sport has really benefited domestically from the FOX relationship. I do feel like globally, obviously we’ve always felt huge when we go on the road. But we go to San Antonio, Texas [and] sometimes I wonder why people don’t necessarily give a s***. And now I feel like if we were to go to San Antonio, maybe we do better than we did seven years ago. So I think the sport’s in a good place. It’s also a short-term commitment from ESPN. That’s why when I say, ‘Oh, we’ve got to earn it,’ like, [the broadcast deal is for] five years — that is a short amount of time in TV. So, they’ve dipped their toe in the water. I think you’re going to see a lot of content and a similar embrace to the way even FS1 did it. Not that type of hour allotment on a channel, but you’re going to see a lot of mixed martial arts content, and I think it’s going to help us get to the next level, at least in the US”

Talking of ESPN’s UFC debut on January 19th in Brooklyn, Anik is excited.

“I think it’s exciting. I think it’s very interesting that you’re going to have this great set of prelims on linear ESPN, and then all of a sudden people are going to realise that if you want to see Dillashaw and Cejudo, you’ve gotta either go on some device or if you’ve got one of those fancy TVs — I think it’s going to be a transition for a lot of people.

“But big picture, I’m excited. When Francis Ngannou and Cain Velasquez fight on ESPN, with respect to Cain-JDS 1 on FOX and the launching of FS1 in 2013, and you know how much respect I have for those people, but a UFC fight night in primetime on ESPN, that’s been the goal since we started MMA Live in 2008. So, even if I wasn’t around for that, for a lot of us who were sort of grinding our gears at ESPN and getting nowhere in mixed martial arts setting back then, it’s like, mission accomplished. We’ve got a UFC fight night on ESPN? That’s what we’ve always been working for.”

Anik believes that MMA will become a significant talking point across the ESPN networks.

“I think that will help ESPN from a content standpoint because there’s always interesting s*** to talk about in MMA. So I think they’re going to get a big push there obviously, and it’s just very exciting. You can already see it, right? I mean, we haven’t even started and you can already see some of the transitions. And hopefully we can talk three or four months down the line, when a lot of things that are in my head and things that I know are coming, I can share a lot of details with you on. But dude, it’s going to be amazing. It really is. I couldn’t sort of curb my enthusiasm. I’m very excited.”

ESPN’s first UFC card goes down this weekend in Brooklyn. The three early prelims will be shown on ESPN+, with the four prelims shown on ESPN. The card will then return to ESPN+ for the main card, headlined by TJ Dillashaw vs Henry Cejudo for the flyweight title.