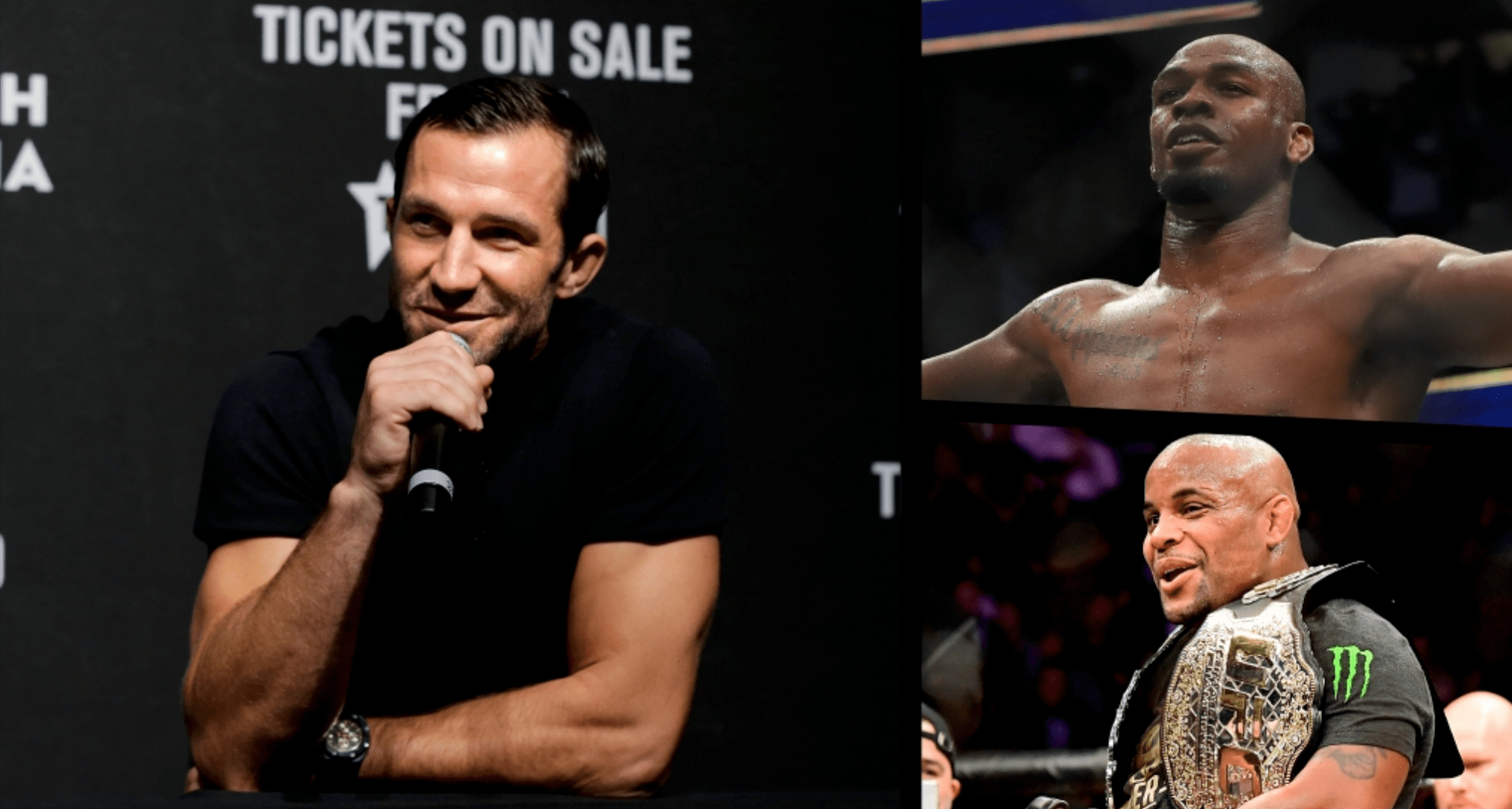 Rockhold has made no secret to the fact that not only does he want to challenge Jones for the 205lbs title, but also that he’s confident that he can dethrone the light heavyweight great.

If he gets past Blachowicz at UFC 239, Rockhold may have to wait in line behind his friend and teammate Daniel Cormier, for a shot at Jones. Although the former UFC middleweight champion said that he intends to call out Jones at UFC 239, ahead of Cormier’s title defence against Stipe Miocic at UFC 241. As he told Submission Radio.

“I’m fighting before DC, so I’m gonna take my dibs on that thing if the opportunity presents itself. “

“DC, I think it’s foolish for him to come try to challenge Jon back down. I think Jon should have to come challenge him up for the heavyweight title. I mean, that’s where the natural weight is. Jon’s a big guy and he cuts a lot of weight too to get down. So, Jon’s scared to fight DC at heavyweight. I don’t know why DC thinks he’s gotta come back down to fight him there to prove some point. It just, it doesn’t make sense.

“Jon ain’t talking about fighting DC at heavyweight, he’s just kind of beating around the bush and he’s trying to bait him back down and antagonise him. So, Jon doesn’t want to fight DC at heavyweight. There’s only a few guys he wants to fight that makes sense.”

Just this week, Jones discussed fighting Cormier again at light heavyweight, saying he ‘doesn’t have the balls’ to fight him again at 205lbs. Cormier has hinted recently that his fight with Miocic at UFC 241, could be his last. Despite this, the general consensus is that we will see Jones vs Cormier 3, before Cormier hangs up his gloves.

Who would you rather see fight Jon Jones next, Luke Rockhold or Daniel Cormier again?