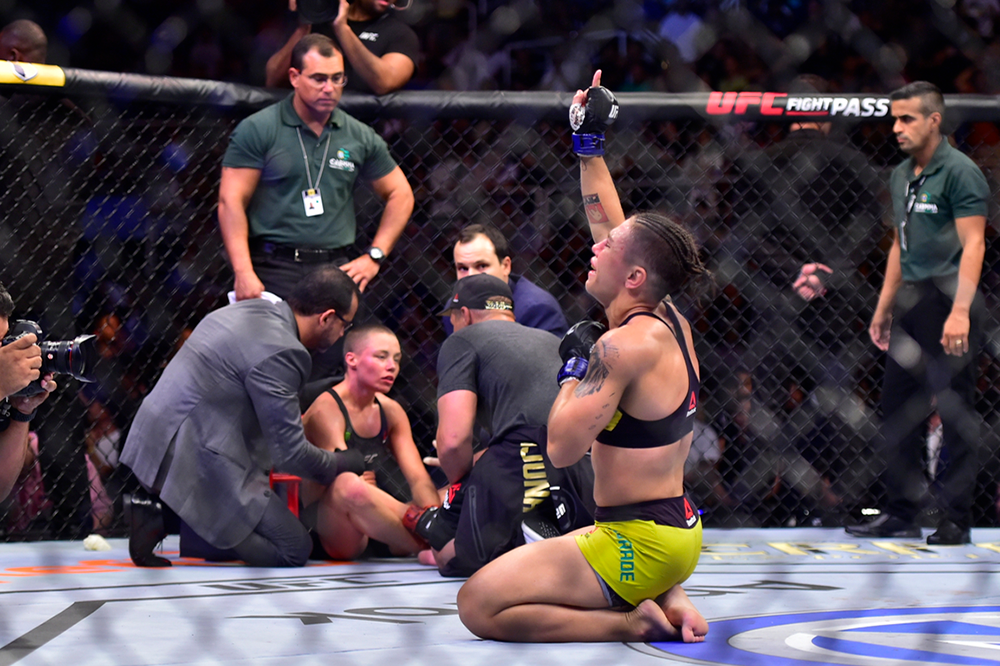 This past weekend at UFC 237, we witnessed the crowning of a new UFC women’s strawweight champion. Jessica Andrade has been on a phenomenal run, and defeated former champion Rose Namajunas in Brazil. “Thug Rose” looked impressive, but Andrade proved too strong for her. The finishing sequence was both awe-inspiring and brutal. Andrade dropped Rose on her head, forcing the referee to intervene and call off the fight.

Since then, people have started wondering whether Jessica Andrade dropping Rose Namajunas on her head would warrant a disqualification. In MMA, fighters are not supposed to “spike” their opponent’s head on the mat. However, that only applies when the fighter brings down their opponent in a 12-6 position, and to clear the doubts, both Marc Goddard and Big John McCarthy chimed in on social media.

Replying to UFC fighter Corey Anderson’s tweet, Goddard clarified, “Corey what’s up! No my friend that is not a spike. Any throw with an arc, lift can be brought down in any fashion. Rose held onto kimura grip. A spike is a 12-6 motion feet up/head down where you control your opponent. Think tombstone/pile-driver. Thank you hope you’re well.”

“When Rose goes for the armbar she has a choice to either let go of the armbar or try and hold onto it and go for the ride that Andrade is going to put on her. There is no illegal slam when a submission is being attempted. It does not matter how she brings her down.”