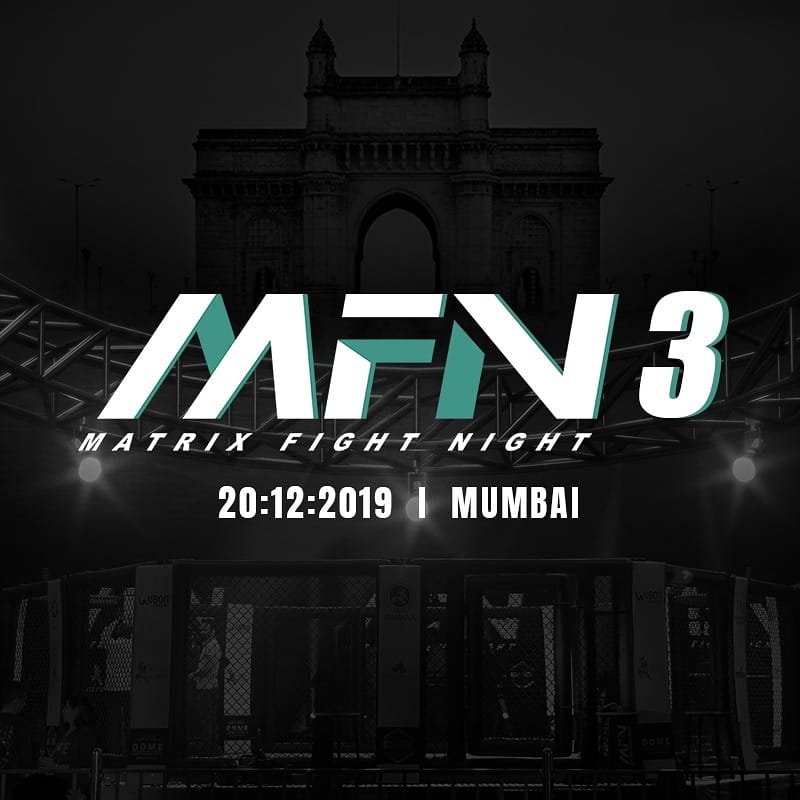 MFN 3 is on its way, and the fight card has now been confirmed.

Matrix Fight Night, India’s largest mixed martial arts promotion will be returning in December, after the first two editions received rave reviews. Its second installment, MFN 2 in Delhi saw Srikant Sekhar picking up the victory against Jason Romesh Solomon, but for the third edition, neither fighter has been announced to compete on the card.

Instead, it will be the hard hitting Sandeep Dahiya, who will face Pawan Maan in a welterweight contest in the main event. Sumeet Khade, who stood out as the most improved fighter during the 2018 season of Super Fight League will also be fighting on the card, as he takes on Dhruv Chaudhary.

Matrix Fight Night 3 will roll out of The Dome, NSCI Stadium, Mumbai, where it had its origins, on the 20th of December. The promotion has announced 7 fights for the third edition of the fight night. Here is the full fight card announced thus far.