McGregor Predicts Diaz vs Masvidal And Khabib vs Ferguson 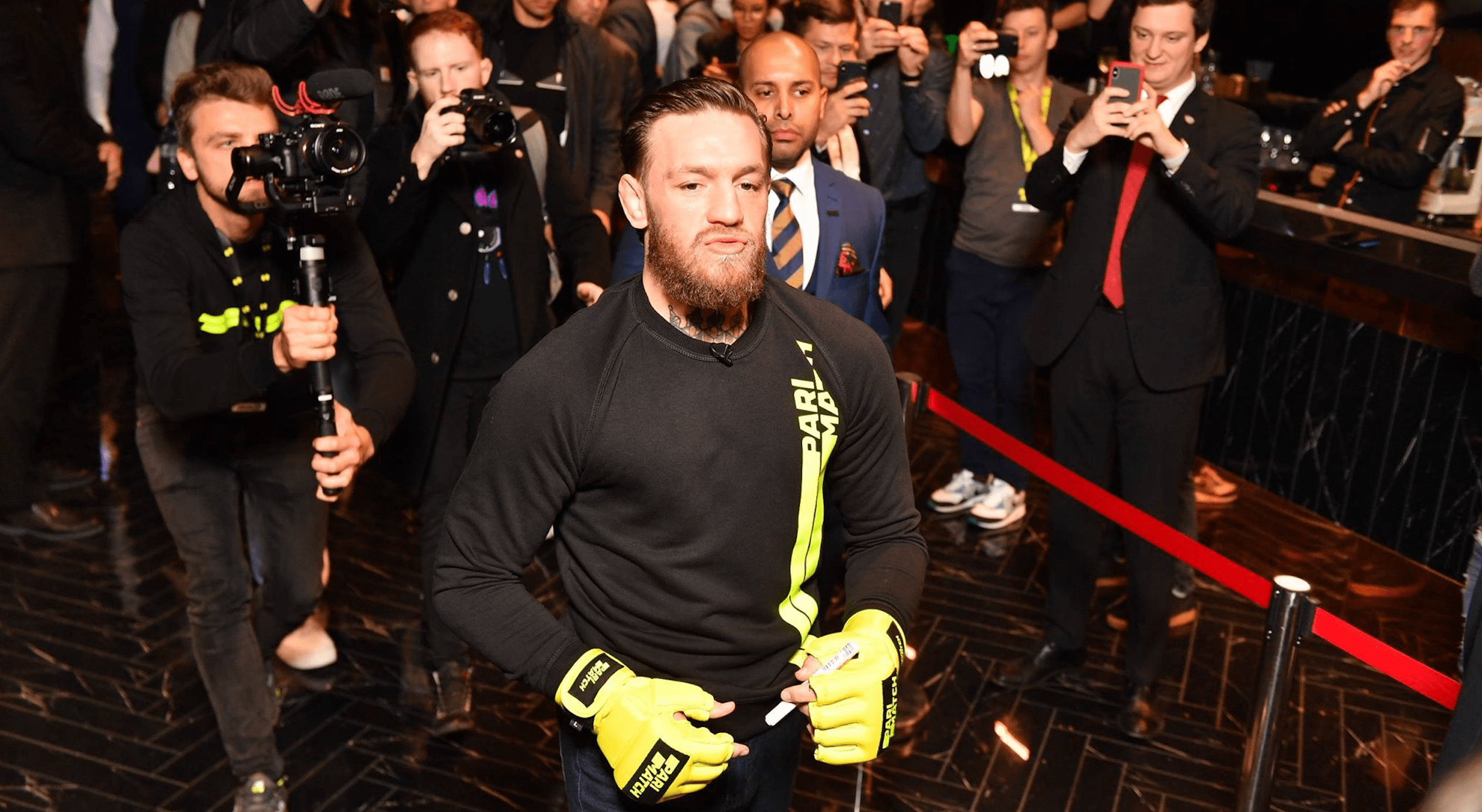 Conor McGregor hasn’t fought in over a year, but that hasn’t stopped the Irishman from regularly taking to social media to give his opinions on fights and fighters. When asked his thoughts on the upcoming fight between Jorge Masvidal and Nate Diaz at UFC 244 and the potential matchup between Khabib Nurmagomedov and Tony Ferguson, ‘The Notorious’ didn’t shy away from giving his predictions.

Speaking at sponsored press conference in Ukraine on Wednesday (as transcribed by BJPenn.com), McGregor picked the two fighters whom he has fought against previously to get the wins.

“I think Diaz beats him. He’s got crisper boxing, way more experience,” said about the showdown of Diaz and Masvidal for the Baddest Mother F***er title.

“I think Masvidal’s had a good run. He’s on a two-fight win streak. The game is very forgetful, I believe, our sport is. I think Diaz has enough in it to do it. I think he’s in a better space. You’ve got to factor in that. What kind of space the fighter’s in because everybody’s the best on their day, you know what I mean? I think Diaz beats him,” Conor added.

Additionally, the former two-division UFC champion also gave his opinion about the possible super showdown of his former foe Khabib Nurmagomedov and Tony Ferguson. And McGregor gave his vote to the “Eagle”.

“It will be an interesting one. I think Khabib would probably beat him,” McGregor blurted out.

“Again, you’ve got to see what the circumstances are. Anyone can win on any given day. Tony is a formidable fighter also, you know. He’s very, very tough. He does go down, he does get dropped, his guard has been passed, he’s been mounted by a lesser fighter, so I would favour Khabib in that bout,” he explained.

Speaking at the press conference, McGregor also spoke about when he plans to return to action, and hit out at the UFC for not giving him a fight already.