Nadia Kassem Opens Up About Suffering From Depression 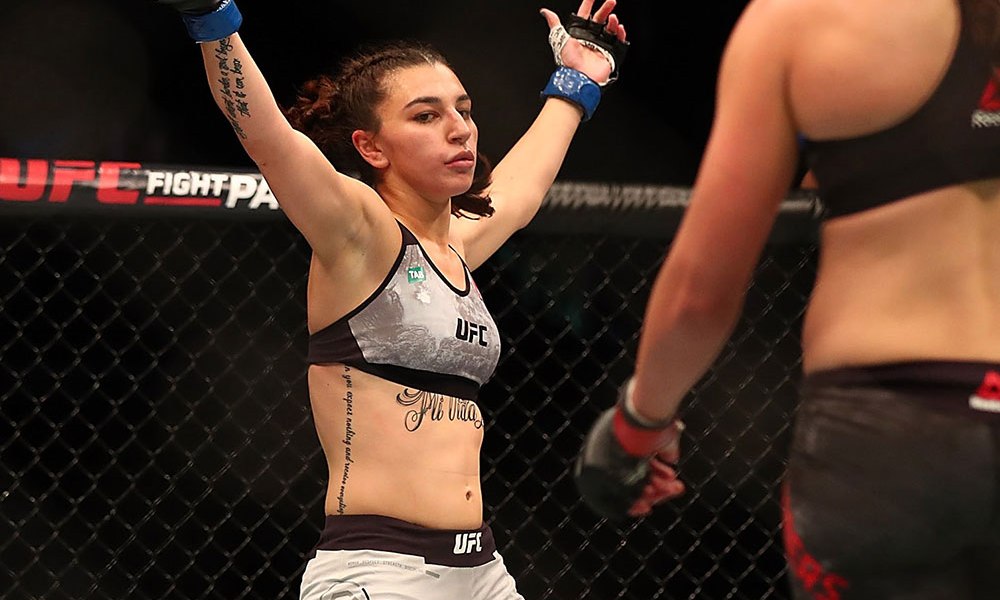 For Nadia Kassem, the fight doesn’t end when she leaves the cage. The UFC flyweight competitor is scheduled to face a ranked opponent in Montana De La Rosa at UFC 234, and the Australian goes into the event with an unblemished 5-0 win-loss record.

Nadia made her UFC debut back in 2017, defeating Alex Chambers in her first — and only fight inside the Octagon. She was scheduled to fight in mid 2018, but pulled out due to an injury. Speaking to the reporters during the UFC 234 fight week, she told the media including Asian Persuasion MMA that she has been dealing with depression and mild schizophrenia since she was a child.

“A lot of people don’t understand, and I know a lot of people are afraid to speak out about it, but I’m not”, Nadia told the reporters. “I’ve been struggling with something like depression, anxiety and mild schizophrenia since I was young, so I’m coming up from that now. And (I’m) on the right medication, seeing the right people, and of course having the right support around you. It’s all about the people around you.

“If you got a bunch of idiots around you and they’re going to bring you down, then you’re going to go down with them. You are who you hang with. So I’ve just been embracing it and hanging with the right people.”

Kassem also laid into the Australian media, who haven’t given her much of a thought in the lead up to her fight. For her, they just hop onto the bandwagon.

“It doesn’t phase me too much”, Nadia revealed. “I know who the loyal fans are. Sometimes the same people you walk with cheer for you, and sometimes they boo you because they’re just bandwagon-riders. They just jump on whoever is winning, or whatever it is. That’s fine. I know that the true people, the loyal people will actually believe in me. So it doesn’t bother me.”

You can watch the entire scrum below.