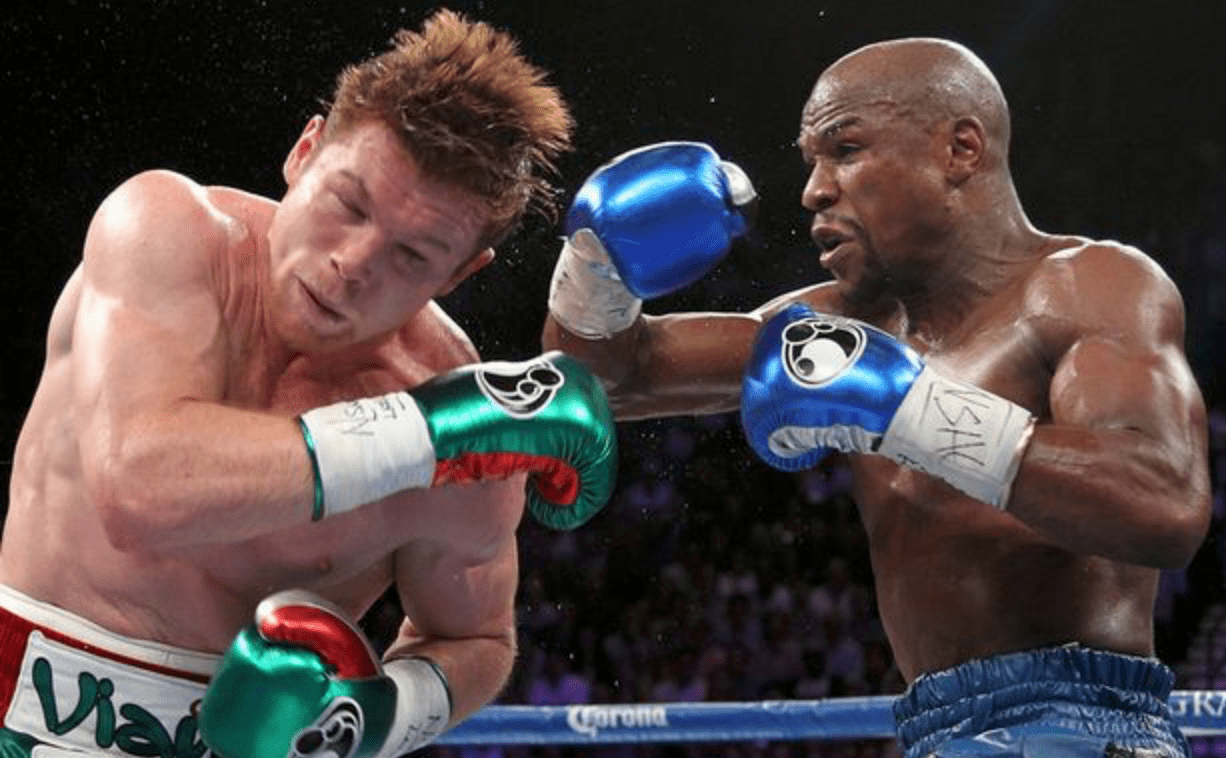 Despite the fact that Mayweather beat Canelo back in 2013, De La Hoya believes a rematch now would be a $1.5 billion dollar fight.

Since their first first, Mayweather has fought five times, including Marcos Maidana twice, Manny Pacquiao and most recently, Conor McGregor in 2017.

The 50-0 Mayweather did have a three round exhibition boxing contest with Japanese kickboxing star Tenshin Nasukawa at Rizin 14, in December. Which Mayweather won in convincing style in the very first round.

Canelo has fought ten times since their fight five and a half years ago, winning nine times and drawing once. The draw and one of the wins, coming against Gennady Golovkin.

Do you think there’s any chance that Mayweather will come out of retirement to face Canelo?