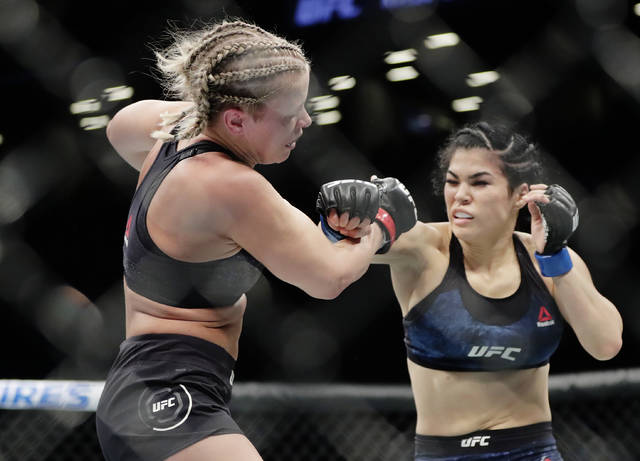 UFC flyweights Paige VanZant and Rachael Ostovich stepped inside the Octagon this past weekend at UFC Brooklyn. What looked like an unlikely fight just a month ago, owing to the injuries sustained by Ostovich, got back on track when Rachael refused to back out of the fight.

On the night however, Rachael’s heroic effort wasn’t enough to get her the win. Paige, who herself hasn’t had the best of times recently inside the cage, picked up the submission win due to a straight armbar. VanZant locked in the armbar and Rachael immediately tapped out. However, considering Paige had her belly to the mat, the referee did not immediately spot the tap, and VanZant had to let go of the submission.

According to ESPN’s Ariel Helwani, Ostovich reportedly hyperextended her left arm, and will undergo further tests when she gets back to Hawaii later this week. Rachael currently is 4-5 in her professional MMA career, and 1-2 in the UFC.