Ryan Bader On Jon Jones: I Can Beat This Guy 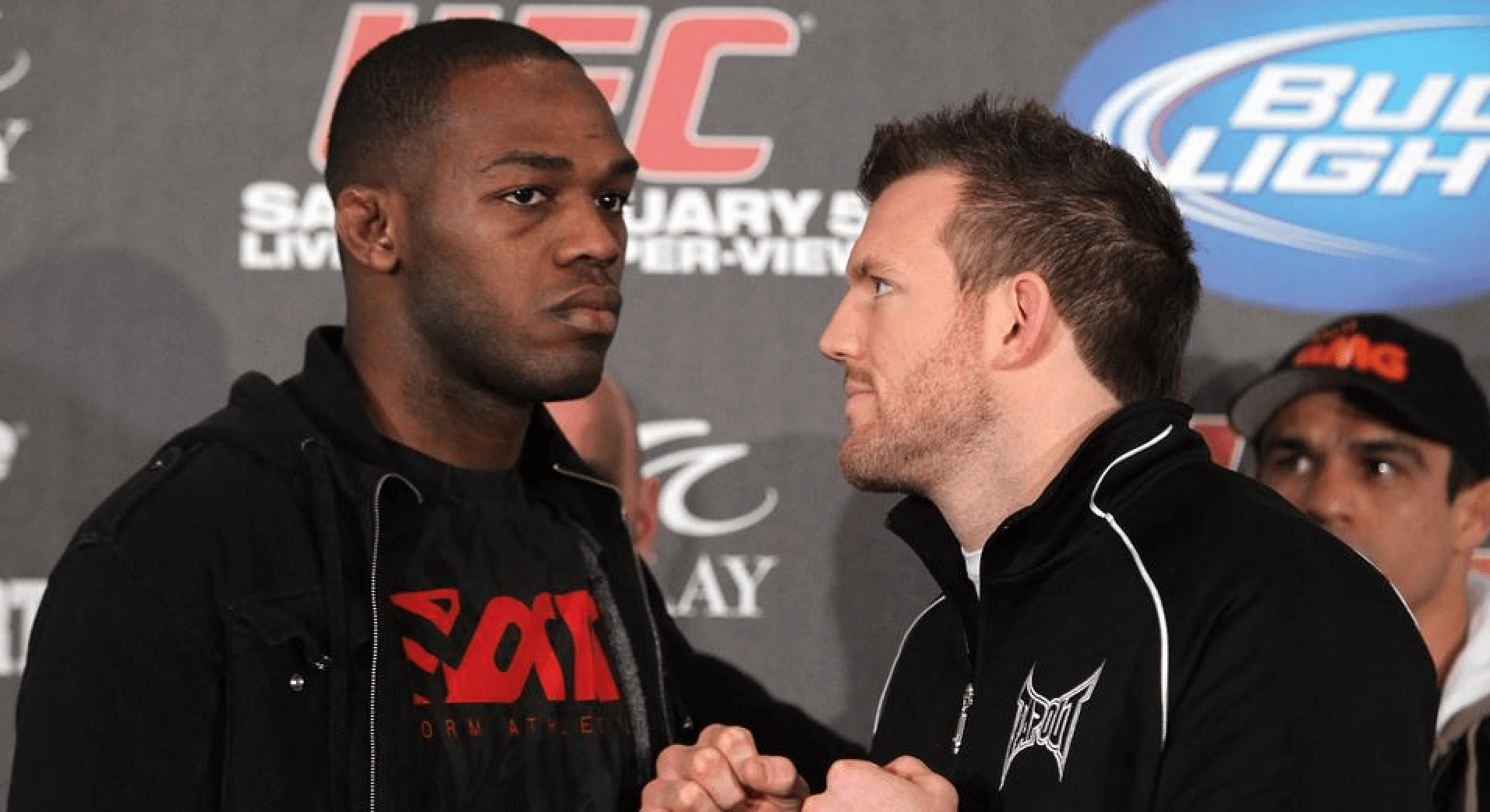 Ryan Bader has been on a tear since joining Bellator. After besting Phil Davis to become the light heavyweight champion, ‘Darth Bader’ took out Muhammed ‘King Mo’ Lawal, Matt Mitrione, and Fedor Emelianenko in the promotion’s heavyweight Grand Prix. And while he has been in the fight game for a long time, it seems that Bader is finally cresting the prime of his career.

Speaking with Bloody Elbow this week, Bader shared his thoughts on what he sees as the diminishing performances of UFC light heavyweight champion Jon Jones.

The two met previously in the UFC Octagon at UFC 126, where ‘Bones’ stopped Bader with a guillotine choke in the second round. Even so, ‘Darth Bader’ thinks that time has been kinder to him than Jones.

“Guys are coming up and they’re getting better but I think there is a big mental game. Years and years ago, Jon Jones was untouchable. You couldn’t win a round against him,” Bader recalled. “As you start seeing other people be successful, you stop walking out there like, ‘I can’t beat this guy.’ You start thinking, ‘I can definitely beat him. Look how close others have come. Why not me?’ For me, I want that fight back because he’s the best. He’s the greatest effort. I feel like I’m in my absolute prime and I’m the best I’ve ever been.”

Bader also took some time to address a controversial ‘No Contest’ result in a fight between himself and perennial heavyweight contender, Cheick Kongo. The fight, which took place last September at Bellator 226, ended when Kongo claimed an eye poke rendered him unable to continue. Ryan made mention of a video he insists proves there was no poke, gouge, or contact with his opponent’s eye.

“My friend sent me something today where he keeps complaining about the eye poke that didn’t happen. He called me a coward and all that,” Bader explained. “After watching the fight and looking at all the cameras angles, it didn’t happen. We can definitely redo that one and he can be my next fight at heavyweight. I wanted that and I want to put that to bed. I was dominating him in the first round and it was going to keep going exactly like that.

“My thumb pokes him right in the nostril. Then he winces and covers his eyes. The ref jumps in and stops it. His wince was right after the thumb in the nose and he grabbed his eye. This is on national television,” he underscored. “He kept whining and whining about it, but he never brought anything forward. Nothing to prove there was ever an eye poke.”

When asked why the fight was stopped if there was no eye poke, Bader speculated that his opponent may have been searching for a way out of the fight.

“I heard he tore his bicep right before that defending a takedown. It’s a five-round fight,” Bader hinted. “There wasn’t a second where I wasn’t winning, dominating the fight. Maybe it’s one of those things where he tried to steal the fight and get out of there.”

Do you think Ryan Bader has what it takes to best Jon Jones in a rematch? And should Cheick Kongo get a rematch and another shot at the Bellator heavyweight champion?