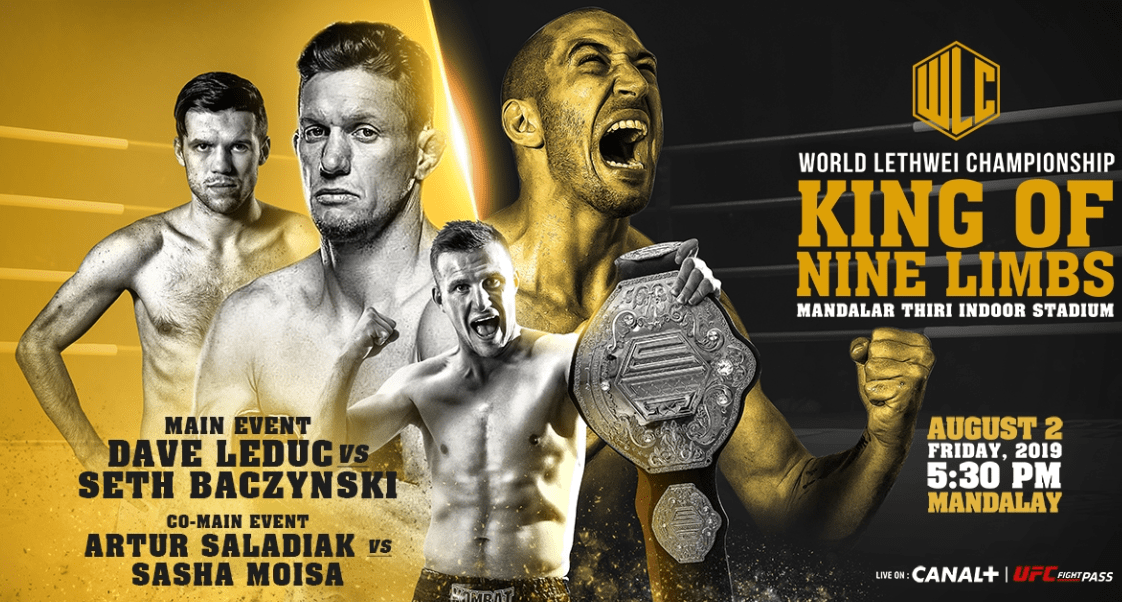 WLC: KING OF NINE LIMBS takes place on 2 August 2019 in Mandalar Thiri Indoor Stadium, Mandalay, Myanmar. The event will be broadcast LIVE on Canal+ in Myanmar and on UFC Fight Pass.

Sasha Moisa is a Ukrainian Muay Thai Champion who made an empathic statement in his lethwei debut by knocking out Myanmar superstar Shwe Yar Man to earn his title opportunity. Currently training out of Bangkok, Thailand, Moisa possess incredible power in all his attacks.

World Lethwei Championship Chairman U Zay Thiha stated, “WLC: KING OF NINE LIMBS is the first megaevent of its kind in lethwei history and will feature two world lethwei championship title matches! Artur Saladiak and Sasha Moisa are two of the best fighters in this business and to get to see them battle it out will be a true spectacle. This event will be the biggest sporting event in Myanmar history as we continue to showcase Myanmar as a global sports epicentre!”