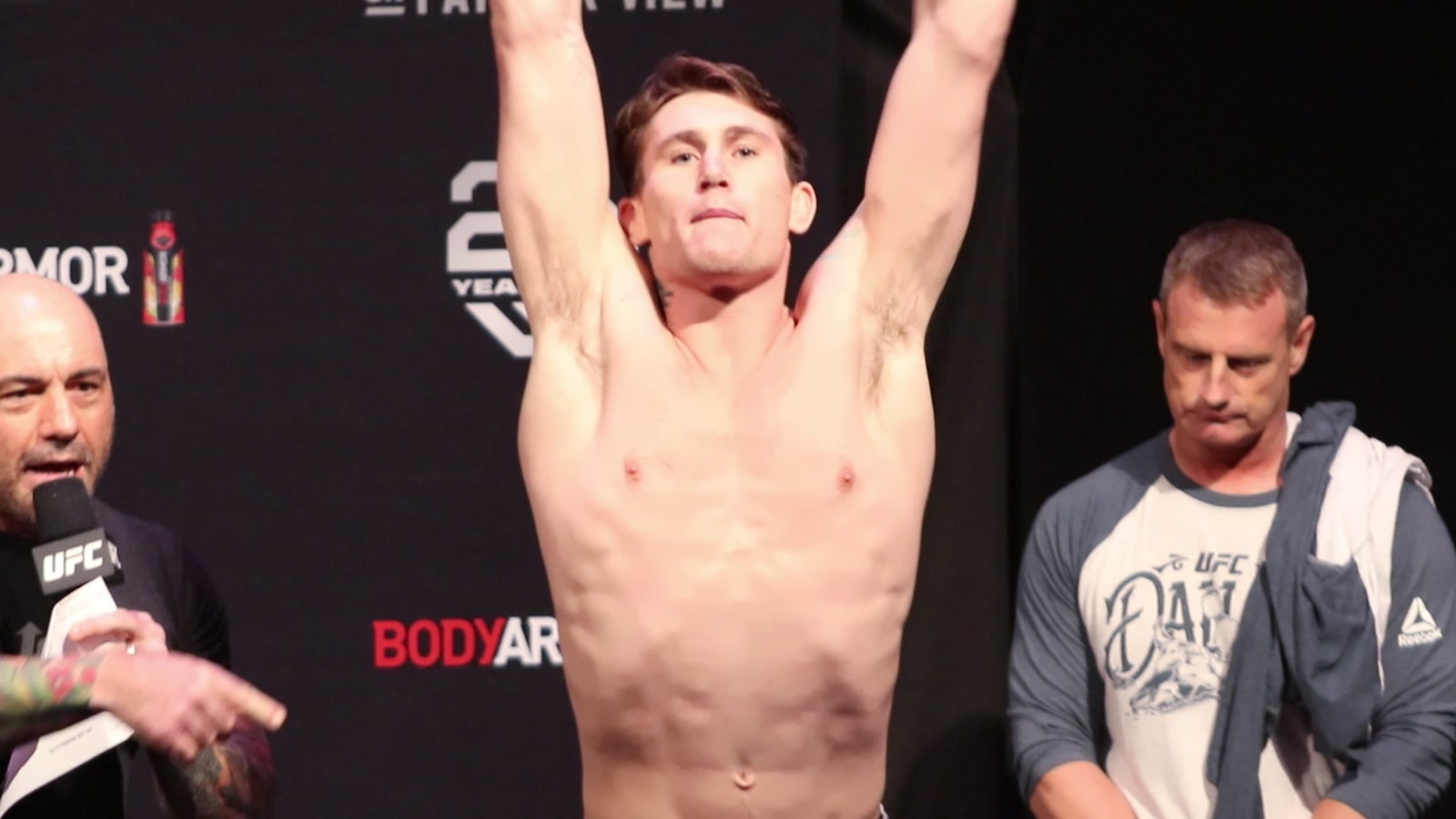 Darren Till has taken to his Instagram account to wish Israel Adesanya good luck in his UFC middleweight interim title fight with Kelvin Gastelum at UFC 236. The top welterweight contender also said that the two will fight one day and when they do, it will be ‘epic’.

Till is scheduled to fight Jorge Masivdal in a welterweight contest at UFC London, on March 16th. The Liverpudlian is know to be an especially big welterweight and after several tough weight cuts, including a missed weight cut against Stephen Thompson at UFC Liverpool last year, has expressed that it’s only a matter of time before he moves up to middleweight.

Adesanya is coming off of a win over Anderson Silva earlier this month at UFC 234 and is unbeaten at 16-0. Till only has the one loss on his record, losing to the 170lbs champion Tyron Woodley, in his last outing.

How much would you like to see Till and Adesanya go toe to toe inside the Octagon?