Tito Ortiz: I Got A Phone Call About Fighting Mike Tyson 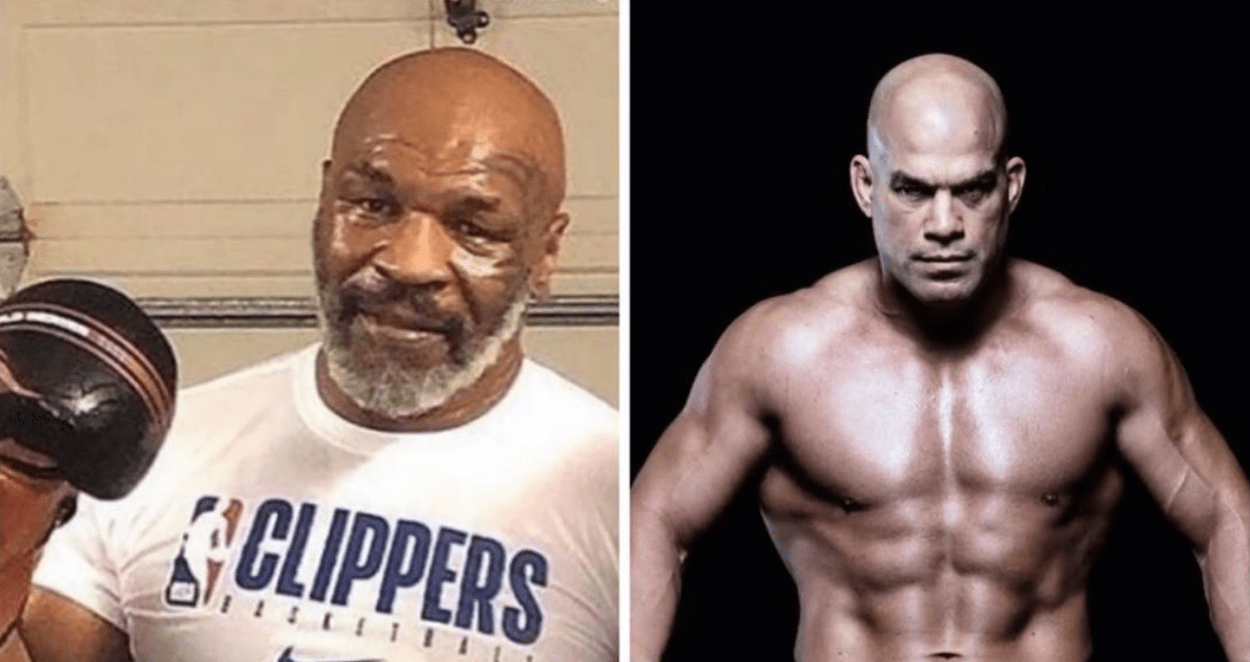 UFC Hall of Famer Tito Ortiz, who still competes in MMA for the Combate Americas promotion, has recently called out the former undisputed boxing champion of the world, Mike Tyson, who is planning a comeback.

When Tyson was asked about possibly fighting the former UFC light heavyweight champion, he simply answered with “I would be open for anyone”. Nonetheless, Ortiz told TMZ Sports (transcript by MMA Junkie) that he was actually contacted about fighting ‘Iron Mike’, but didn’t disclose by whom.

“I got a phone call and someone started asking me, ‘What do you think about fighting Mike Tyson?’ I was like, ‘Really?’ This is an opportunity that I like. I’m in,’.”

Although Ortiz is confident in his boxing skills, he isn’t sure whether the fight against Tyson would be in MMA or boxing.

“I’m not sure if it’s going to be MMA or boxing yet. I haven’t even gotten that far,” he said. “We both have got to be cleared by the athletic commissions. That’s the biggest thing. Either one. I’ve been boxing for 20 years.

“My boxing skills have gotten better and better,” Ortiz continued. “They may not be at the same level as Tyson, but has Tyson been punched in the face in the last 15 years? No he hasn’t. I have been. I’ve been able to subdue everyone I’ve competed against over the last four years.”

Ortiz believes that he and ‘Iron Mike’ would make a huge commercial success, even bigger than Conor McGregor vs Floyd Mayweather in August 2017.

“You know what Conor McGregor and Floyd Mayweather did? I think we could double that,” Ortiz said. “It’d be amazing. It’d be fun. It’d be a great opportunity for both of our brands. The hard work that pays off, the person’s hand will get raised. Everyone knows me as being a hard worker.”

Although he has a great deal of respect for Tyson, Ortiz is confident that he would get the win.

“I respect Mike. Mike is an amazing man,” Ortiz said. “He’s an amazing individual in general, just what he’s gone through and what he’s [become]. I’ve got to give him nothing but respect. I’m not trying to disrespect him at all with anything I say this point out on. I really want to let him know, hey Mike, you are the man. You are one of the best in the world. But I was one of the best in the world at my own game, too.

“… Well, do you think Evander Holyfield stepped up and said, ‘That’s Mike Tyson. I’m going to be afraid of him. I’m not going to be able to tire him out and knock him out in the seventh or eighth round?’ No, it’s all a game plan.”

Ortiz seems pretty hyped up about this as he already published a promo on his YouTube channel.

Would you like to see Tito Ortiz vs Mike Tyson?