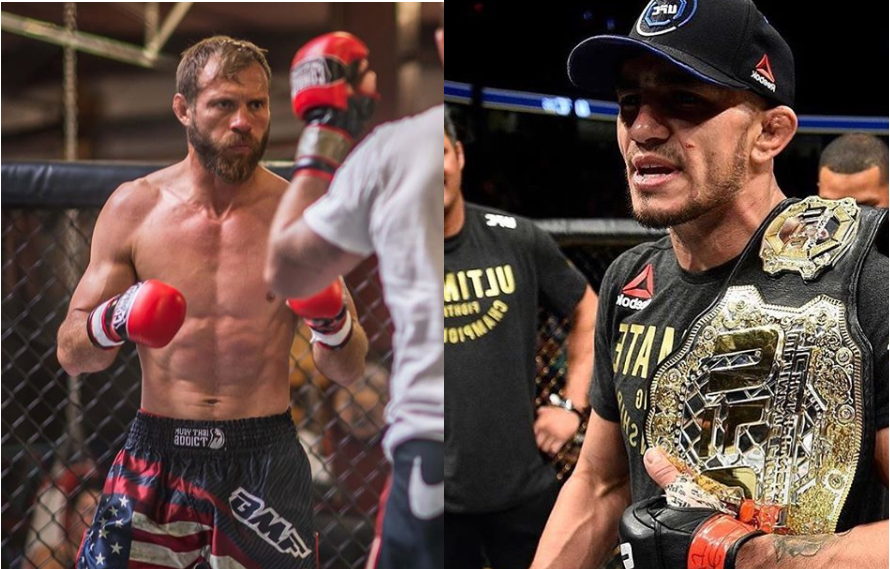 According to ESPN, Tony Ferguson vs. Donald Cerrone is being targeted for UFC 238. “Cowboy” defeated Al Iaquinta last weekend at UFC Ottawa, and is already eyeing a return to the Octagon to face former UFC interim lightweight champion, Tony Ferguson.

After his win against Iaquinta, Cerrone called out Conor McGregor, and hoped that he would face the Irishman in July. Instead, it is now being reported that Donald Cerrone will face “El Cucuy”, who hasn’t fought since his impressive victory over Anthony Pettis in October last year.

Last year in April, Ferguson was offered a fight against Khabib Nurmagomedov for the lightweight championship. However, Tony Ferguson had to withdraw due to a freak knee injury, and wasn’t able to face Max Holloway in April this year due to personal reasons.

However, Ferguson met with the UFC officials earlier this week, and stated that he was now officially back. Tony had also called out Conor McGregor, but with Conor not willing to take a fight which isn’t for the lightweight title, or not main-eventing a pay-per-view, both Cerrone’s camp and Ferguson’s camp have reportedly agreed to a fight between the two at UFC 238.

The contracts haven’t been signed yet for the fight, nor has the promotion made it official. However, it is being reported that both the parties are close to finalizing the details, which could mean that the winner of the fight would face the winner of Khabib – Poirier, which is rumoured to take place at UFC 242 in September.