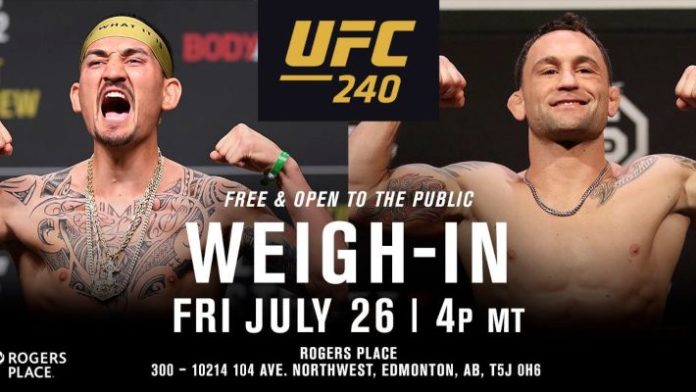 UFC 240 goes down Saturday night at the Rogers Place in Edmonton, Alberta, Canada.

In the main event, Max ‘Blessed’ Holloway will defend his featherweight title against the former UFC lightweight champion, Frankie ‘The Answer’ Edgar. The co-main event sees an exciting women’s featherweight contest between the former champion Cris Cyborg and Felicia Spencer.

Alex Volkanovski weighed in at 144.5 pounds as a back up. If anything happens to Holloway or Edgar, Alex will step in as a replacement.