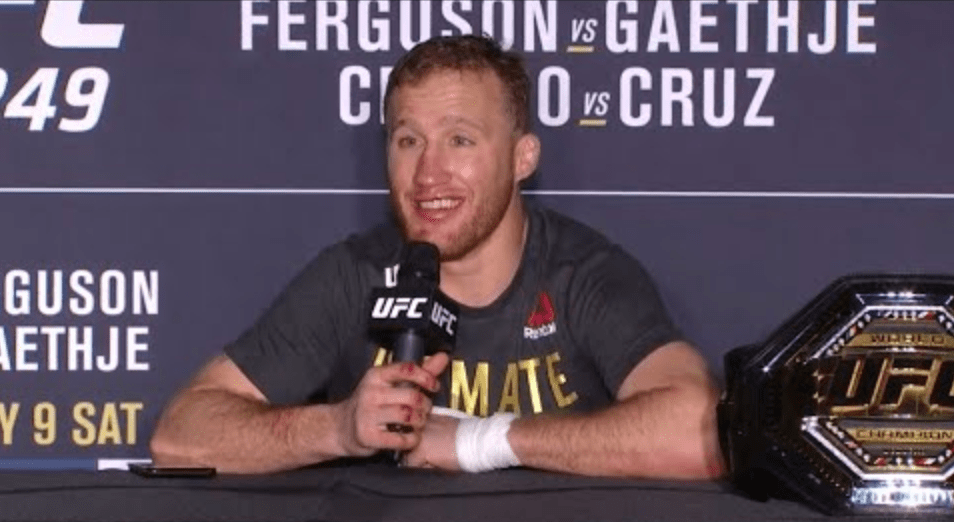 The UFC made its long awaited return tonight with the stacked UFC 249 card. Fans were treated to the first UFC card in 56 days. The card was stacked from top to bottom and went down behind closed doors at the VyStar Veterans Memorial Arena in Jacksonville, Florida.

The main event between Tony Ferguson and Justin Gaethje promised fireworks. And it didn’t disappoint. Going into the fifth and final round, ‘El Cucuy’ needed a finish if he was to be victorious. However it was ‘The Highlight’ who earned the stoppage win, after referee Herb Dean waved the fight off.

After his fourth straight win inside the Octagon, Gaethje finds himself the UFC interim lightweight champion, and will meet Khabib Nurmagomedov later in the year in a unification bout. As for Ferguson, he ended the fight looking like he had fought ‘Tony Ferguson’. The result all but put the final nail in the Khabib vs Tony coffin.

The UFC 249 co-main event will see Henry Cejudo defended his bantamweight tile against Dominick Cruz, stopping the former champion with only two seconds left of the second round. Immediately after the win, ‘Triple C’ shocked the world by announcing his retirement from the sport.

You can check out the full results here, see how the MMA world reacted to the card here and see who won the Performance of the Night bonus awards here.

Over the next few days, we will post all the best UFC 249 post fight videos below. Beginning with the post fight conference, and including Georges St-Pierre’s induction to the UFC Hall Of Fame video.