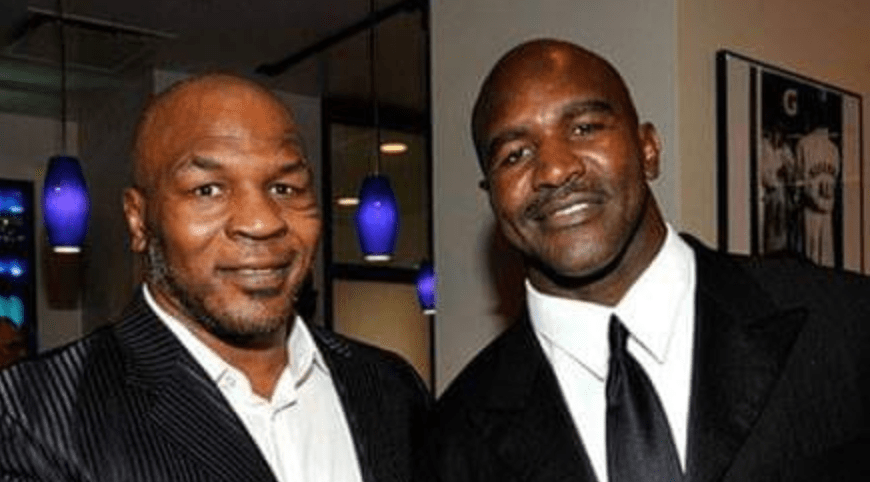 The 57-year-old Holyfield tweeted ‘The Champ is back!’, stating that he plans to compete in some exhibition matches.

Similarly, Tyson also has a comeback in his mind. The 53-year-old recently tweeting a short clip from his pad session with renowned MMA coach Rafael Cordeiro, who was stunned by the former champions’ skills and punching power.

Tyson and Holyfield fought twice during their careers. The first time in 1996, when Holyfield won by TKO, winning the WBA heavyweight title. And the second time in 1997, which was the infamous ‘ear biting match’ that saw ‘Iron’ Mike disqualified.

Now with both men are coming out of retirement, it makes us wonder if we are going to see the trilogy fight? If so, where and under which rules?

“While we did make a guaranteed offer of $20 million for Mike [Tyson] to fight for BKFC, we’re open to many different options as to how we can work together. Obviously, the excitement of seeing Mike’s video showing himself training and desire to participate in exhibitions inspired us to reach out and make the offer,” Feldman stated.

Holyfield last competed in 2011 when he defeated Brian Nielsen via TKO. While Tyson lost his last fight in 2005, against Kevin McBride.

However, Holyfield isn’t the only veteran boxer who is in the mix to fight Tyson. The father of the two-time heavyweight world champion Tyson Fury, the infamous gypsy fighter John Fury, has openly called the boxing legend out for a charity fight, stating that he “will die in a fight”.

What do you make of Mike Tyson and Evander Holyfield looking to come out of retirement? And what are your thoughts on John Fury, who proclaims to be the fittest, toughest 55 year old on the planet, calling out the boxing great?