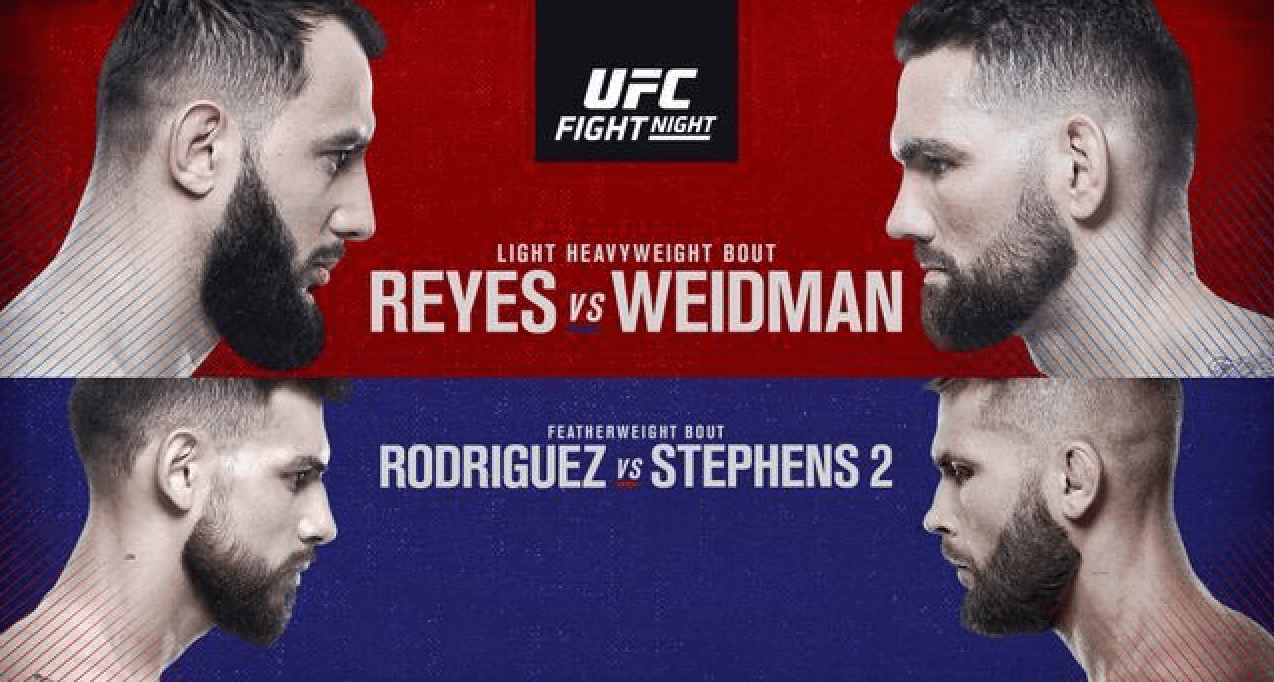 UFC Boston went down Friday evening at the TD Garden in Boston, Massachusetts. Chris Weidman made his light heavyweight debut in the main event, against the unbeaten Dominick Reyes.

The UFC Boston co-main event saw a rematch between Yair Rodriguez and Jeremy Stephens. The two faced off last month at UFC Mexico City, but the fight ended in a no-contest after just fifteen seconds of the first round, due to an accidental eye poke by Rodriguez on Stephens.