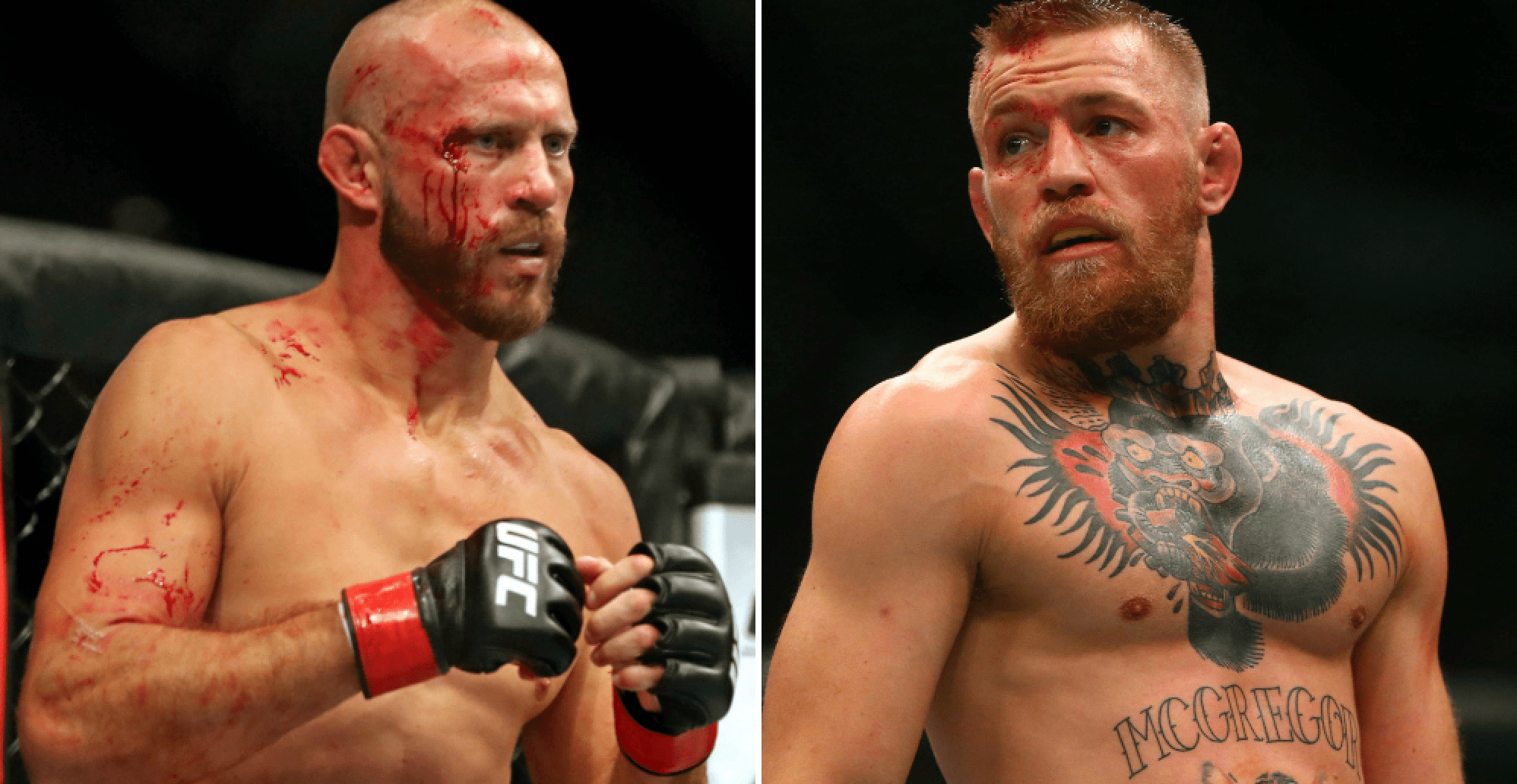 We’re only days away from the first UFC card of the new decade, and the return of a certain Conor McGregor. Welcoming the Irishman back to the Octagon will be ‘Cowboy’ Cerrone. The two will face off in the UFC 246 main event this coming weekend, at the T-Mobile Arena in Las Vegas.

Going into the fight, the general consensus is that the longer the fight goes on, the more it benefits ‘Cowboy’ and that if he is to win, he’s going to have to take McGregor down. Speaking to ESPN, Cerrone was asked about both consensuses.

Since his first fight with Nate Diaz, McGregor has gained a reputation for gassing out in fights. ‘Cowboy’ however believes that the former UFC two division champion probably does have good cardio and has addressed these issues.

“Yeah, he puts a lot into every punch man, he does. He goes out there and tries to finish. I bet the dude’s got good cardio, he just tries to take your f***ing head off every punch. So I don’t care who you are, if you give 100% every swing, you’re going to tire a little bit. But I’m sure that’s been addressed.”

A lot has also been made about McGregor’s ground game and ‘Cowboy’s’ advantage there. Despite the fact that his BJJ coach Dillon Danis this week said that “Conor’s been one of the best jiu-jitsu guys that I’ve ever rolled with, like MMA-wise”, ‘The Notorious’ certainly appears keen to keep the fight on the feet, posting to social media this week that whoever shoots for the first takedown is a ‘cowbitch’.

Asked whether he planned to take the fight down to the ground, ‘Cowboy’ responded that he probably should but…

“You know, I probably should but I don’t think I will. I like to fight too. You know I like to get in there and throw down. Everyone says his standup is amazing, so why not go and test it? Everyone says, ‘you want to just stand there and you’re going to get knocked out, that’s a stupid game, that’s a stupid decision.’ But it’s my decision, it’s my stupidity. Who the f*** are you to tell me what I can do?

While ‘Cowboy’ wants to have fun on the feet and test his striking, he also believes that McGregor will be fully prepared for wherever the fight goes.

“You’d be a fucking fool to think I’m sitting here saying all Conor has is a right hand and that’s all we need to worry about. You stupid motherf***ers, do you know what I mean? Yeah, do I play? Sure. But man we put hours in the gym. We have a huge team of guys who are there and support me. And their sole job is to watch film and train me to exactly what we’re going to do. It’s my decision and I’m going to do what I want to do. So yeah, I am going to f***ing stand and I am going to play.”

How do you think the UFC 246 main event between ‘Cowboy’ Cerrone and Conor McGregor goes this weekend?