UFC – Jorge Masvidal: I’ll Go And Win The Title While I Wait For McGregor 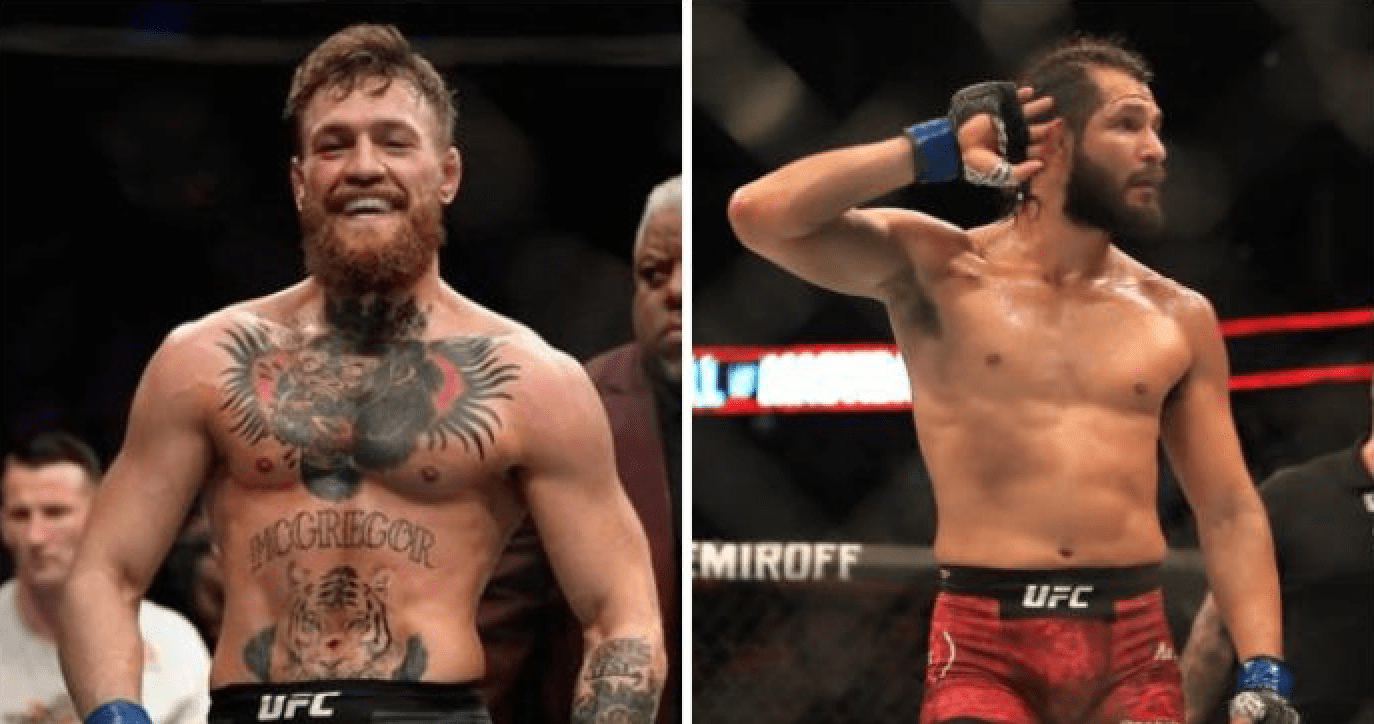 If the end of 2019 belonged to Jorge Masvidal, you could argue that the start of the 2020 has belonged to Conor McGregor, after his forty second win over ‘Cowboy’ Cerrone in the UFC 246 main event.

Now the question is, will they face off in 2020? While Masvidal has made it clear that McGregor is the fight he wants, Conor has been more candid, when discussing who he wants to fight next.

After McGregor didn’t single out Masvidal, following his win at UFC 246, ‘Gamebred’ is taking it that the former UFC two division champion wants no part of him. Or at least for the time being.

Speaking on the “Le Batard and Friends” podcast (as transcribed by MMA Fighting), Masvdial stated that he will go and win the UFC welterweight title, while he waits for McGregor.

“Certain things he said on the microphone as well that he doesn’t feel he’s not up to speed, that he needs to work on this, he needs to work on that. I get it, man. Go back in there, find your timing, when you feel you’re ready for the challenge, we do it. There’s no rush. I’ll go get my title meanwhile. I’ll go f*** up [Kamaru] Usman meanwhile, and then me and Conor can talk in the future if he wants to or not. It doesn’t really matter. I’m not here to bully people into fights or keep asking for the fight. I’m going to go about my business like I said I always will.”

Despite being away from the Octagon for fifteen months and his comeback fight only lasting forty seconds, Masvidal thought that McGregor looked good.

“He looked good. He had considerable size that he gained from all his previous competitions I’ve seen him in. He’s definitely gained some size. The fight only lasted 40 seconds. Conor did a lot of the same things that he did, maybe some new elements like his shoulder strikes and things like that, that he was doing. But a lot of the stuff he’s always done, he’s always been great at it. Punching, kicking, mixing it up. I think maybe it was the first time he hurt somebody really bad with a head kick but I’ve seen him head kick before.”

Even though Masvidal has consistently stated that he would prefer a money fight with McGregor, rather than a title fight, the 35 year old says he will be patient and give the Irishman time to come knocking on his door.

“Conor, he’s been out for a while and we’re asking him to come up to another weight class that isn’t his and fight the baddest motherf***er in that f***ing weight class. Let the guy get into his groove. When he finds his groove and space, I’ll still be at the top winning. He can come knocking on my door then.

“Right now, it’s sounding like what he said right after the fight, he still wants to get up to speed and do certain things. Get those certain things done and then when you’re ready, get in contact with my camp and we’ll figure it out.”

Dana White has openly said that he doesn’t like the idea of McGregor fighting Masvidal. Although the UFC president told the UFC 246 post fight conference that he has warmed to the idea of Conor fighting at welterweight, following his win over ‘Cowboy’. Jorge however says that he doesn’t blame Dana for not wanting him to fight McGregor.

“Damn right I’m going to hurt that guy. That’s the main reason why someone smart like Dana White doesn’t put that fight together and want it. Because they can put one huge fight together and all that but that kind of hurts Conor’s reputation. Instead, get him several small fights — they’re not small fights, like this last fight that he had and keep him winning — and keep that cash cow generating revenue as a winner.

“Because if you bring him on this side, you’re going to have to generate the revenue from the losing side of it and it might not be as much as him winning several small battles. So that’s how I think Mr. Dana White sees this thing. Because if he brings him in on this side, he’s leaving with an ‘L’ guaranteed. They better not put that boy in there with me.”

While a Masvidal vs McGregor fight happening next is a real possibility, Jorge knows that whatever happens, he’s in a great position.

“Obviously, I want the cash cow. I want all the money possible. But if they don’t want to fight me then blessings be upon you and go collect your pay cheque. I still have more options than all those guys you mentioned. My next fight is guaranteed a title shot versus whoever has the title when I say I’m fighting for the title. So I’m in a great position. I’m in the driver seat of all these conversations.”

Would you like to see Jorge Masvidal vs Conor McGregor go down next?