UFC: McGregor vs Gaethje And Poirier vs Hooker Set For The Summer? 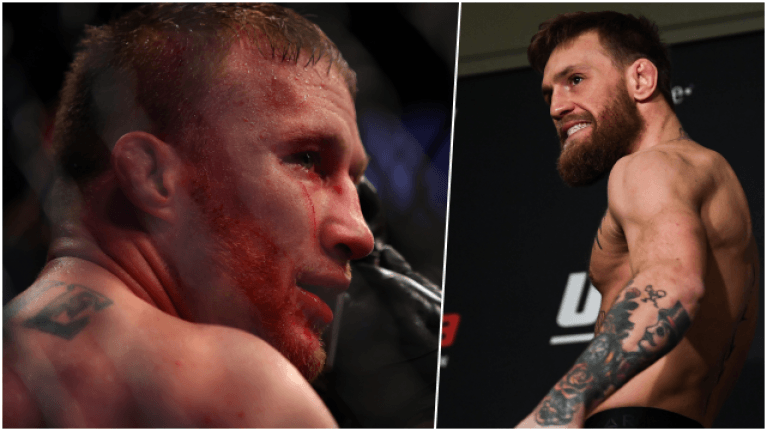 Dan Hooker earned himself a top five opponent next, this past weekend at UFC Auckland, where he beat Paul Felder by way of split decision. Following the razor close win in the main event, ‘The Hangman’ called out Justin Gaethje.

“I got my eye on someone. I want the battle of the highlight reel. I want Justin Gaethje next. Let’s go,” Hooker said in his Octagon interview at UFC Auckland.

Speaking on The Ariel Helwani Show however, Hooker stated that he would be prepared to face Dustin Poirier, if Gaethje has another fight lined up.

“If Gaethje is busy, then Poirier is the man. Either Gaethje or Poirier, those are the only two options that make sense for me.”

And according to Helwani, Gaethje could be busy fighting Conor McGregor this summer.

Gaethje has been consistently calling out McGregor and last month stated that he thought the Irishman will have the confidence to fight him now, after getting back to winning ways against ‘Cowboy’ Cerrone at UFC 246.

Just this past weekend, Gaethje and Henry Cejudo, who is also managed by Ali Abdelaziz, posted a video online, calling out McGregor.

“So I’m sitting here watching the UFC fights with my boy Justin Gaethje. And I’m just dumbfounded a little bit, because we’re talking about Conor McGregor. Yeah, that man that likes to sucker punch the elderly. Yeah, that man that does terrorist attacks in our country. And he thinks he can get the next title fight with Khabib,” Cejudo said.

“But I know Khabib. Khabib’s a man of honour and integrity. Everything that you’re not, he is. But I got somebody that you could fight to eventually fight for that title that you want. If not, you can stick to the ‘BMF.’ So I have a message for you, or better yet we’ll let Justin Gaethje give the message for you.”

Cejudo then pointed the camera at Gaethje, who accused McGregor of ducking him.

“‘Triple C’, the man is not going to fight me,” Gaethje responded. “What the f*** do you gotta do? He’s running out of easy fights. I’m sitting here smoking my CBD, waiting for a motherf***er to punch me in the face. Let’s go. Quit being a pussy.”

UFC lightweight champion Khabib Nurmagomedov is set to defend his title against the number one contender Tony Ferguson at UFC 249. While the number two ranked Poirier is recovering from having hip surgery and is currently looking for an opponent for his expected return to the Octagon in May.

And should McGregor vs Gaethje be confirmed for the summer, Poirier vs Hooker would make all the sense in the world. Following his win over Felder, Hooker could find himself ranked inside the top five of arguably the most stacked division in the UFC right now.

Would you like to see Conor McGregor vs Justin Gaethje and Dustin Poirier vs Dan Hooker this summer?