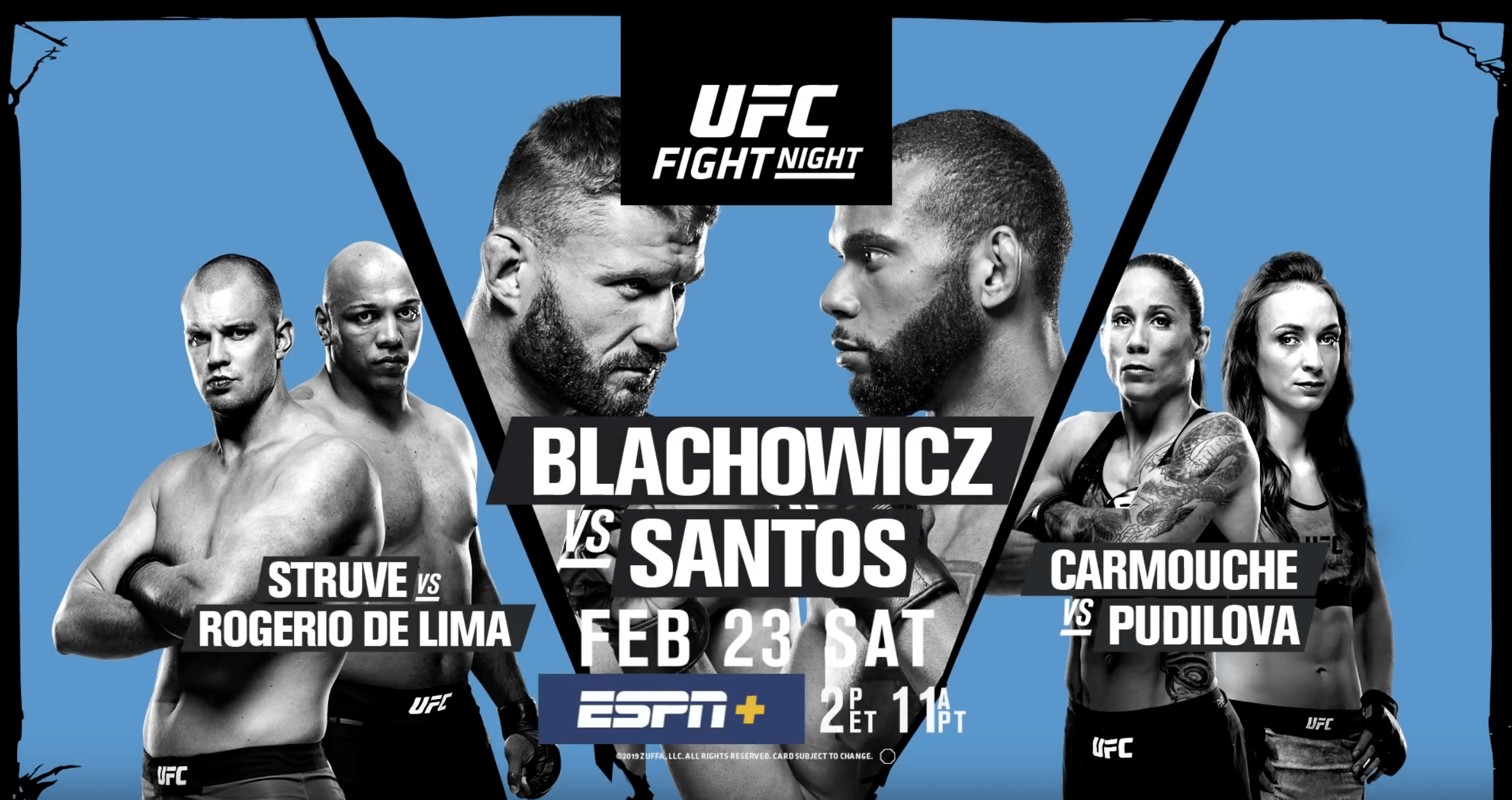 UFC on ESPN+ came to us live from Prague, with Jan Blachowicz and Thiago Santos headlining the card in a marquee light heavyweight bout. In the co-main event, Stefan Struve went up against Marcos Rogerio de Lima in a heavyweight fight. John Dodson and Petr Yan also put on a fantastic performance in the 135 lb division, while Liz Carmouche and Lucie Pudilova was the only female fight on the main card, with both the fighters looking to make inroads in the flyweight division.

Here are the results from UFC on ESPN+ 3.

Dwight Grant def. Carlo Pedersoli Jr by TKO (punches) at 4:59 of round 1

Chris Fishgold def. Daniel Teymur via submission (rear-naked choke) at 1:10 of round 2

Gillian Robertson def. Veronica Macedo by submission (rear-naked choke) at 3:27 of round 2

Damir Hadzovic def. Marco Polo Reyes by TKO (punches) at 2:03 of round 2