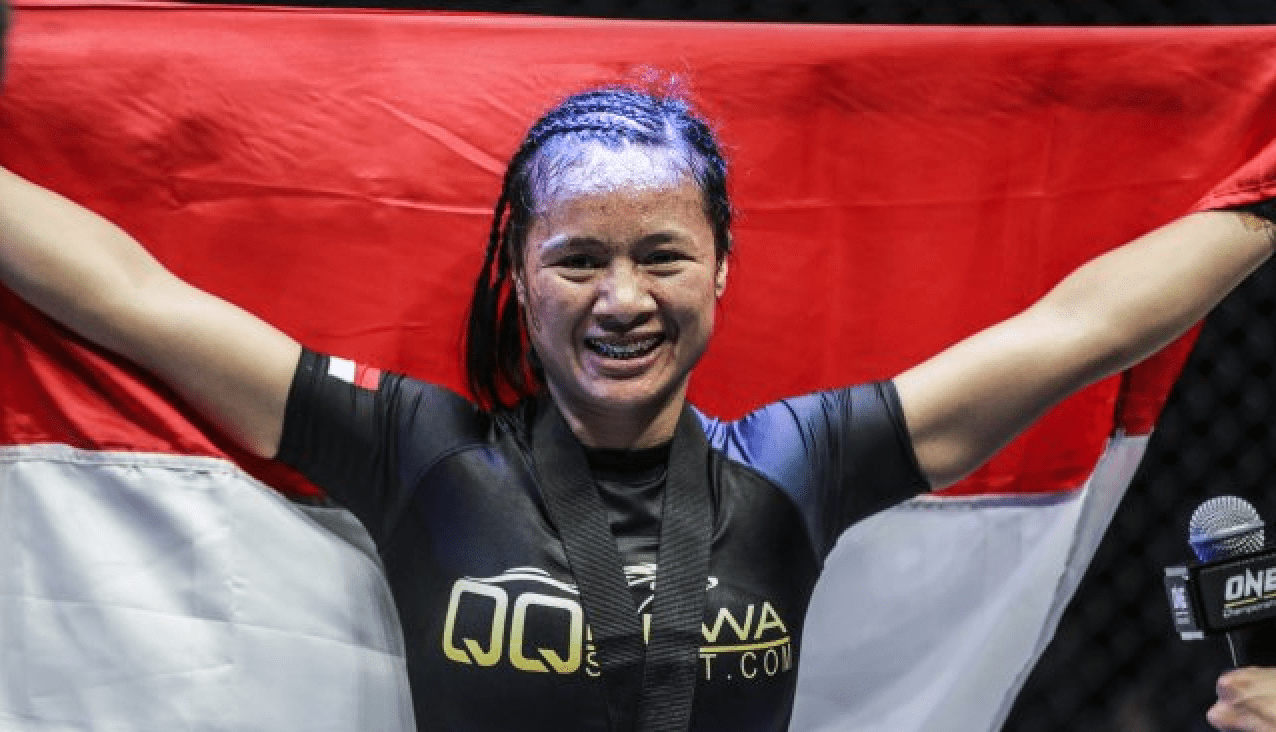 ONE Championship atomweight Priscilla Hertati Lumban Gaol is coming off two back-to-back wins inside the ONE Circle. Most recently, scoring a unanimous decision win over Bozhena Antoniyar, in front of her home fans at ONE: Dawn Of Valor in Jakarta, Indonesia, last October.

Speaking to ONE Championship, ‘Thathie’ stated that she’s willing to take on anyone in her division when she returns to action.

“I have never called out anyone because I have never rejected any assignment given to me by ONE. My coach always told me not to pick a certain opponent,” she said. “He even went on to say I should stop training if I only wanted to fight certain opponents!

“My coach and manager tell me to be ready for anyone, whether she is the champion or not. No matter what, training needs to continue. Just because I am on a winning streak, it doesn’t mean I can neglect my main duty [to train].”

The Indonesian native has notched up eleven fights (7-4) in just three years in ONE Championship and was offered to face the Thailand’s Rika Ishige in her next bout, which she would have gladly accepted, if she wasn’t injured.

“When I was injured, ONE offered me a fight with Rika Ishige,” Lumban Gaol said. “I didn’t have any issue with that match, so if I had to choose, I would go with her. Her BJJ is good and she is skilled in ground fighting, but I have never set a [game plan] before a match.

“For example, when my opponent is very skilled in ground fighting, it doesn’t mean I have to go toe-to-toe in that department. It all depends on the strategy from my coach. I’ll be who I am because the situation can change during a fight. We never know.”

Ultimately, Lumban Gaol is set on a mission to capture the ONE atomweight gold, currently held by Angela Lee, and bring it home to Indonesia.

“If I need to face someone stronger, if I train hard, God willing I can secure the win,” she said. “That’s what my coach always tells me. So basically, what matters the most is to keep preparing.

“I have a wish that one of our Indonesian athletes will be able to win a world title. If I can earn that opportunity [against Angela Lee], I would be extremely proud. Not just for me, but for the whole of Indonesia.”

How do you think Priscilla Hertati Lumban Gaol matches up against Rika Ishige and Angela Lee?