Adesanya Hits Out At Woodley, Wants To Fight Costa On Fight Island 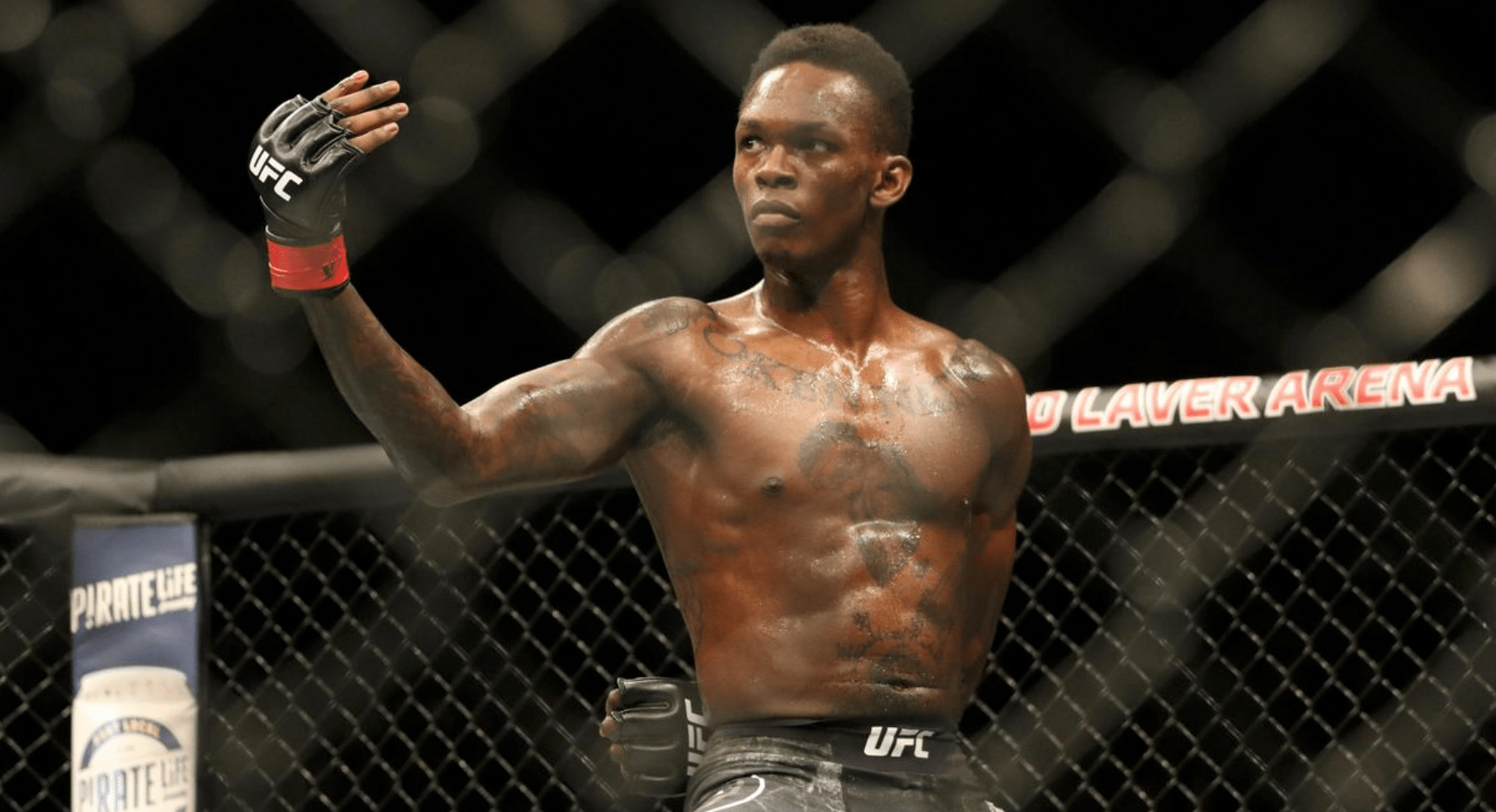 UFC middleweight champion Israel Adesanya, has dismissed Tyron Woodley’s recent call out as a plea for money and insists that he is focused on defending his title against Paulo Costa.

Former welterweight champion Woodley, recently expressed his intention of reclaiming the 170lbs belt, defend it multiple times and then move up to middleweight to challenge Adesanya. These comments sparked a Twitter war of words between ‘The Chosen One’ and ‘The Last Stylebender’.

Speaking to James Lynch of The Score (as transcribed by The Mac Life), Adesanya said he believes that Woodley is just trying to generate hype and plug a whole in his finances.

“Face to face, he’s different than any that I guess he is online, but the guy’s just reaching, to be honest, he’s reaching. It wasn’t the first he did it, and to make it clear, these guys are calling me out. Jones, Tyron, I never once spoke their name and then they say something about me. If you ever hear me say anything about them, it’s because they’ve said something about me, that you might not have heard or you might not have seen yet. So they’re the ones who keep reaching at me because they know what’s up.

“Tyron will take an ass whooping just to fight me as long as he gets paid good. Put it that way.”

Although Adesanya went back and forth with Woodley briefly on social media, he says he isn’t buying into Tyron’s taunts.

“First of all, you should not be talking to me, a, you ain’t a champion. Shut the f*** up. The last Nigerian you faced, you faced him at 30% and he whooped your ass, and three we’re black. I thought like, we’re cool. I’ve met him before. We’ve had good banter. So I’m like, ‘why is this guy calling me out suddenly?’ I’ve dissected it and he’s reaching cause he’s been needed money. I can’t see any other reason why you would do that.”

While Adesanya has little interest in fighting Woodley, he is very interested in fighting on Dana White’s Fight Island.

“I don’t really care about crowds. You know, me, I like the idea of me fighting in an empty arena. I can hear and feel, like, the echoes of my strikes hitting the body. You can hear what I’m saying to the person as well. I can give you a little bit of a show as I whoop someone’s ass. But yeah, Fight Island, that sounds good. I like the idea of Fight Island.”

Whether it’s on Fight Island, at the UFC APEX or anywhere else, Adesanya is set to defend his title against Paulo Costa next.

“Dana said at the press conference, that yeah, he’s the next guy and he’s going to be a guy that brings it, which is what I’m really looking for to,” Adesanya said. “I don’t care [when’s good for him]. He was ready to come back after trying to fake a doctor’s meeting or some s***. I don’t know. … Ask him.”

Speaking on a potential bout with Costa, Adesanya doesn’t see anything to worry about.

“Of course, I look at myself whooping his ass as I expect to, but realistically speaking, I don’t see anything,” he said. “This isn’t what you’re supposed to say to promote the fight but I actually don’t really — there’s nothing that I see that’s going to be new that I haven’t seen before. Nothing new. I’ve seen everything he’s thrown at me. I’ve seen it in kickboxing fights over a hundred f***ing fights. So yeah, I don’t really think there’s anything he’s going to bring that I haven’t seen already brought.

“Even as recent as yesterday has risen as, yes, day before yesterday — there’s some new s*** coming, man. Like I’m making some really big epiphanies in fighting. In fighting itself. So yeah, I’ve been shadowboxing in my living space behind me, and I’ve been looking at some videos been just, you have to be able to learn from different sources no matter who they are and what they are.

“I’m curious again. I’m curious about fighting again and not that I wasn’t before. I did what I already did. What I did does my first leg in the UFC, my first run from contender to snatching the belt and defending it — now it’s my next run and continually defending it.

“So it’s kinda got me curious on expanding my repertoire in fighting, and I started looking at some of the really, really different sources and I’m impressed with what I’m seeing and I like what I’m discovering.”

How does Israel Adesanya vs Paulo Costa go down? And do you give Tyron Woodley any chance against ‘The Last Stylebender’?