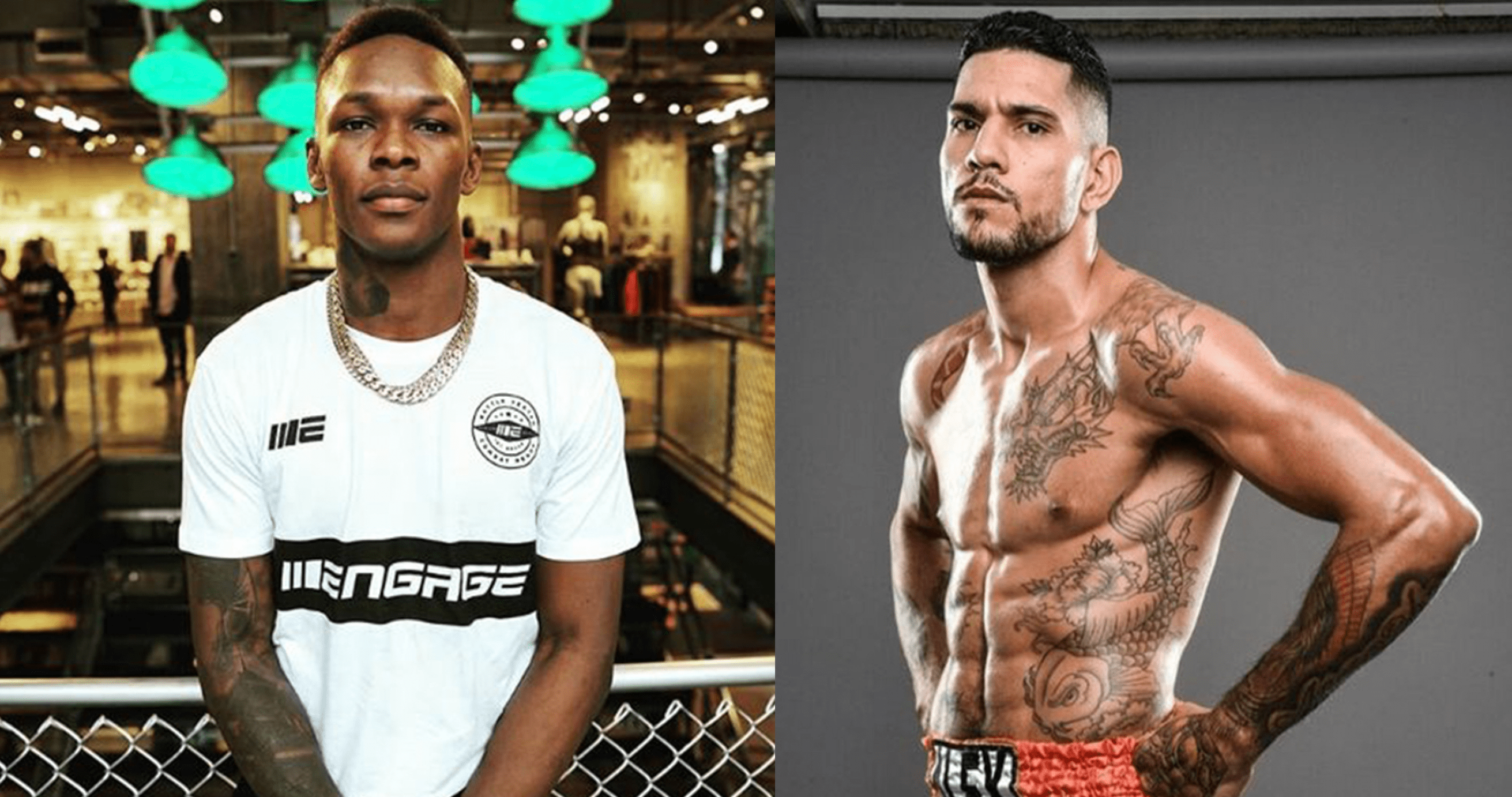 Alex Pereira believes UFC middleweight champion Israel Adesanya would be unwilling to fight him again, having already lost to him twice. The current GLORY middleweight and interim light heavyweight champion is open to the possibility of a trilogy fight with ‘The Last Stylebender’ in MMA.

Pereira defeated Adesanya in 2016 via unanimous decision, before viciously knocking him out at Glory of Heroes 7 the following year. The knockout remains the only knockout loss Adesanya has suffered in his entire combat sports career.

Adesanya remains unbeaten in his MMA career, and is fresh off a successful title defence against Paulo Costa at UFC 253.

Only Man To KO Adesanya

In an interview with BJPenn.com, Pereira said he was impressed by Adesanya’s recent win over Paulo Costa but doesn’t believe Adesanya would fight him again.

“Even before Adesanya fought ‘Borrachinha’ I said in interviews it’d be a tough fight,” Pereira said. “I fought Adesanya twice and I know how dangerous he is. He’s tough, very smart, agile, a complete fighter as a kickboxer, and in MMA. Paulo had been doing a great job so far in his career and could win that fight, but it was a bad style matchup for him. He needed to do some changes.

“I don’t think Adesanya would be interested in that fight. I beat him twice and I’m the only man to KO him. We never know what the future holds. It could happen someday.”

Pereira confirmed in the interview that he trains MMA in an effort to enhance his grappling skills. Adding that MMA training also helps him keep his striking skills sharp.

“I do train MMA and the ground game, but of course my priority is my striking as I’m a champion in the best Kickboxing organisation in the world and I need to be at the top of my game. Training MMA actually helps a bit with that.”

Interestingly, Pereria said that his contract with GLORY allows him to compete twice a year for LFA, which is a UFC feeder league. Although GLORY currently is not holding events due to the COVID-19, kickboxing is still his main focus, with some possible superfights on the horizon.

“My GLORY contract allows me to fight MMA twice a year on LFA, but my focus is on GLORY. I’m very well paid and they have great plans for my career. I’m the MW champion and the LHW interim champion. I want to square things with Artem Vakhitov to unify the LHW belt. After that the plan is for possibly superfights with Badr Hari and Rico Verhoeven.”

The Brazilian 33 year old also addressed a fake Twitter account claiming to be him. Although Pereira initially found it amusing, he didn’t appreciate the fake account claiming he had signed with the UFC recently, something which could have hurt his business relationship with GLORY.

“That first tweet using the Jon Jones quote to Daniel Cormier was clever, but it stopped being funny when the guy started talking to people like he was me and posted that I signed with the UFC. That could put me in trouble with GLORY, I could be fined and have other issues because many media in Brazil and the US published it like it was real. It was nice to see that people and media are interested in seeing me fight, but there’s a correct approach to everything.”

How would a Alex Pereira vs Israel Adesanya trilogy fight inside the UFC Octagon play out?