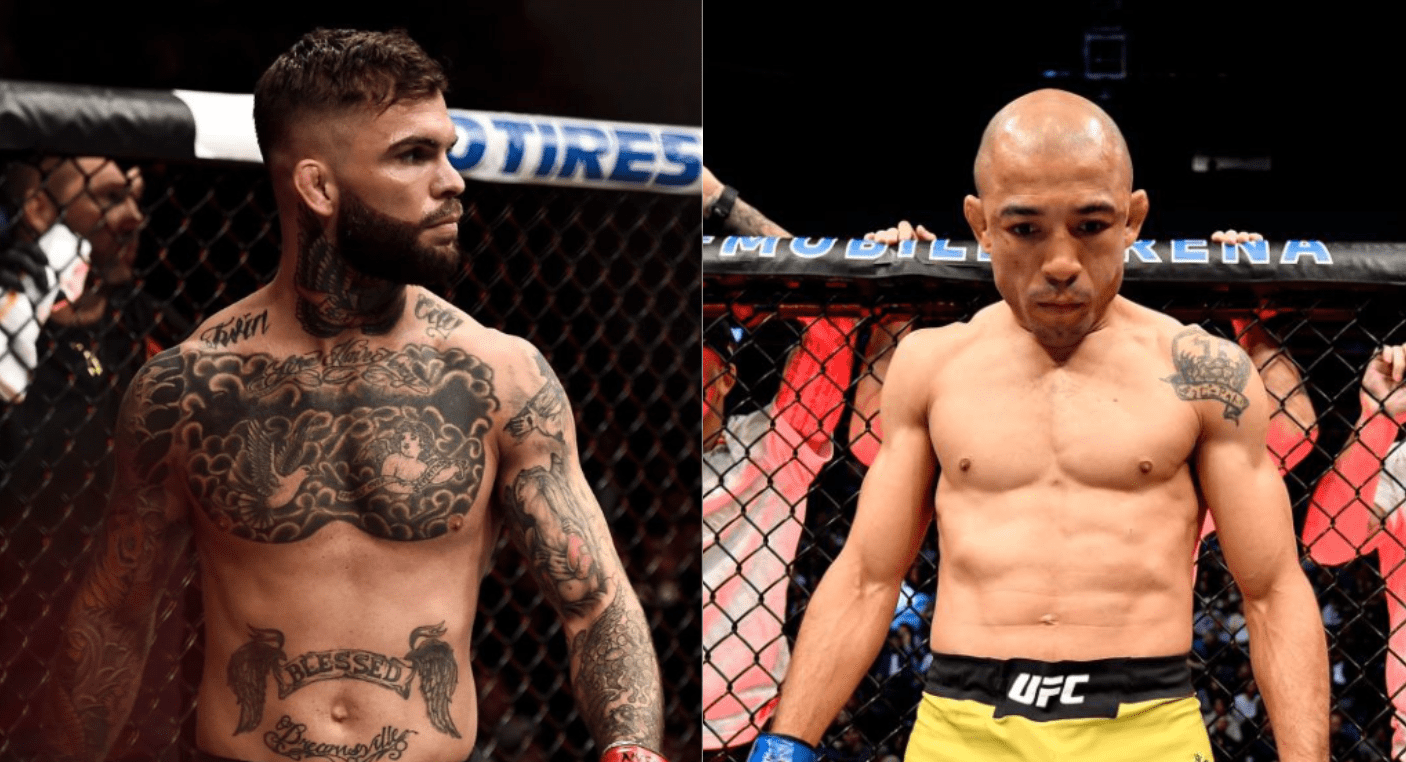 Former UFC bantamweight champion Cody Garbrandt wants a shot at flyweight champion Deiveson Figueiredo next, but in case that doesn’t happen, his manager Ali Abdelaziz has a backup plan in mind.

Garbrandt was scheduled to challenge Figueiredo at UFC 255, but had to withdraw with a bicep injury. After the Brazilian easily beat his replacement Alex Perez, and then fought out a majority draw with Brandon Moreno at UFC 256 to defend his 125lbs title twice in three weeks, Dana White confirmed that ‘Deus Da Guerra’ and ‘The Assassin Baby’ will run it back in the new year.

With not many options at bantamweight for his client, Abdelaziz told MMA Junkie that he wants Garbrandt to fight former featherweight champion Jose Aldo, who is coming off a unanimous decision victory over Marlon Vera at UFC Vegas 17.

“I’m interested in Cody Garbrandt versus Jose Aldo at 135 pounds,” Abdelaziz said. “If the flyweight champ is available, 100 percent Cody is the number one contender. That’s what Dana White says. If he’s not available, everybody is booked or coming from losses. I think Cody needs a fight to get him up, and I think Jose Aldo is a fight to get him up. I think that’s a five-round fight, main event. Why not?”

After beating Vera in the UFC’s last event of the year, Aldo called out TJ Dillashaw, who will return after a two-year doping suspension in January. The former bantamweight champion has expressed his desire to fight a top contender in the division, if he doesn’t get an immediate title shot. But Abdelaziz believes the 34 year old needs to earn a big name opponent.

“I think TJ needs to sit his ass down,” Abdelaziz said. “He’s not even in the rankings – or maybe he can fight Rob Font or some of these guys. But Cody Garbrandt versus Jose Aldo, I think that would be a huge fight for the UFC.”

“Cody Brings In The Superstar Factor”

Heaping praise on his fighter, Abdelaziz said that Garbrandt is a major draw, and the flyweight and bantamweight divisions need names like him to grow. He also said that ‘No Love’ is constantly improving under his new trainers, and is a major problem for everyone in both weight classes.

“No disrespect to the champs at ’25 or ’35, Cody is the biggest name in these two divisions,” Abdelaziz said. “He’s one of the biggest stars in either division. For the divisions to grow, they need names like Cody. Cody brings in the superstar factor. Win or lose or draw, it’s good for everybody. A healthy, focused Cody Garbrandt is a very dangerous Cody Garbrandt. I think he can beat anybody on any given night, as long as he is healthy and focused, and I believe he matches up with the champ at 125 very well. I think he’ll knock him out. I think stylistically, Cody is a very bad matchup for Petr Yan, too. To be honest with you, I think Cody, he fights Aldo, he wins, he goes down and fights at ’25 and then comes back and try to be a double champ.

“Cody is still 27 years old. He’s young. We think of Cody Garbrandt as an old guy, but now he has Chris Holdsworth and Mark Henry working together. He has an amazing team, and Danny Castillo and all those guys, they are all cooperating. They brought somebody like Mark Henry in, and they put all their great minds together. I think great things can only come out of there.”

Would you be interested in a fight between Cody Garbrandt and Jose Aldo?