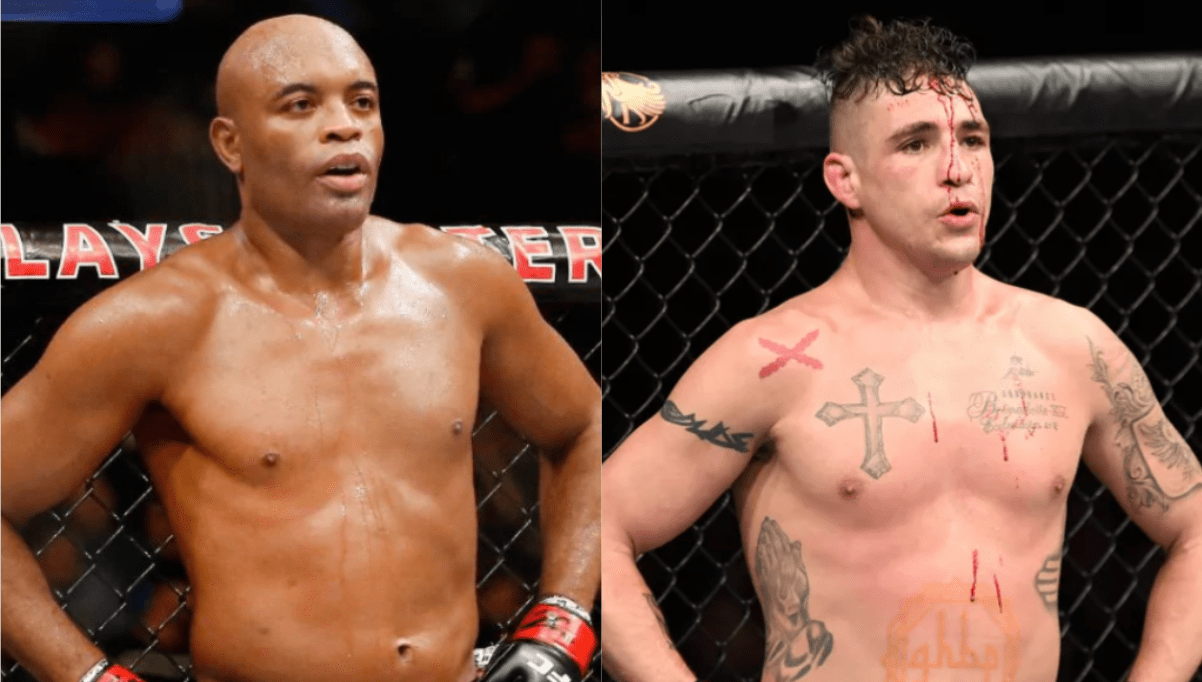 UFC legend and former middleweight champion Anderson Silva, has announced that his fight against Uriah Hall on October 31st is likely to be the last fight of his career.

“Maybe This Is My Last Fight”

Speaking to ESPN, Silva discussed how hard he is training for potentially his last ever fight inside the Octagon.

“Maybe this is my last fight,” Silva said. “That’s why I’m training hard every day, doing my best. My whole team has come to help me. Everybody is in quarantine to start training. I’m very excited because I think this is my last performance inside the cage, for my fans. We’ll see.”

Although ‘The Spider’ believes that walking away with the belt around his waist would be the ideal way for him to leave the sport, he acknowledges that this is unlikely.

“The good story is Anderson Silva fights again for the belt and wins, and then is done — but that’s a script, you can’t do this in real life,” Silva said. “I’m excited to continue working, doing something special. This fight will help me create something huge inside my mind for my fans, my legacy.”

UFC president Dana White had earlier confirmed that the Brazilian’s bout would be his last one.

“Yes, it will be his last fight,” Dana said.

“This Could Be My Last Fight”

Another UFC veteran planning his retirement from the sport is Diego Sanchez. The 38-year-old has four fights left on his contract but claims that any of those bouts could be the last one for him.

In a recent episode of Real Quick With Mike Swick Podcast (transcribed by MMA Fighting), ‘The Nightmare’ discussed his upcoming fight against Jake Matthews at UFC 253 and the possibility of this being his last fight.

Sanchez admits being scared of retirement at a young age but claims that things have changed now and that he can “see the light at the end of the tunnel”.

“Look, here we go, I’ve got four more left,” Sanchez said. “I’ve signed my last contract with the UFC. I’m gonna ride these last four fights out and I’m done. I can see at the end of the tunnel, I can see that light, but I’m not afraid of it anymore. Before, for so many years I used to be like, ‘No, I’m not even gonna think about that. I’m not gonna think about retirement.’

“I remember when I was 27 I was like, ‘When I’m 37 years old I’m gonna look at everything. I’m gonna see where my health is at, I’m gonna see where my money’s at, and if it’s time, maybe I’ll take a couple more fights.’ Then I hit 37 and I’m like, I feel better at 37 than I did at 27. So I guess I’m gonna stick with it and now it’s to the point where it’s like, alright, be grateful for what you got and get these last four with your mental health, with your speech, with the ability to do other things outside of fighting, like be a father.”

For the fans who expect another brawl on September 26th, Sanchez denied the possibility because of the circumstances he would fight in.

“I’m at the latter stages of my career, so I don’t feel pressure to go in there and put on this great performance that I’ve always been putting on for the fans,” Sanchez said. “There ain’t gonna be no fans there, it’s just me and him, it’s gonna be quiet, and that’s back to The Ultimate Fighter. That’s rooted, ingrained in us.”

For Sanchez, fighting is more of an art than a sport. The welterweight has his mind on much bigger concerns and reveals some of his plans after walking away from the Octagon.

“I was never really, truly learning anything at Jackson-Wink,” Sanchez said. “I was just training with a bunch of a group of guys to where it was like a wrestling practice. Like a wrestling room, let’s get our wrestling, let’s get our drilling in, so now I have a better understanding now, especially for the mixing of the striking and the grappling. Fighting in the transitions and going past the martial arts to understanding human movement, this is everything. You can have a better understanding for your breathing, moving, and be the paint brush out there on the canvas called the UFC octagon. Gracefully.

“I’m trying to put my last touches of magic out there on the UFC. Finish out these four last fights. But if this is my last fight, this is my last fight. I don’t know if the UFC is gonna last, what’s gonna happen with the coronavirus and this current state that the world is in right now. You’ve got to be realistic about it and I am being realistic about it and that’s why I’m like, this may be my last fight because I don’t have many plans of getting in the backseat. Me and Joshua, we’re planning our retirement on the mountain on the other side of the city in the safe place, you know? So we’ll see what happens. I will never lose hope for humanity and I just hope that we can put it all together, that we can get this s*** under control and that what needs to be rebuilt is rebuilt.”

How do you think Anderson Silva and Diego Sanchez will get on in their upcoming fights, which could potentially be their last?