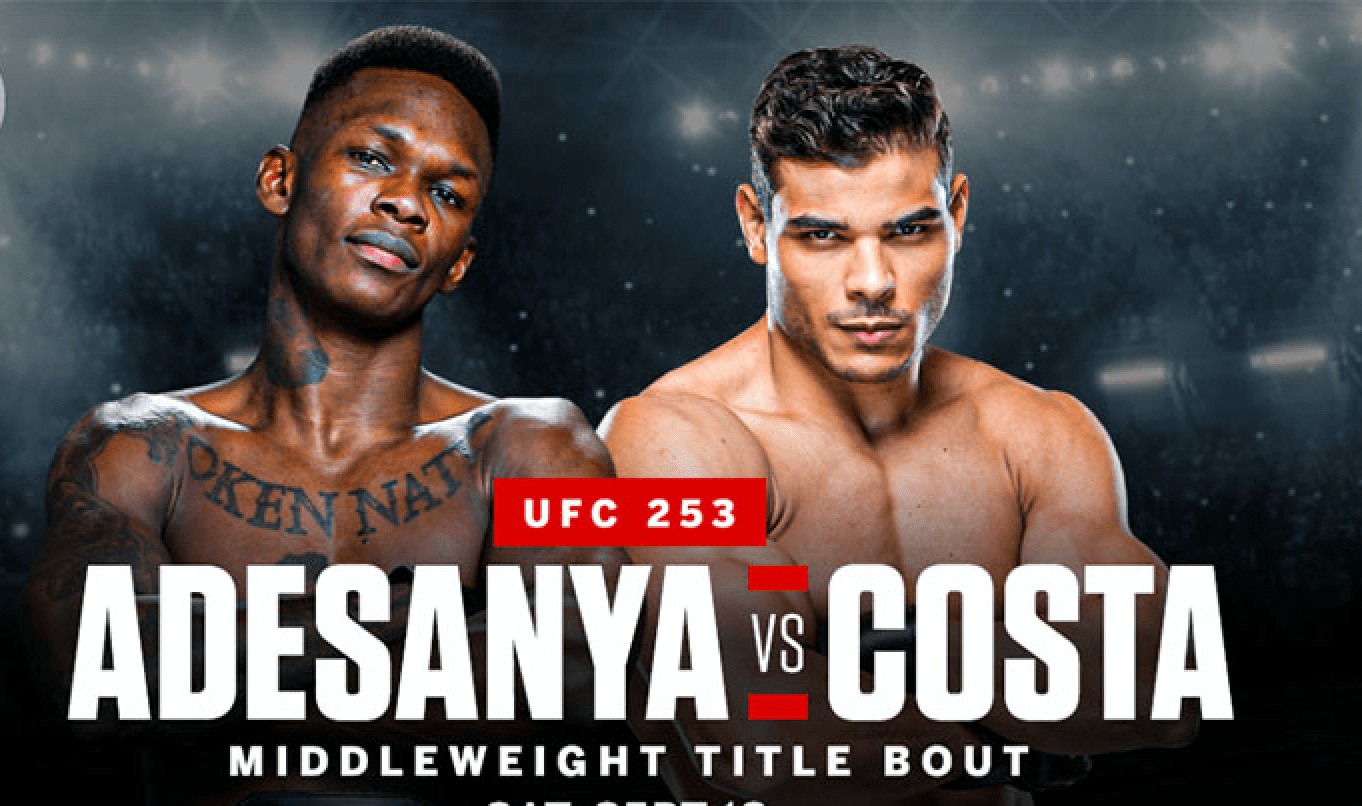 The long awaited middleweight clash between Israel Adesanya and Paulo Costa will go down at UFC 253, which goes down on September 26th. Although a location hasn’t been confirmed yet, it’s likely to take place on Fight Island, on Yas Island in Abu Dhabi.

Adesanya will defend his 185lbs title in the main event against Costa, where someone’s 0 has to go. ‘The Last Stylebender’ will go into UFC 253 with a perfect 19-0 record, coming off a successful, yet lacklustre, first title defence against Yoel Romero at UFC 247. The 31 year old’s 2019 was anything but lacklustre however. After beating Anderson Silva at UFC 234, he then beat Kelvin Gastelum in a fight of the year contender at UFC 236. Before beating Robert Whittaker at UFC 243, to win the belt.

Costa is also coming off a win over Romero, at UFC 241. Although this was far from lacklustre. The win took ‘Borrachinha’s’ unbeaten record to 13-0. It was also the only time the Brazilian 29 year old had been the distance in his professional MMA career, with it going to the judges’ scorecards after 15 minutes of non-stop action.

In the UFC 253 co-main event, Dominick Reyes and Jan Blachowicz will fight for the light heavyweight title, after Jon Jones vacated the title to pursue the heavyweight belt. ‘The Devastator’ is coming off the only loss of his career, a controversial unanimous decision to Jones at UFC 248, in a fight many thought he won. The Polish 37 year old is on a three fight win streak, with impressive wins over Luke Rockhold, ‘Jacare’ Souza and Corey Anderson.

As we get closer to UFC 253, we will add the very best pre-fight videos to this page. Including the official promos, the face offs and the Embedded Series. We will also add the official weigh-in results below.

Who will leave UFC 253 as the respective champions, Israel Adesanya or Paulo Costa, Dominick Reyes or Jan Blachowicz?