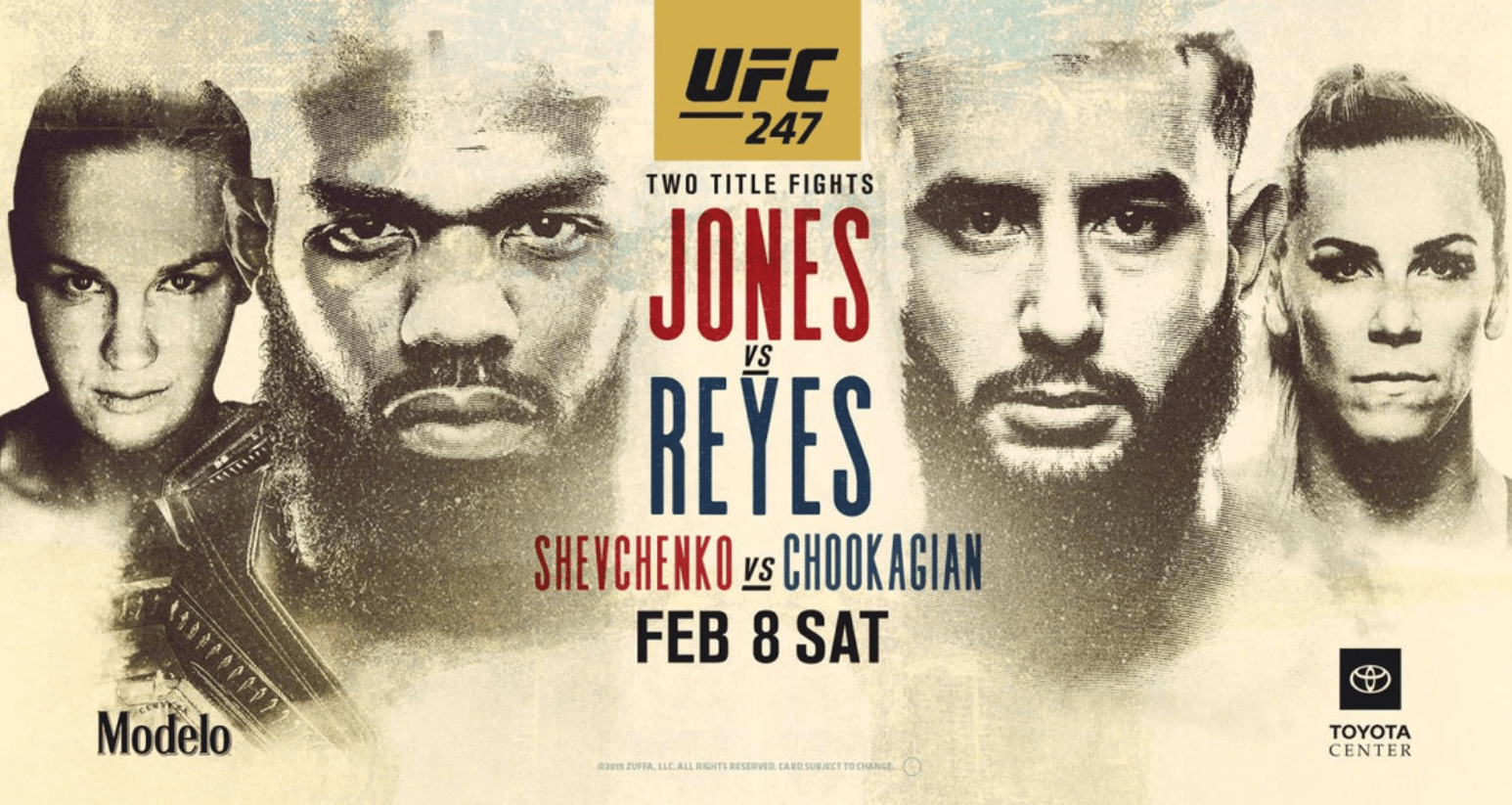 UFC 247 goes down Saturday night at the Toyota Center in Houston, Texas. The promotion’s second pay-per-view card of the new year and the new decade sees title fights in the main and co-main event. In the headline bout, Dominick Reyes challenges Jon Jones for the UFC light heavyweight title.

The UFC 247 co-main sees Katlyn Chookagian challenge Valentina Shevchenko for the UFC flyweight title. Elsewhere on the card, Derrick Lewis welcomes Ilir Latifi to the heavyweight division, Andrea Lee and Lauren Murphy face off at flyweight, and after Antonio Arroyo was forced out of his middleweight clash with Trevin Giles on Friday, James Krause steps in on just 24 hour notice to face Giles and save the fight.

Ahead of UFC 247, all 24 fighters made weight. You can check out the official weigh-in results, along with all our pre-fight videos, here.


And you can check out our UFC 247 post fight videos page here: