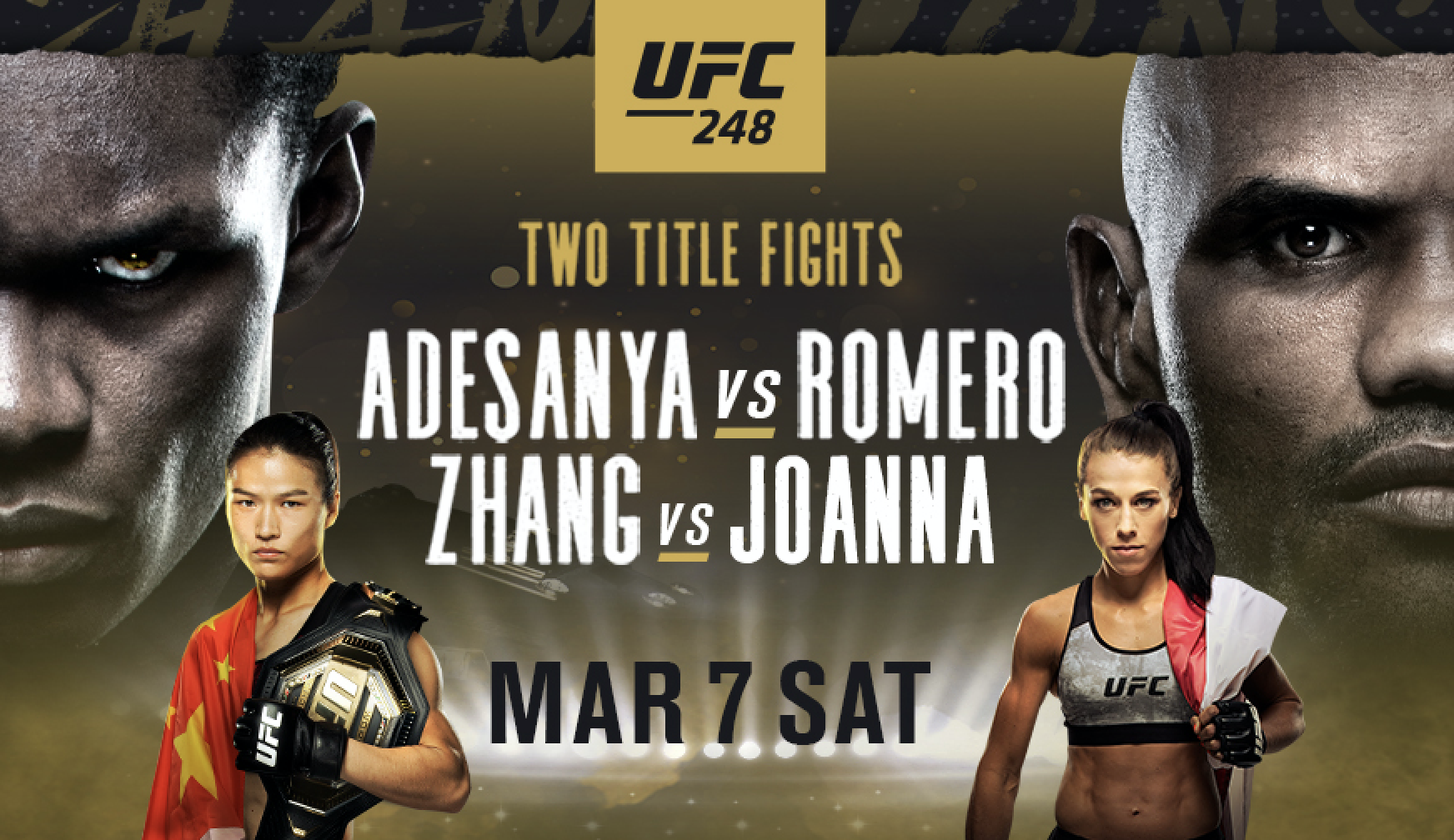 UFC 248 goes down on March 7th at the T-Mobile Arena in Las Vegas, Nevada. The UFC‘s third pay-per-view card of the year will see Israel Adesanya defend his middleweight title against Yoel Romero and Zhang Weili defend her strawweight title against the former champion, Joanna Jedrzejczyk.

After knocking out Robert Whittaker in the second round at UFC 243 in front of 55,000 thousand fans inside the Marvel Stadium in Melbourne, Australia, UFC president Dana White confirmed that Adesanya’s first title defence would be against Paulo Costa.

However, after Costa was forced to undergo surgery on his injured bicep, Adesanya decided to take a fight with the man no one wants to fight, Romero, rather that wait for the unbeaten Brazil to return from his operation.

And if the main event wasn’t enough to look forward to, the UFC 248 co-main event will see Zhang make her first strawweight title defence against Jedrzejczyk.

As we get closer to UFC 248, we will post the very best pre-fight videos to this page, including the Embedded Series, Open Workouts, Face Offs and Weigh-ins. As well as the official weigh-in results.

And we will start off with the pre-fight press conference, which went down in Houston, ahead of the UFC 247 ceremonial weigh-ins. The press conference featured Israel Adesanya, Yoel Romero and UFC president, Dana White.

* Whitmire missed weight by 1.5lbs and will forfeit 20% of her purse to Viana


Adesanya and Romero dance off: