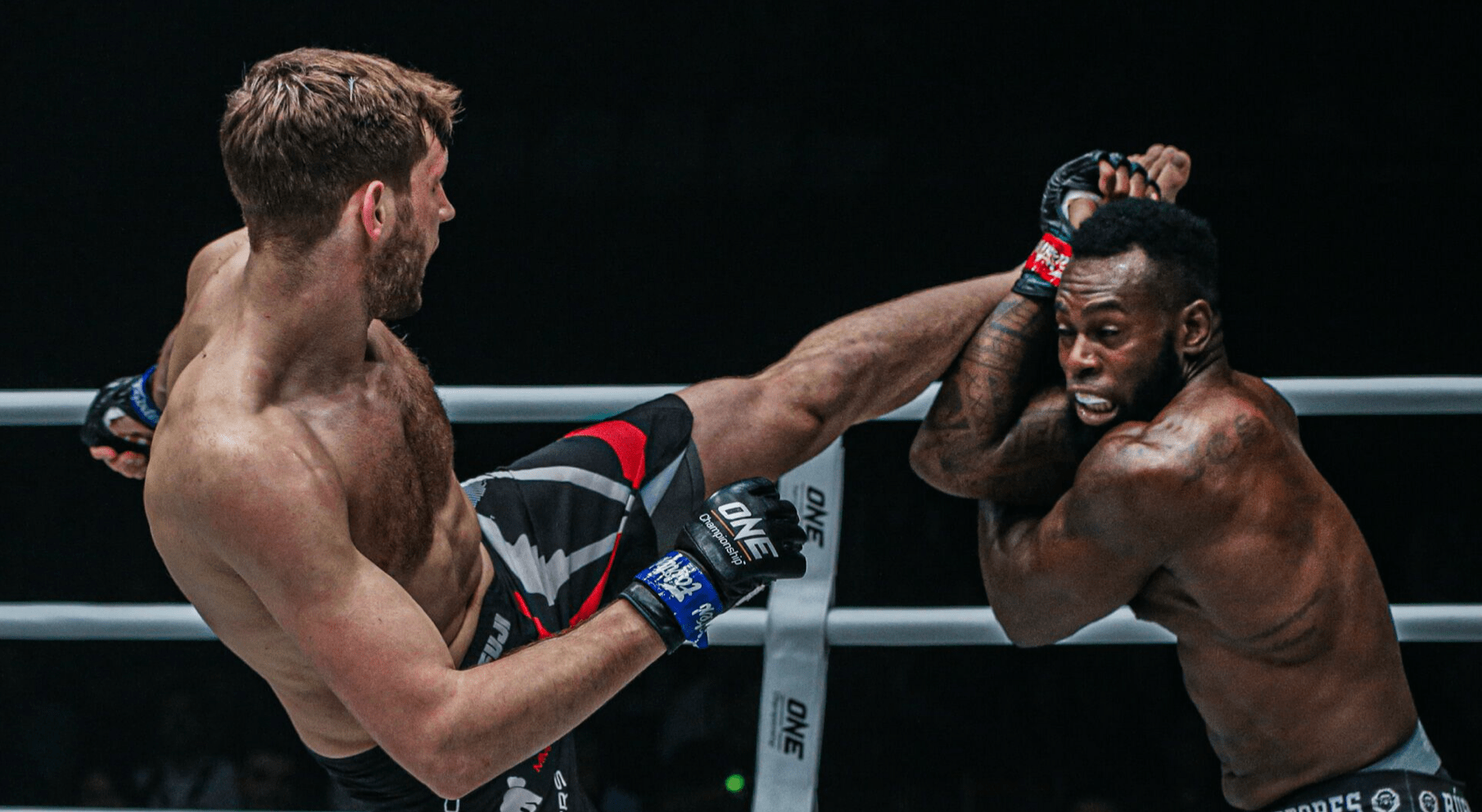 ONE: Warrior’s Code went down on Friday night at the Istora Senayan in Jakarta, Indonesia. After Antonis Muyak missed weight and failed her hydration test, ONE Championship that her bout with Demi Yulianto was cancelled. This left eleven bout on the card, eight mixed martial arts and three Muay Thai. One of those Muay Thai clashes came in the main event, where Petchmorakot Petchyindee Academy beat Pongsiri PK SaenchaiGym via unanimous decision, to become the inaugural ONE featherweight Muay Thai world title.

In the ONE: Warrior’s Code co-main event, Reinier de Ridder secured a middleweight title shot against ONE Championship‘s double champion Aung La Nsang, by beating Leandro Ataides in an entertaining encounter inside the ONE ring. And before that, the former ONE featherweight champion lost to Iuri Lapicus via a first round rear naked choke, having moved up to lightweight.

Elsewhere on the ONE: Warrior’s Code card, Koyomi Matsushima TKO’d Kim Jae Woong in the third round after a back and forth first two rounds, and Japan’s 20 year old unbeaten phenom Itsuki Hirata, scored a third round TKO win over a very tough Nyrene Crowley.

You can see the full results from ONE: Warrior’s Code here.

After the main event, we spoke to Petchmorakot and de Ridder. You can find our exclusive interviews with the main and co-main event winners below, along with the full highlights from Jakarta.

Next up, ONE Championship heads to Singapore for ONE: King Of The Jungle, where Stamp Fairtex will defend her ONE atomweight kickboxing title against Janet Todd in the main event. While Sam-A Gaiyanghadao and Rocky Ogden will contest for the inaugural ONE Strawweight Muay Thai world title in the co-main event.