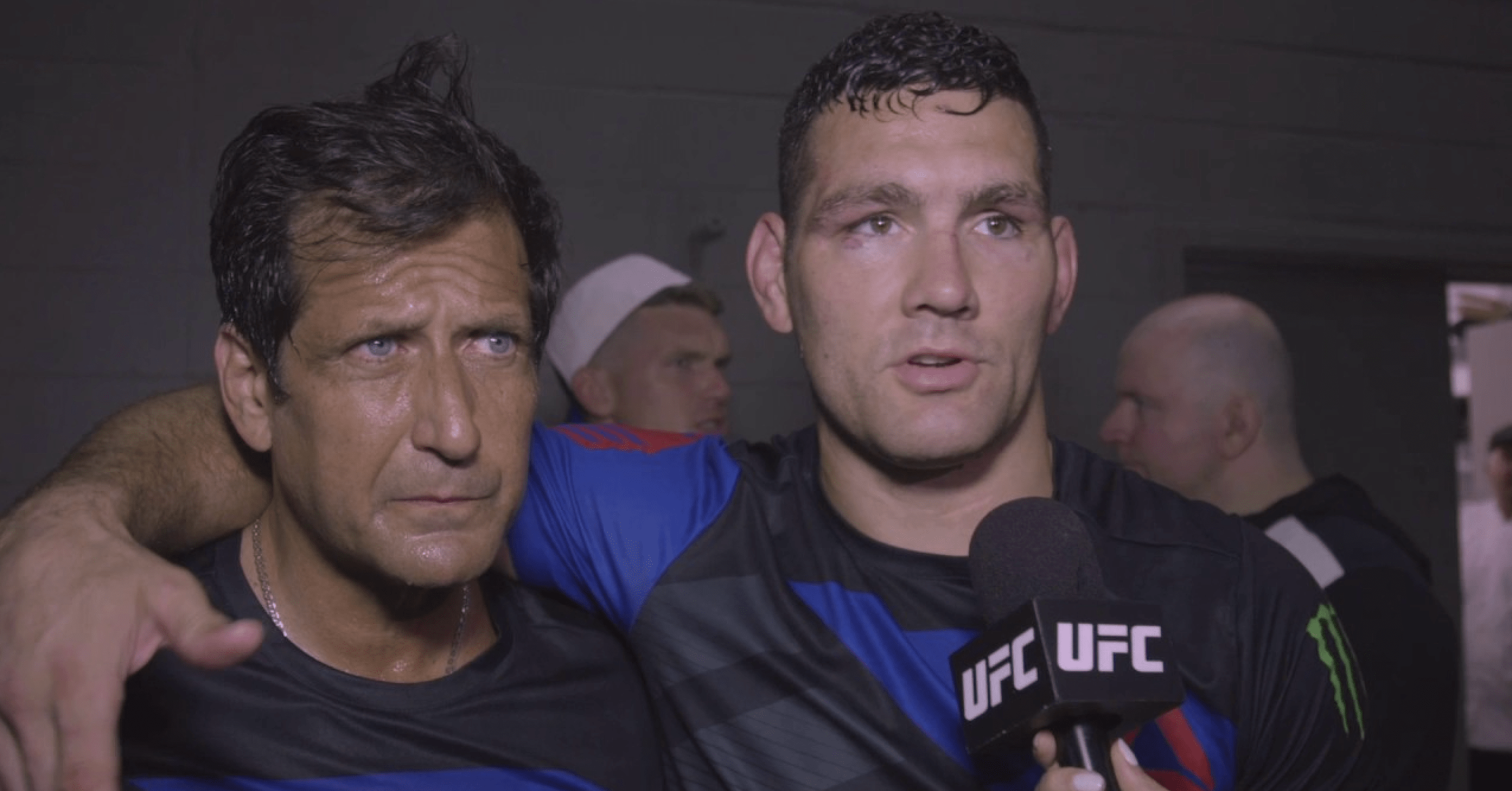 The UFC’s decision to continue with UFC 249 and other scheduled events at all costs has divided the MMA community. One of the most respected coaches in the game, Ray Longo, is on the side of the debate that believes all MMA events should be postponed. He has two fighters who are scheduled to compete at upcoming UFC events, but he is unable to provide them with proper training camp due to the coronavirus outbreak.

Former UFC middleweight champion Chris Weidman, is set to fight Jack Hermansson on May 2nd at UFC Oklahoma City. And the idea of his man competing with a makeshift training camp isn’t sitting well with Longo.

“He’s trying, yeah, definitely, but he’s got to do it at his house. I really wish the UFC would’ve just come out and cancelled a couple of shows because I don’t like to see these guys go in compromised, you know what I mean? They’re definitely not getting near a normal training camp. I even have Matt Frevola; he thinks he’s fighting on April 26th, which I just don’t see it’s a possibility,” Longo told MMA Junkie.

He is training Weidman via FaceTime app as he doesn’t want to get in contact with his fighters due to safety reasons.

“I don’t even trust myself,” Longo said. “The last thing I want to do, I would hate to pass something to someone else, to somebody that couldn’t deal with it properly. That would be a bad thing for me. I would regret that more than anything in the world. That’s why you have to do it by FaceTime.”

Longo stays in contact with Frevola, but not physically because of the same reason. However, he does let him train in the gym under special conditions.

“I let him get in the gym, which I probably shouldn’t be doing,” Longo said. “It’s just him and another guy sparring, but it puts everybody in an awkward position because I really don’t want to do it, but then again, I want to see the kid get his work in. So it just kind of sucks, man.”

Ray Longo’s gym is located in New York, which has more than 138,000 coronavirus cases to date, and more than 5,000 fatalities.

“If you’re from New York, I don’t know how everybody else is dealing with it, but I got to tell you, New York is a s*** show. You’re staring to hear, it was like six degrees of separation, but now we’re two degrees away from people that we know that are dying and just the people that are losing [someone], saying goodbye on a walkie-talkie outside the hospital. It’s horrible.

“The stories are starting to pour in. I think the other day we lost 1,000 people in New York, and they say we’re not even close to the peak yet. So it’s hard to focus on something that’s more of an enjoyment to you, but this is real life. It’s not a joke, and it’s hard to get past all that. My point to Matt Frevola was, ‘Look, man. I think you should chill because you still live with your father. He’s like my age, and you can get that guy in a lot of trouble if things go south.’

“So everybody is in a weird position. I really wish they (the UFC) would just call and say, ‘Hey, you’re not fighting for a couple of weeks,’ at least the guys in New York. ‘Guys, chill out. I know what you’re going through. We’ll get you fights in June, July, but right now chill out.’ It’s hard to abide by what everyone is telling us to do and stay in the house when guys think they’re still fighting and trying to get camps in.”

Do you agree with Ray Longo and believe the UFC should have cancelled some of their upcoming events?