Dan Lambert: Nunes Is One Of The Greatest Male Or Female Fighters Ever 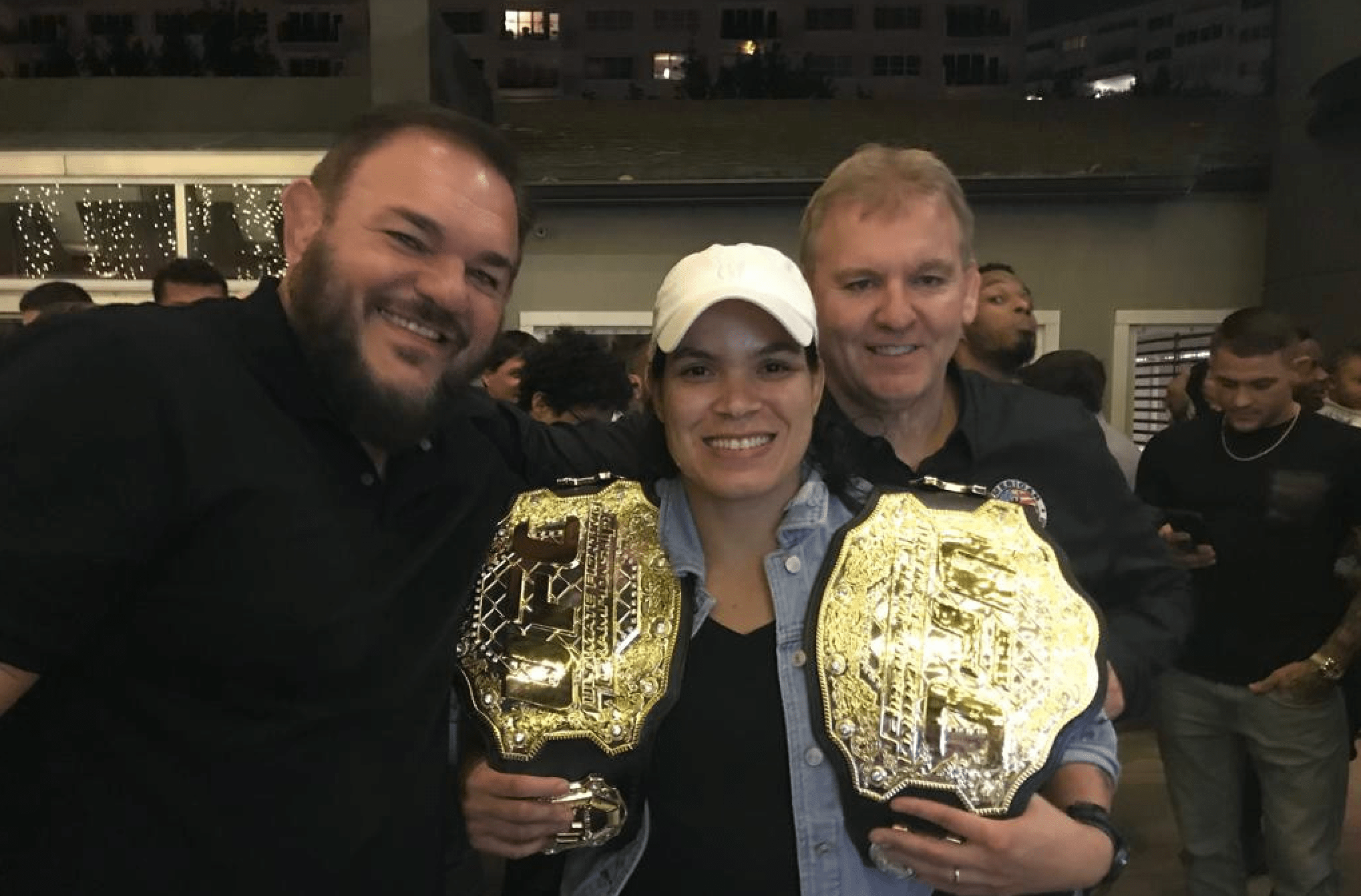 This weekend, fight fans will be privileged with the opportunity to watch Amanda Nunes face off against Felicia Spencer at UFC 250. When ‘The Lioness’ walks into the Octagon, she will be higher than a six-to-one favourite according to most oddsmakers. This is, however, consistent with her consideration as the greatest women’s MMA fighter of all time.

‘The Lioness’ received some high praises from American Top Team’s Dan Lambert, who spoke with MMA Fighting earlier this week ahead of Nunes’ fight this coming weekend.

“If it’s a conversation on the female GOAT, I don’t think there’s another name you can throw into the mix and have an argument over,” Lambert explained. “Pound-for-pound GOAT is what I think she’s working her way into the mix on. Male, female, weight division, anything. I think her name should be in that mix right now.

Nunes has championship performances over the sport’s stiffest competition, all of which were first round stoppages. ‘The Lioness’ hurt Miesha Tate early and finished her with a rear-naked choke at UFC 200. At UFC 207, Nunes handed Rhonda Rousey her walking papers with a vicious display of striking that was mercifully stopped before damage was done. Against Cris Cyborg at UFC 232, the two division champion handed her fellow Brazilian her first loss in 13 years, finishing her in under a minute. At UFC 239, Holly Holm sustained a devastating head kick from which she could not recover.

With this resumé, it is hard for anyone to deny that Amanda Nunes is the women’s GOAT; however, this is probably not sufficient praise for the career Nunes has put together. Commenting on the way in which Nunes probably transcends gender as far pound-for-pound rankings, Lambert included her name alongside the sport’s most celebrated champions.

“Just strictly females, it’s obviously not as big a pool of names. It hasn’t been around as long but I don’t think there’s anybody on the female side that can throw their name in that ring versus her,” Lambert said.

And while first round stoppages over Tate, Rousey, and Holm solidify Nunes in many fan’s eyes as a pound-for-pound contender for the greatest of all time, Lambert cited decision wins over Valentina ‘The Bullet’ Shevchenko to support his claims of Nunes’ GOAT status.

“If you just want to look at how good a fighter Holly Holm versus [Valentina] Shevchenko versus [Cris] Cyborg, versus Ronda [Rousey], versus Miesha [Tate], yeah I think Shevchenko is a better fighter than all of them,” Lambert said. “Two wins over Valentina Shevchenko speaks absolute volumes.”