Demetrious Johnson Has Interesting Take On The GOAT Of MMA 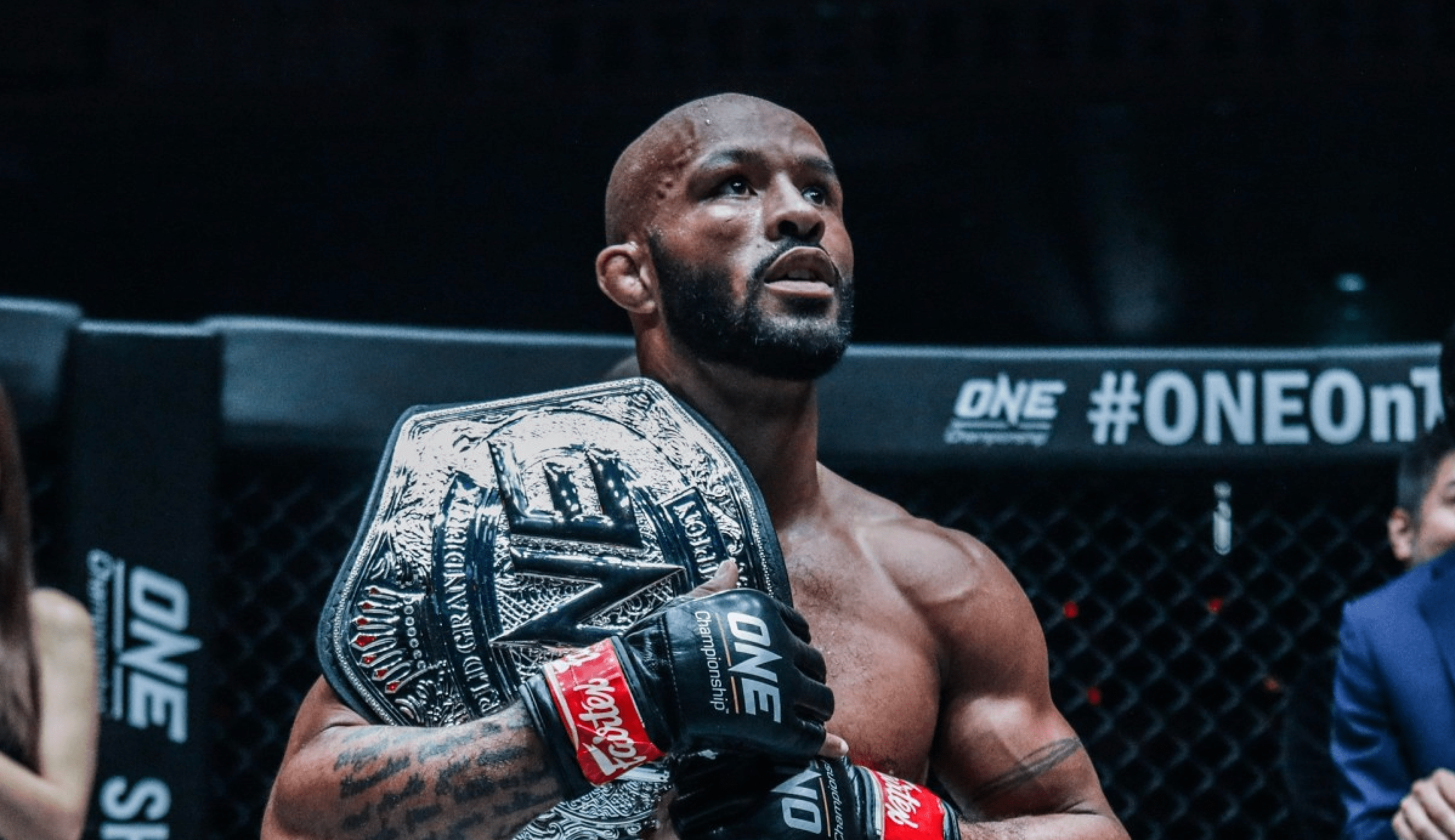 The last time Demetrious Johnson competed was in October 2019 at ONE: Century, where he won the ONE Flyweight World Grand Prix by beating Danny Kingad. He was booked to fight for the ONE flyweight title in April but the match was postponed as a result of the coronavirus. Come February 2021 however, ‘Mighty Mouse’ will finally get a crack at the title.

A Preview Of Retirement

Johnson is set to go through the entirety of 2020 without a fight. At one point, the pandemic made him ponder whether he would ever fight again. Speaking on Ariel Helwani’s MMA Show, the ONE Flyweight World Grand Prix champion discussed a year that saw him not fight at all.

“With the pandemic, me and the wife just had to keep the kids home for homeschool,” said Johnson. “We just went back on lockdown here in Washington state. It’s kind of given me a glimpse of what me retirement would be like.

“I’m still working, I stayed in shape, I kept a healthy lifestyle. But it was out of my control. And the best way to look at stuff that’s out of your control is just adapt to life. Adapt to what could be the new normal. You could potentially never fight again.”

While ONE Championship has resumed hosting events since July 31st, all events have been held in Asia. Being based in the United States, Johnson was unable to participate in any of the recent events.

“When ONE Championship was doing events earlier, they were doing it all in Thailand,” said Johnson. “All the athletes on the card lived in Thailand. International traveling was still down. ONE Championship operates in Asia; which is Singapore, Manila, Japan etc. That’s why I didn’t compete. Because they weren’t allowing American athletes to go over to Asia.”

“A ONE Championship Spin On The Apprentice”

Johnson was able to travel to Singapore last month to guest on “The Apprentice: ONE Championship Edition”. And he says that the show will share similarities with the show of the same name hosted by Donald Trump.

“It’s basically a ONE Championship spin on ‘The Apprentice’. The contestants will be doing a whole bunch of things. Not just business-wise but obviously physical. It was fun. I had a good time filming.”

One Of The Greatest

Oftentimes, Johnson’s name pops up when it comes to discussing the greatest of all time in mixed martial arts. Though he now competes in ONE Championship, the 34 year old established his name in the UFC, putting himself in the conversation for the greatest ever when he defended the UFC flyweight title a record-breaking eleven times. However, he’s uncomfortable with the GOAT label.

“I will say that I’m one of the best to ever do it. I might not be better than Jon Jones or GSP (Georges St-Pierre). But when it comes to what I’ve achieved in my career, what I’ve done, and what I can do, I will say I’m one of the best to do it. As a flyweight, I’ll name all my accolades. But when it comes to greatest of all time, there’s just so many great athletes to compare ourselves to.”

Personally, Johnson’s pick for greatest of all time goes to Jon Jones. But with regards to pound-for-pound greatest, ‘Mighty Mouse’ thinks he would have the upper hand over the former UFC light heavyweight champion were they in the same weight class.

“Somebody asked me ‘Why would you vote for Jon?’ And I was like, ‘Because I believe he can beat everybody at light heavyweight and I think he can beat everybody at heavyweight,'” Johnson said. “Don’t get me wrong, if I was Jon Jones’ size, I’d probably f*** him up because I know mentally and physically, I would push him. I’ve pushed people before, and I know I would push him.”

After a successful run in the UFC, Johnson has made it clear that he wants to finish his fighting career in ONE Championship, where he has gotten off to a stellar start.

“I’m gonna retire in ONE Championship,” said Johnson. “This is my last stop.”

Johnson is set to face Adriano Moraes for the ONE flyweight title after a long wait, and he sings the praises for his opponent.

Can Demetrious Johnson become the ONE flyweight champion when he faces Adriano Moraes on February 24th, 2021?