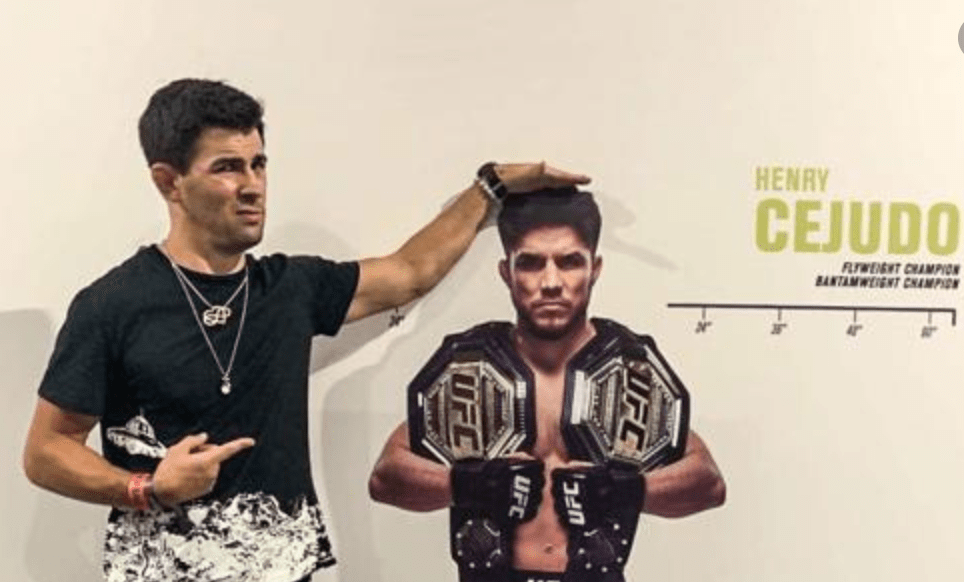 The coronavirus pandemic has impacted another UFC card. Dominick Cruz will now challenge Henry Cejudo for the bantamweight title at UFC 250, which is set to go down on May 9th. The card was originally scheduled to take place in Sao Paulo and feature Jose Aldo in the main event. The card however, is now expected to take place at the UFC’s secret location in the US. Thought to be the Tachi Palace Hotel and Casino in Lemoore, California.

According to Combate, Aldo’s work visa has expired and is unable to have a new new document issued because the American Embassy is not providing this service during the coronavirus pandemic.

As a result, Cruz will step in and challenge Cejudo. The former champion hasn’t fought since UFC 207 over three years ago, when he lost the title to Cody Garbrandt. Prior to the loss, Dominick had won thirteen straight fights.

In the last hour, Cruz has taken to social media to announce the title fight.

To which Cejudo had the following response:

Cejudo hasn’t fought since UFC 238 almost a year ago, when he beat Marlon Moraes to win the UFC bantamweight title. After winning the belt, ‘Triple C’ underwent surgery on his left shoulder.

Earlier this week, Cruz said he was prepared to step in on late notice to replace Aldo, should the former UFC featherweight champion be unable to take the fight.

The announcement comes just hours after Frankie Edgar offered to step in for Aldo.

To which the 135lbs champion gave a typical ‘Triple C’ response.

Cejudo has had a busy couple of hours, the man also known as ‘The King of Cringe’ also hit out at his fellow bantamweight, Aljamain Sterling.

‘The Dominator’ has long campaigned that ring rust does not exist. I guess we’ll find out on May 9th.

What do you think of the new UFC 250 main event between Henry Cejudo vs Dominick Cruz?